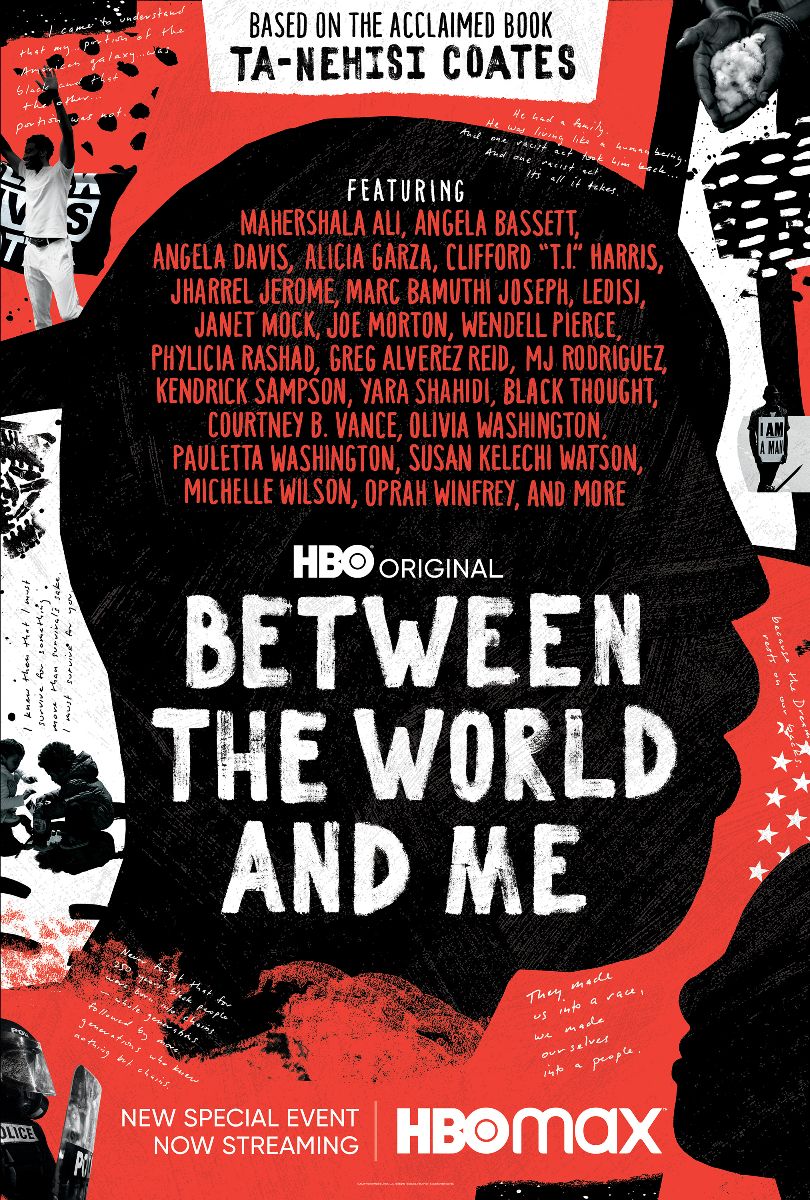 Between the World and Me, the special adaption of Ta-Nehisi Coates’ bestselling book, premiered yesterday on HBO Max. For those who don’t have HBO Max yet or weren’t able to watch, the great news is that the special will be made available for free on HBO Max on Wednesday, November 25th! Perfect timing for the Thanksgiving holiday.

HBO has also launched a four-part companion podcast that will be releasing new episodes on Mondays. You can find the first episode of the podcast here:

HBO’s Between The World And Me Podcast: https://link.chtbl.com/btwam

Check out additional details below!

HBO Special Event BETWEEN THE WORLD AND ME Available To Stream For Free On HBOMax.Com Beginning November 25

Following its debut this weekend on HBO Max, the HBO special event BETWEEN THE WORLD AND ME, a gripping adaption of the New York Times #1 bestselling book by Ta-Nehisi Coates and the Apollo stage performance of the same name, will be available to stream for free on HBOMax.com this Thanksgiving weekend, beginning November 25 through November 30.

BETWEEN THE WORLD AND ME will also be available to stream on HBO.com, on Free On Demand via participating partners, and will re-air on the HBO linear channel as part of the Thanksgiving free preview weekend.

HBO is proud to offer families the opportunity to stream this breathtaking, heartbreaking, and layered film for free. Coates’ book, which is now recognized as a classic of the Black Lives Matter era, has been reimagined during a global pandemic against the backdrop of the killing of Breonna Taylor and global protests for Black lives. BETWEEN THE WORLD AND ME is an urgent story of hope and resilience, exploring Coates’ vision of a race built beneath white supremacy, and a people built despite it.

Additionally, HBO’s Between The World And Me Podcast, co-produced by Spoke Media and Domino Sound, will be available on all major podcast platforms. Across four weekly episodes, the podcast weaves together in-depth discussions with thought leaders, educators and creatives to extend the conversation, unpack the film, and relive key moments from the landmark work. Episode 1 (“The Dream”) is available now, with future episodes “The Mecca,” “The Future,” and “The World” debuting on subsequent Mondays.

HBO’s Between The World And Me Podcast: https://link.chtbl.com/btwam

In addition to BETWEEN THE WORLD AND ME, viewers can sample the most popular series from the HBO Max library on the HBOMax.com/watch-free page with no subscription needed. The page currently features more than two dozen episodes and programs available to stream for free including “A West Wing Special: When We All Vote” and series premiere episodes of “Lovecraft Country,” “The Undoing” and “The Flight Attendant.”

BETWEEN THE WORLD AND ME is directed by Kamilah Forbes who also serves as executive producer; executive produced by Ta-Nehisi Coates, Susan Kelechi Watson and Roger Ross Williams. Williams’ production company ONE STORY UP produces.

Editor’s note: A previous version of this story mistakenly reported that Between the World and Me was part one of a four part special. Only the accompanying podcast is four parts.

In this article:Between the World and Me, BetweenTheWorldandMe, HBO, HBO Max, HBOMax, TaNehisi Coates, TaNehisiCoates