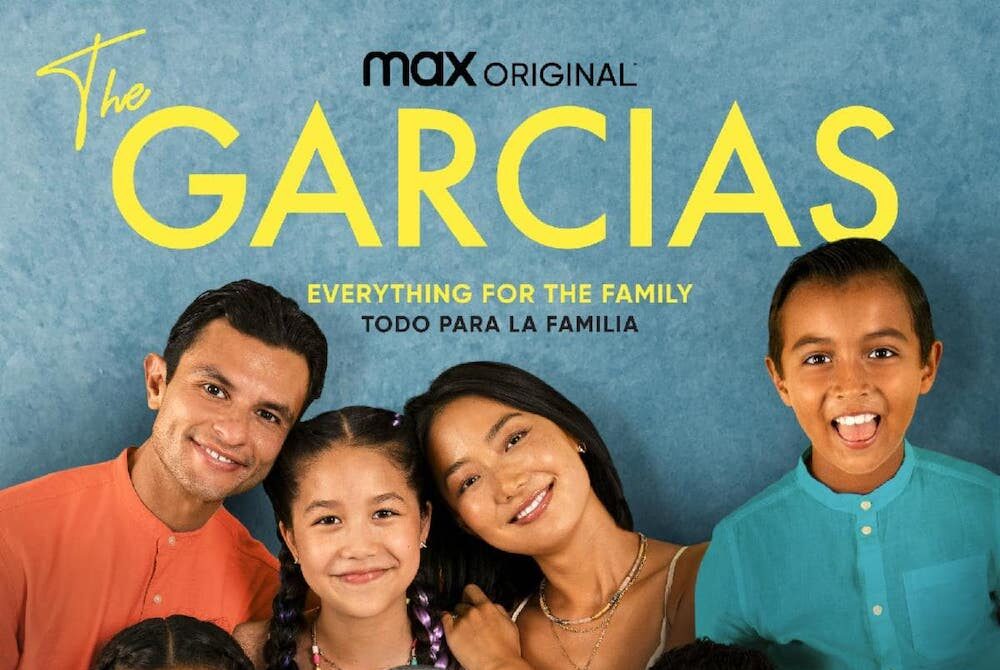 The Brothers Garcia, which premiered on Nickelodeon, was a groundbreaking show for its time; it was the first English-language sitcom to have an all Latino cast and creative team. The show ran from 2000 to 2004, and now returns 18 years later on HBO Max under a new name: The Garcias.

Fans of the old show are in for a treat revisiting the lives of their favorite characters, as the Garcias take the family on a vacation to Puerto Aventuras in Quintana Roo Mexico. Meanwhile, new audiences have plenty to look forward to as well. The fresh faces of the cast are stellar, the house they are in is beautiful, as is the Quintana Roo scenery of the new series.

The show handles pacing very well with a good amount of plot in each episode, especially with how many characters the show has. The Garcias is a family show at its heart, and regardless of the fighting or tension, each episode always ends on a good note, “feeling like a warm hug”, as Vaneza Pitynski (Lorena Garcia) puts it.

As a new fan, I was impressed with how there were thirteen characters in this series who all get a story arc. I loved how they were able to move the narrative along and keep the overarching plot going, while simultaneously developing a certain character or relationship at any given time.

The new additions to the cast are outstanding. Elsha Kim plays Yunjin Huh Garcia, married to Carlos Garcia (Jeffrey Licon). Their children are Alexa Huh Garcia and Andrea Huh Garcia, played by Trinity Jo-Li Bliss and Ayva Severy respectively. We get to dive into Yunjin’s relationship with her mom, Li Lin (Nancy J. Lee) when she visits, and they have such great chemistry that from the highs to the lows of their relationship, I could really experience the emotions that they were portraying. They really had me in my feelings.

Trinity and Ayva do a great job of bringing some levity to the show, and we get to see their characters just be kids, in contrast to other Hollywood projects where younger diverse characters are often just going through trauma. When they do face difficult times, it really does pull at your heartstrings! They’re great actors and I cannot wait to see what they do next in their future projects. Incredibly, the same is true of all of the kids in the show this season, including Oliver Alexander as Max Garcia and Maeve Garay as Victory Garcia. It was so refreshing to just see Latine/POC kids just be kids!

Nitzia Chama plays Ana Camacho Garcia, whose husband is George (Bobby Gonzalez), and this is her first time doing a show in English. In my interview with her, Chama spoke about wanting to represent Mexicans and Hispanics, that it’s okay to have an accent, and that’s just what she shows. Her character is fierce, hilarious, and a joy to watch. Also, Nitzia and Elsha have such great chemistry as well, I’d watch an entire spinoff about just the two of them on a vacation.

I should briefly mention Sonia and Ray Garcia, played by Ada Maris and Carlos Lacamara; they have such an adorable dynamic as a couple. Ray is often telling his family about Mayan culture, as he is writing a book on it, and it’s great to learn some things here and there throughout the show. There’s a point where he bonds with a family member over his book, and it was so touching! The chemistry they have with their characters’ grandchildren is precious as well! I found Sonia especially amusing, from the way her inner dialogue would rationalize things, to her struggle with the idea of retiring. She was endlessly entertaining.

There is too much I enjoyed about this season to list completely, from story elements to characters, but I genuinely enjoyed watching this family, and I felt as if I could relate to most of them, each for their own different reasons. Usually, with Hollywood projects, I’m lucky if I can relate to one aspect of a single character–if there even are Latinx characters!

At times, the music made certain scenes feel a little over the top and cliche. For example, one scene was extremely emotional, and I was feeling the emotion along with the actor, however, the music choice distracted me from the acting performance and broke my immersion. With that said, the screeners provided were unfinished, so it may be different in the final product.

Earlier on, some of the acting from the returning cast felt a bit forced at times. It didn’t always appear believable, which may initially be an obstacle for someone not fully into the show. Even an argument between two characters in the first episode felt like it blew up out of nowhere. Jeff Valdez (creator, showrunner, and executive producer) mentioned at the press conference that some of the cast members had not acted or written in 15 years, so perhaps that can contribute to the issues I saw. It must have been like restarting an engine after an extended period of time because I think everyone truly does deliver as the series progresses. After a few episodes in, I didn’t have this same complaint.

Initially, I found it annoying how George and Carlos treat Lorena and tease her, but when I interviewed Vaneza Pitynski, she had mentioned how getting back into this show felt like they had never skipped a beat because of how her brothers still picked on her and made fun of her character. I had no idea that was a part of their original dynamic, so in that context, I can see it from a new perspective. Lorena is one of my favorite characters on the show.

The Garcias is meant to be a show that is about a Latinx family just being people. They want to create a sense of normalcy, not just for Latinos, but for other communities as well. I feel like they mostly accomplished it, but I can’t say I felt fully represented as a gay Latino. There was a lack of major queer characters. Even if none of the Garcias are queer, perhaps there could have been a friend they met in Mexico, a same-sex couple in the salsa class, or one of the neighbors they meet. Not to say the show is without any LGBTQIA+ representation. The manage of Sonia’s Beauty Salon, Kim, is trans and played by actress Carmen Carrera. As Carmen says in this video, roles like these are important because we see her running the business and wanting to please Sonia in her decision to leave her in charge. I wish we could have seen more of Kim as she only appears in one brief scene, or have more LGBTQIA+ characters on the show in addition to Carmen.

Is being gay separate from being Latino? Not entirely. Being a queer Latino is a different experience, and they are both connected. Perhaps in a spin-off show, they can delve deeper into what other Latinx LGBTQIA+ individuals encounter in their family and community. Creating a sense of normalcy for Latines has to include queer Latines as well. Those experiences go hand in hand.

One thing I appreciated about this show is that they did not use that typical yellow filter Hollywood tends to use when showing other parts of the world such as Latin America, Africa, and the SWANA region. It is a way to create a sense of other-ing, and it’s offensive. In this show, Mexico just looks like real life! It’s unfortunate that the bar for showing another country on camera is so low that I feel the need to bring this up, but it’s a breath of fresh air to see it represented in a respectful way.

It’s also so great that this show delivers AAPI representation as well by having a mixed family through Yunjin and Carlos and their daughters! Jeff Valdez (creator, showrunner and executive producer) and other cast members consistently mention that this show is about normalizing people through their characters on screen. They’re normal people with normal jobs. This perspective is reflected. by showing mixed-race families as typical, regular individuals and their dynamic is so beautiful to watch on screen.

Earlier in the show there is a discussion about George always claiming that he’s Mexican, and how it’s obvious to people who grew up in Mexico that he isn’t really Mexican. His wife Ana even explains it to him further in which she makes good points. I can relate to George on that level because here in the United States, I am not white enough, while at the same time I may not be considered Mexican enough. A later episode deals with this plot point in a way that really moved me. For the sake of spoilers let’s just say as a third-generation Mexican-American, I felt as if they handled the topic really, really well. It almost felt like that moment was made exactly for me, and I am curious to see if others can relate to it as well when that episode drops!

Finally, I have to address the fact that some of these scenes and conversations were so validating. They speak about multiple issues, for example, the not being “Mexican enough,” as well as discussions about Mayan artifacts being stolen and not rightfully in Mexico/where they were found, to even the casting of Mayan roles in the entertainment industry. It’s great to have these things acknowledged in such a high-profile series on HBO Max. I hope we get a second season!