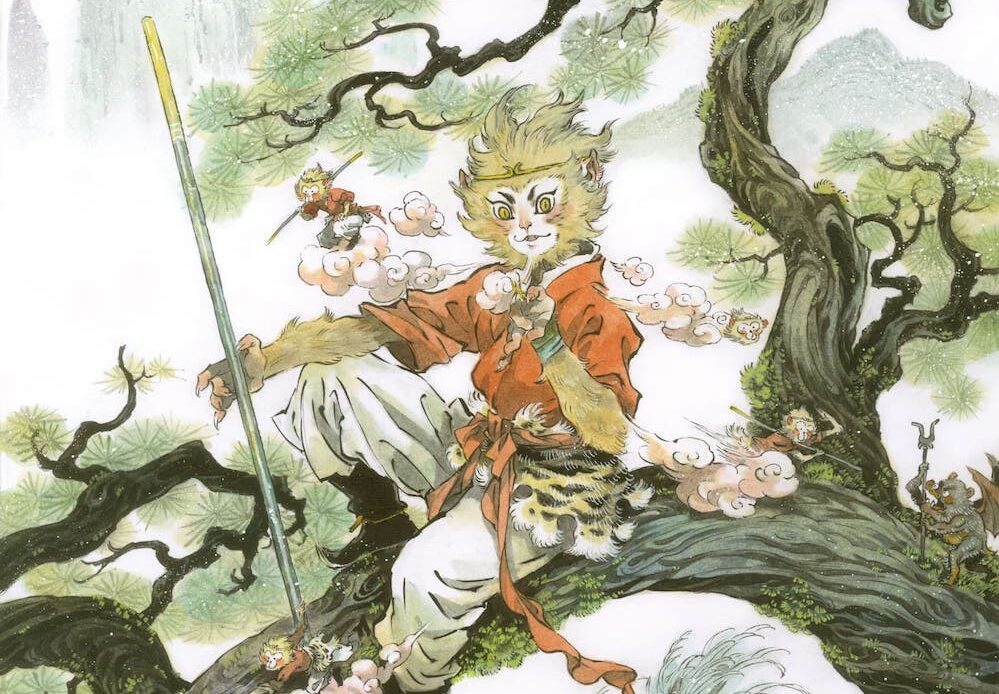 Hot off the success of DC Festival of Heroes: The Asian Superhero Celebration #1, which introduced Marcus Sun, the Monkey Prince, DC Comics is going all in with the announcement of a 12-issue Monkey Prince mini-series from my favorite comics creative team of Gene Luen Yang 楊謹倫 and artist Bernard Chang 張伯納! The series, which is set to release on Lunar New Year 2022, looks to introduce the iconic Chinese character Sun Wukong, the Monkey King, into the DC Comics universe and tell a story inspired by the legendary story Journey to the West.

The series will kick off with a special variant cover by Stanley “Artgerm” Lau 劉丕政 and it will also have a special team variant cover by artist Zao Dao 早稻. Needless to say, I will need all of these covers as the art is simply spectacular.

Check out all the beautiful character designs for the series below by Bernard Chang.

Continuing from May’s DC Festival of Heroes: The Asian Superhero Celebration #1 anthology comic where the character was introduced, DC’s Monkey Prince will return in February 2022 in a new twelve-issue comic book series from writer Gene Luen Yang 楊謹倫 and artist Bernard Chang 張伯納. The series will kick off on the Lunar New Year, February 1.

For fans who can’t wait for February to read more about DC’s Monkey Prince, a new short story, “Apokolips in the Heavenly Realm,” just posted to dcuniverse.com and dccomics.com. In this new tale, available now, you’ll see the classic Journey to the West characters—Sun Wukong, King Bull Demon, Princess Iron Fan, Red Boy, and Erlang Shen—defending the heavenly realm against Darkseid and his parademons!

DC, a WarnerMedia Company, creates iconic characters, enduring stories, and immersive experiences that inspire and entertain audiences of every generation around the world and is one of the world’s largest publishers of comics and graphic novels. As a creative division, DC is charged with strategically integrating its stories and characters across film, television, consumer products, home entertainment, interactive games, and the DC Universe Infinite digital subscription service and community engagement portal. For more information visit dccomics.com and dcuniverseinfinite.com.

On Wednesday, September 7th, I had the privilege of spending a toasty but beautiful afternoon on the Warner Bros. Burbank lot for a sneak...

Black Adam is very possibly the most important film of the year for Warner Bros. With a substantially trimmed down film slate and the...