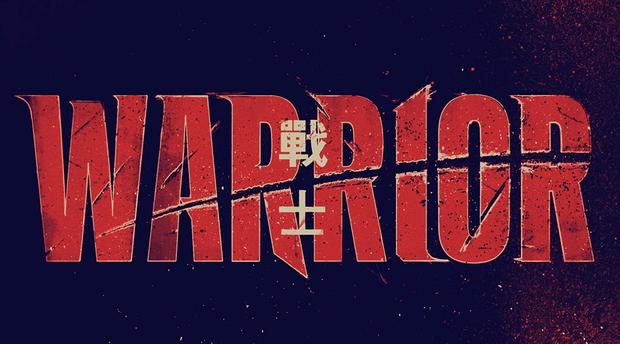 Cinemax’s new show Warrior is set in late 1800s San Francisco Chinatown during the infamous Tong Wars. It was created by Jonathan Tropper (Banshee), produced by Justin Lin (Better Luck Tomorrow, Fast Five, Star Trek Beyond) and Bruce Lee’s daughter Shannon Lee, and is based on the writings of Bruce Lee. That synopsis alone should demand your attention. However, the key questions to the show are these – which writings of Bruce Lee and why does it matter?  I believe it’s important to understand the history behind this show to fully appreciate its value, but if you just want to read the straight review, please feel free to scroll down below.

As a lead up to this show, Cinemax produced an excellent 8 part docu-series called Becoming Warrior.  For the uninitiated, in the late 1960s, Bruce Lee was still a fairly unknown actor in the United States, whose largest role to that point was probably the Green Hornet’s sidekick Kato in an otherwise unspectacular show that lasted one season. Lee had originally planned to open a series of martial arts schools in the US, not star in Hollywood. However, Lee was able to leverage his abilities and talents to become a martial arts instructor to several high profile Hollywood clients, including the President of Warner Bros. at that time. During the course of those lessons, Lee wrote a treatment for a television show where a martial artist would travel through the “American Old West” and pitched it to Warner Bros. The studio loved the concept and agreed to move forward with the show. Success! Bruce Lee would obviously usher in a golden age of opportunities for Asians and other diverse actors in Hollywood! Representation Matters and all is right with the world!

One problem – despite literally knowing first-hand Bruce Lee’s infectious charisma & unparalleled physical abilities, WB decided that they couldn’t cast an Asian (American) as the star of a show, and instead cast David Carradine. Seriously.

The show, titled Kung Fu, was a success, lasting 63 episodes and spawning a couple of spin offs and a TV movie. Fun fact, the Marvel comics character Shang Chi, who is a visual reproduction of Bruce Lee, was actually created because writer Steve Englehart and artist Jim Starlin were big fans of Kung Fu, the tv show. (A Shang Chi film is currently being developed by Marvel Studios, so MUCH more on that in the future!).

That incredibly disappointing situation convinced Lee to move back to Hong Kong in the hopes that he would have the opportunities that he clearly wasn’t being given in the US. Interestingly, upon moving, he found that his stint as Kato was very popular in Asia, where the show was actually retitled as “The Kato Show”. Asian audiences viewed Lee as Kato as one of them “making it” in Hollywood. The rest is more well known. Lee made several films in Asia that were hugely successful. That success prompted Warner Bros. to go back to Lee and convince him to partner with them to develop what would become Enter the Dragon, Lee’s seminal film.  Sadly, Lee would die 2 months before the premiere of Enter the Dragon, never having the opportunity to fully enjoy its blockbuster success.

So here we are. Nearly 50 years later and we’re finally at a place where Lee’s original pitch, which became one of his greatest career disappointments, is realized by Justin Lin, Jonathon Tropper and Lee’s daughter Shannon Lee.  In a much needed and very welcome contrast to Kung Fu, Warrior features a predominantly Asian cast, including the incredible talents of Olivia Cheng, Dianne Doan, Joe Taslim and Hoon Lee, among others.  Of course, with a show inspired by the most famous Asian American actor of all time, it’s critical that its central character, Ah Sahm, is a success.  Sahm is played by Andrew Koji, who is relatively unknown in the United States.  In Becoming Warrior, Tropper states that the goal wasn’t to make Sahm a Bruce Lee clone.  Instead, there are subtle homages to Lee throughout the show.  In Episode 1. Sahm is introduced in a scene that will feel incredibly satisfying to every Asian American who has ever been treated like they can’t speak English.  That scene sets the tone for the episode as we tag along with Sahm, trying to become familiar with this new world of Chinatown, who the major players are, who we can trust and who we need to be wary of.

The various parties are introduced fairly rapidly and it can be a bit dizzying at times. If there’s anything that weighs the episode down a bit, it’s the necessary introductions of the numerous factions who will play a role in the show going forward. Early in the episode, Sahm is handed over to become the newest muscle for one of the major gangs in Chinatown, the Armani Hop Wei. We’re not yet told much about them, but they definitely have an excellent tailor. We then meet the police, which establishes a Chinatown Force to deal specifically with increasing problems in the area. There’s also a group of angry working class Irishmen, apparently led by a street fighter with deep pockets. I was absolutely thinking of Norte Dame every time they were on screen. Finally we meet the other major gang in Chinatown, led by…well, I’ll let you figure that out.

Going back to Andrew Koji as Sahm, his performance in this first episode is somewhat uneven. He drips with swagger and sarcasm, which is a welcome change from most Asian leads you see in media (he’s also really tall). However, it’s still a bit unclear whether he has the presence and charisma to carry the show. Inevitably, and unfairly, Koji will be compared to Bruce Lee and I think having Lee in the back of your mind while watching the show hurts Koji. In fact, if you compare him to David Carradine, it gives you another helpful frame of reference for the character. Sahm isn’t flashy or boisterous. He came to Chinatown for a specific purpose and everyone else is merely an inconvenience as he seeks to achieve his goal.

The true standouts for this first episode are Olivia Cheng as Ah Toy, Chinatown’s Madam, and Jason Tobin as Young Jun, a member of the Hop Wei. If you’ve never seen Cheng before, she’s fantastic and carries every scene she’s in. She also kicks ass, which we get just a glimpse of in this episode. I look forward to seeing her given a chance to really flex her skills in future episodes. Tobin has an an lovable energy and I really enjoyed everything about his character, who should be a perfect complement to Sahm’s more reserved personality.

Finally, for a show based on Bruce Lee, most are tuning in for one thing – the martial arts. I’m happy to say that the fight choreography delivers. You don’t get long, drawn out fights. Instead, Koji gives impressive action in short bursts. The clear highlight of the episode is when Joe Taslim shows up and faces off with Koji. Although the scene is far too short, it gave me chills and I rewatched that scene at least a dozen times. I’m going to rewatch it again right now. Taslim and Koji offer a martial arts duel that is both reminiscent of the great Bruce Lee fight scenes, and modernized for 2019.  There’s no “wire-fu” here. Nobody is flying around or jumping on top of buildings. This is just straight, hard hitting martial arts action as Lee would’ve wanted. I loved every second of it. Indeed, it’s in the fight scenes where you can see why Koji earned the lead role. In those moments, his charisma and skills really pop.

The Itchy Onion (the Chinese are referred to as “onions” and “itchy” describes someone who wants to fight) is an exciting and satisfying beginning to a series that has a lot riding on it. Its mere existence feels like a redemption from the discrimination that Lee suffered in his career, and I’m pleased that the show honors his memory and seeks to do his work justice. Most importantly, by the end of the episode, I wanted to see more. And next week we will!

Warrior premieres TONIGHT at 10 PM on Cinemax and is well worth the subscription!