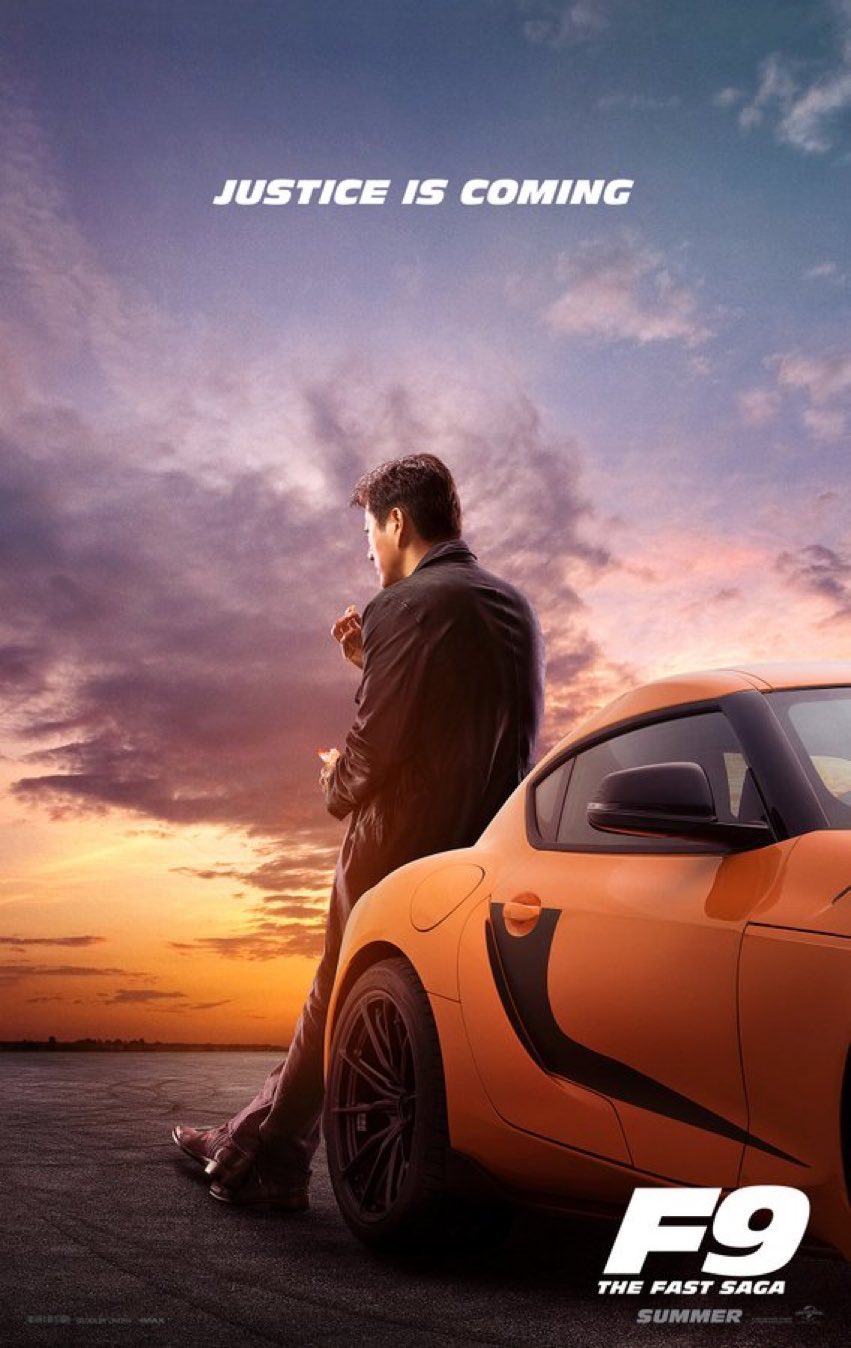 Here we thought it was just another Friday. Then the trailer for the latest Fast & Furious film, F9, dropped and injected the internet with adrenaline. I’m still shaking. Universal’s latest entry in the Fast Saga features the return of Vin Diesel’s Dom Toretto and his squad, now facing off against WWE superstar John Cena as Toretto’s brother.

That’s all well and good, but the earth shattering part of the trailer for me was the return of HAN SEOUL-OH himself Sung Kang, who strolls in dripping with swagger at the end of the trailer. I could hear the collective screaming of the interwebs once I stopped screaming myself. That moment was such pure joy that I was inspired to create my very first GIF (pronounced like the peanut butter unless you’re a heathen):

For the uninitiated, Sung Kang’s Han first appeared in Fast & the Furious: Tokyo Drift back in 2006, which was the third film in the franchise, He was then a major part of Dom’s Fast & Furious teams in Fast Five and Fast & Furious 6, which turned out to be massive international successes that took the franchise to new heights. However, due to the fact that 5 & 6 take place before Tokyo Drift in-universe, and the fact that Han dies in Tokyo Drift, Justin Lin and company closed the loop by showing Han’s apparent death at the end of Fast & Furious 6. You all still with me? The apparent cause of Han’s death was Jason Statham’s character Deckard Shaw, which set him up as the main villain of Furious 7. However, I guess the series creatives liked Statham’s character so much that they redeemed him in The Fate of the Furious (Fast 8) and he co-starred with Dwayne “The Rock” Johnson in their spin-off film Hobbs & Shaw. As I type all that I’m simultaneously thinking “this is ridiculous” and “this is freaking awesome!”

Now redemption is fine and all, but many Fast fans had a real tough time accepting Shaw’s turn as a hero after he was directly responsible for killing Han. Even worse, his guilt was barely addressed in the prior films, inciting fans to start the #JusticeforHan hashtag across social media. Finally, here we are with F9 and it looks like we’re finally going to get some measure of justice. To be clear, Statham’s Hobbs is nowhere to be seen in the trailer so I’m not sure we’ll get the true justice we desire, which is Han beating Hobbs within an inch of his life (or is that just me?). But it’s thrilling to see Han back and I can’t wait to see how it plays out. To show how the Fast Saga’s marketing team has an impeccable understanding of its fan base, they also released a gorgeous poster of Han in conjunction with the trailer. Simply perfect.

As an aside, I go by Ron Seoul-Oh as an homage to Han’s character:

Another very exciting part of the ridiculously high octane (I couldn’t avoid the automotive puns) trailer was the return of another Tokyo Drift alum – Jason Tobin’s Earl! Tobin, like Sung Kang, goes way back with Director Justin Lin to his first solo directed film Better Luck Tomorrow, and currently stars in the Lin produced show Warrior, based on the writings of Bruce Lee. Tobin is one of my favorite actors and it’s really great to see him rejoin one of the most diverse blockbuster casts ever.

Check out the trailer below. It’s best watched while sitting down. F9 releases May 22nd and tickets are on sale now!