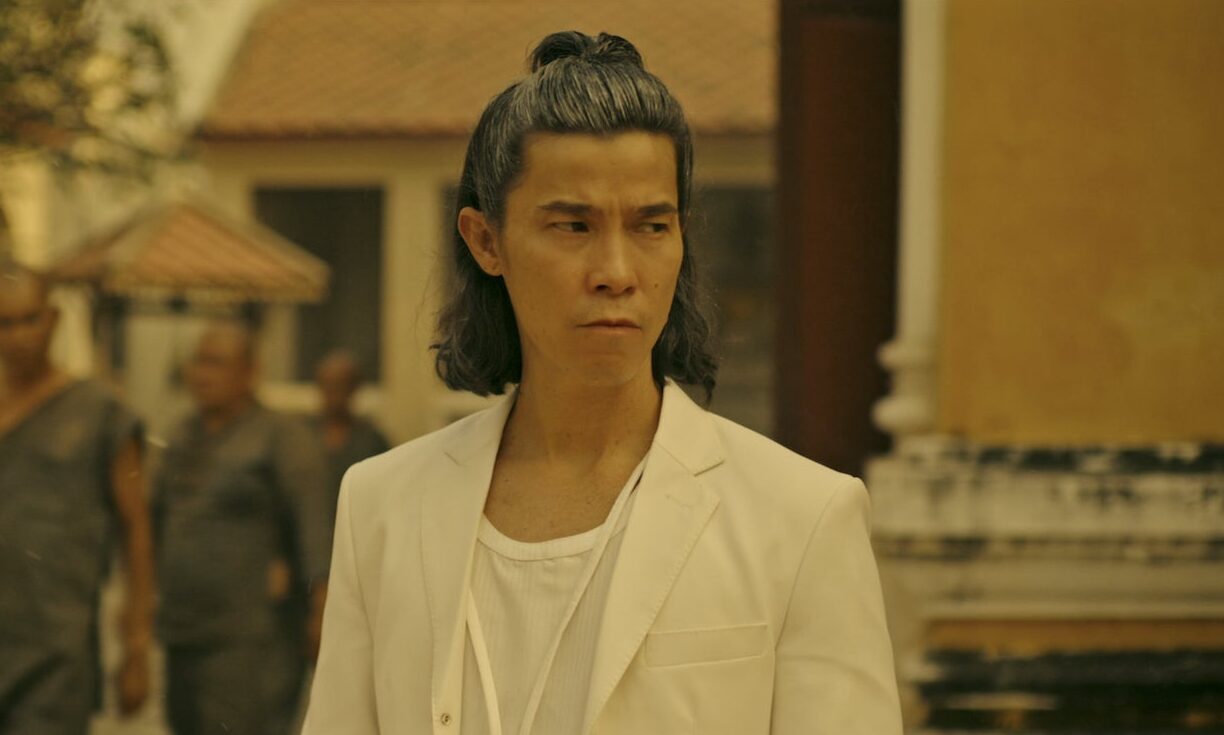 We last caught up with Jason Tobin in early 2020 just after he finished filming season two of Warrior, inspired by the writings of Bruce Lee. We couldn’t know at that time what was going to happen to the world just a few weeks later.

I was thrilled when the marketing for Netflix’s film, Fistful of Vengeance, rolled out and Tobin was officially announced as part of the cast. Tobin had shared images on his Instagram hanging out with fellow stars Lewis Tan and Lawrence Kao, but it was nice to see official confirmation.

As we know from his incredible work on Warrior, Tobin is an extremely talented actor and an impressive martial artist. Both Warrior and Wu Assassins premiered in 2019, featuring predominantly Asian diaspora actors, so it was natural for members of both casts to support one another. It’s a natural fit to have some crossover between the two, and Tobin is the perfect person to bridge that gap.

Fistful of Vengeance is the film sequel to the 2019 Wu Assassins mini-series. It brings back some of the cast members of the original, like Tan, Kao, Juju Chan and martial arts superstar Iko Uwais, and adds some new faces to the family like Francesca Corney, Pearl Thusi, Yayaying Rhatha Phongam and Tobin. Together, they present one of the most diverse casts of any U.S. feature film.

During our conversation, Tobin talked about how honored he was to have the chance to join the Wu Assassins family, the challenges of filming a project in Thailand in the middle of the global pandemic, and how much fun he had with the cast.

As usual, Tobin was uniquely candid in our conversation, talking about the conflicting life of an actor, where you must endure countless rejections and yet have unflinching belief in yourself.

Tobin also talked about his return to the Fast and Furious franchise, once again playing Earl in 2020’s F9 after his original appearance in 2006’s Fast and Furious: Tokyo Drift. Of course, I also had to ask about the status of the third season of Warrior, which has moved to HBO Max (where the first two seasons are now available).

Watch our conversation below and be sure to check out Tobin in Fistful of Vengeance now streaming exclusively on Netflix!

ABOUT FISTFUL OF VENGEANCE
Super-powered assassin Kai and friends Lu Xin and Tommy track a killer from San Francisco’s Chinatown to Thailand to avenge the death of a loved one. But their hunt soon entangles them with old enemies, a mysterious billionaire and an ancient mystical force bent on taking over the world. Iko Uwais (The Raid) stars with Lewis Tan (Mortal Kombat), Lawrence Kao (Max Steel) and Pearl Thusi (Queen Sono) in this fast-and-furious martial arts action film.