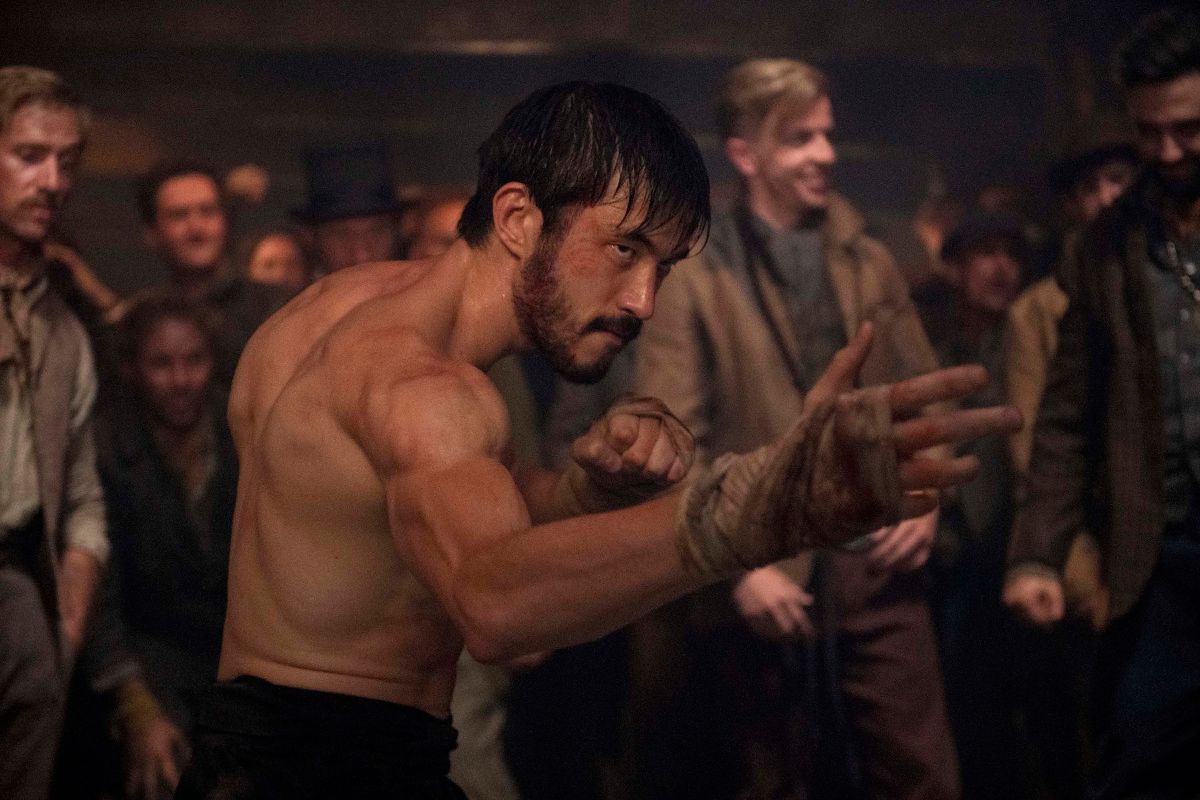 This site has a special love for Cinemax’s Warrior, based on the writings of Bruce Lee. Not only do I revere Bruce Lee, but Warrior’s season 1 premiere was the impetus behind launching the site when I did, and my review of season 1 was not only my very first review on this site but actually my very first post on this site. Oh did I mention that Warrior is awesome and there’s literally nothing else like it on TV? If you haven’t already, I hope you’ll check out my reviews and recaps of the episodes from season 1, as well as my interviews with stars Jason Tobin and Rich Ting.

Today Cinemax released a teaser trailer and several stills from season 2. They also confirmed that the series would be returning in October, though an exact date hasn’t yet been revealed. Season 1 ended with a bit of a reset for the characters so it’ll be interesting to see where they go from there. What I’m particularly excited about is how much stronger the cast overall will be coming into the sophomore season. As Jason Tobin, who plays my favorite character Young Jun, explained in our interview, the whole cast was even sharper physically for season 2. For a show as physically demanding as Warrior, with fight scenes that no other series can even touch, the idea that the already spectacular cast will be coming back even better makes me giddy! Check out the teaser, stills and additional details below and get ready for season 2 by binging season 1 of Warrior on Cinemax!

Season 2 Of Tong Wars Drama Series WARRIOR, Based On The Writings Of Martial Arts Legend Bruce Lee,
Debuts This October, Exclusively On CINEMAX

The series will be available on demand and on MaxGo.com.

WARRIOR is a gritty, action-packed crime drama set during the brutal Tong Wars of San Francisco’s Chinatown in the late 19th century. The series follows Ah Sahm (Andrew Koji), a martial arts prodigy who emigrates from China to San Francisco under mysterious circumstances. After proving his worth as a fighter, Ah Sahm becomes a hatchet man for the Hop Wei, one of Chinatown’s most powerful Tongs (Chinese organized crime family). Season two follows rival Chinatown Tongs as they fight for dominance amidst the growing anti-Chinese fervor that threatens to destroy them all.