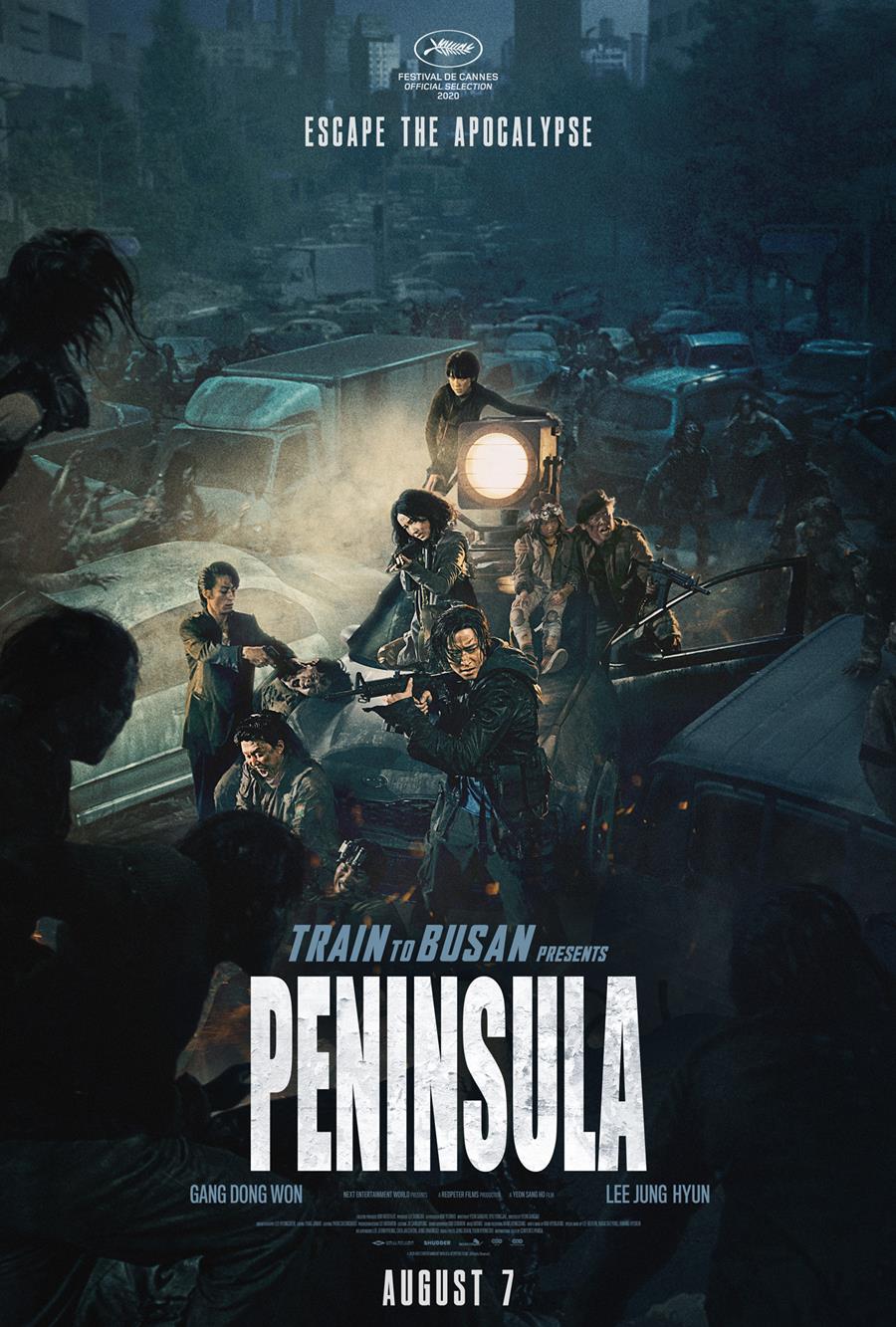 Train to Busan: Peninsula, the hotly anticipated follow-up to the groundbreaking 2016 South Korean zombie film, premieres today in Canada, and is expected to release in select U.S. theaters on August 21st! Simply put, the original Train to Busan is one of the best zombie action movies ever. Starring Gong Yoo, Dong-seok Ma (Don Lee) and Yu-mi Jung, the South Korean based film is beloved by critics, was a huge success in Korea, and became the highest grossing Korean film in Hong Kong, Singapore and Malaysia. Director Sang-ho Yeon returns in what looks to be a spiritual sequel in the sense that it takes place in the same world as the original, but focuses on a larger group of new characters. Peninsula was a 2020 Cannes Film Festival selection (unfortunately the festival was canceled due to COVID-19) and premiered in South Korea on July 15th with the best opening day box-office total of 2020 to that point.

In a show of excellently planned writing and marketing, Peninsula takes place 4 years after Train to Busan, both in our world and in-universe. The original film was a tightly written film focused on the main characters and didn’t give too much macro level exposition on what was going on in the broader world. With Peninsula, it looks like we’ll finally get a chance to see what happened beyond the literal train to Busan, and what has happened to the survivors since. The Peninsula trailer also gives off a bit of a shift in tone from the original, feeling more like a post-apocalyptic action film in the vein of Mad Max. This makes sense considering the time that has passed since the events of Train to Busan. I’m always fascinated with zombie stories that show us how humanity would adjust after the initial outbreak, and this film seems to be focused on just that. If you haven’t watched the original Train to Busan, it’s available on Netflix. Check out the Peninsula trailer below and check back for more details on the U.S. release!