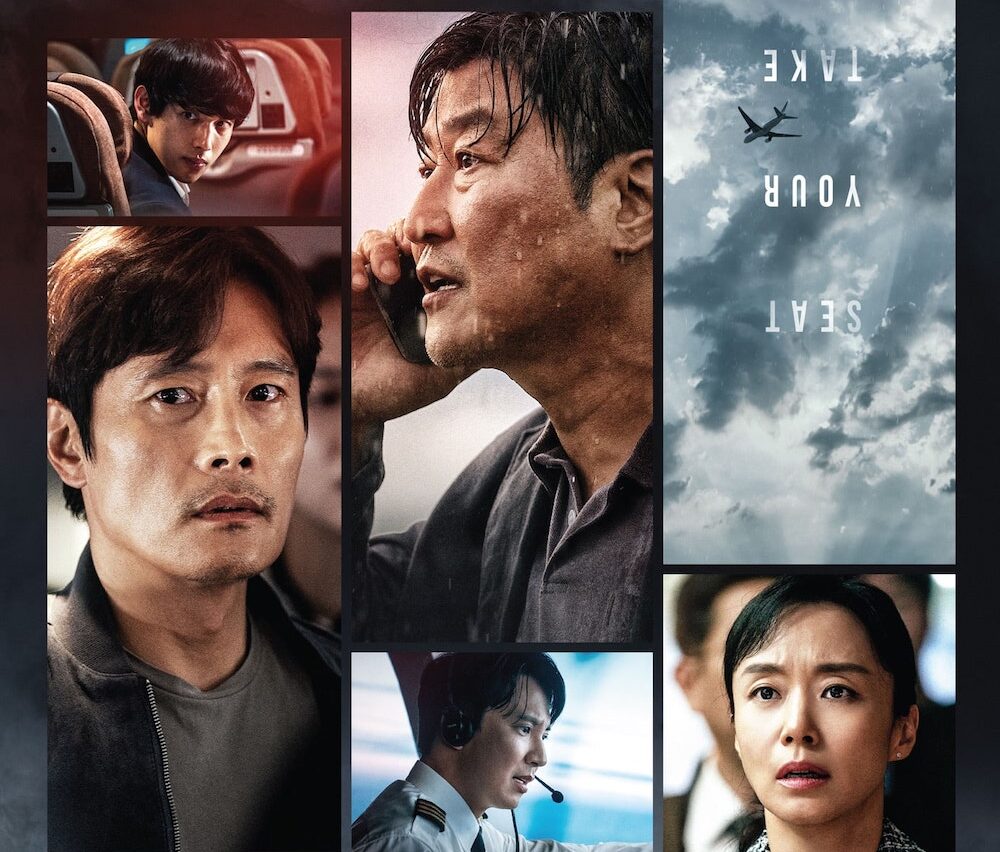 Emergency Declaration is ready to ruin your vacation plans. The latest by South Korean director Han Jae-rim (The King, The Show Must Go On), and starring Song Kang-ho (Parasite, Broker), Lee Byung-hun (Squid Game, G.I. Joe), and Jeon Do-yeon (The Housemaid, Secret Sunshine), Emergency Declaration is the kind of film that would have simply been an enjoyable thrill ride three years ago. But with a plot that centers around a highly contagious, deadly virus, it’s a story that some audiences may not yet be ready for.

For those who can stomach the too-close-to-home subject matter, Emergency Declaration offers stellar performances by its excellent cast, plenty of suspense and a surprisingly sizable helping of emotions.

It’s easy to assume that Emergency Declaration, a story about a passenger airplane traveling from South Korea to Hawaii that gets hijacked by a bio-terrorist who unleashes a deadly virus during the flight, was inspired by the global pandemic that we’ve all battled over the last few years. Instead, director Han Jae-rim wrote the screenplay before the pandemic, and the film began preproduction in 2019. Of course, the film itself was ironically a victim of its own subject matter, and was delayed until it finally premiered at the Cannes International Film Festival in 2021.

The film features two South Korean actors who even western audiences should be familiar with in Song Kang-ho, who starred in the Academy Award winning film Parasite, and Lee Byung-hun, who played the iconic G.I. Joe villain Stormshadow in two films. Song plays In-ho, a detective investigating a terrorist threat that unexpectedly impacts his own family. Lee plays Jae-hyuk, a veteran pilot and devoted father who is struggling with his past. Surprisingly, the film’s strongest performance is probably by Yim Si-wan, who steals the show as the bio-terrorist Jin-seok a character who feels inspired by villains like the Joker.

The cast in international films are rarely given their due respect by western audiences for a variety of reasons, but Emergency Declaration really highlights how talented its stars are. The respective performances are intense, emotional and relatable. You root for Song’s In-ho as a detective routinely disrespected by his own family while desperately trying to save them; you empathize with Lee’s Jae-hyuk, a former pilot who’s now afraid to fly but willing to travel for the benefit of this daughter; and you can’t help but be fascinated by Yi’s Jin-seok, whose eerily blank smile will haunt you for days after the film.

The plot itself grabs you from the beginning, even if it feels all too personal at this point in our collective experiences. The concept of a deadly virus is bad enough, but the film squeezes you tightly into the too-close quarters of an international flight. It really reminds you just how uncomfortable flying can be even without any viral concerns.

While the film is exciting and emotionally layered, it’s overly long with a hefty runtime of 147 minutes. I don’t even like regular flights that long, let alone a film that makes you feel like a virus exposed passenger. In that time, there are a few too many swerves that make the audience (and the film’s characters) feel like a resolution is coming, only to run into yet another problem. We can only circle the runway so many times before getting restless for the landing.

There are also some efforts to connect the story to real world events that instead feel misplaced at best and discomforting at worst. Because the story isn’t just about a virus, but an actual act of terror by an individual, there are references to real world acts of terror in other countries, including the shooting in Las Vegas and the attacks in Belgium. Those are connections that were not necessary to advance the story and fail to enhance the film in any meaningful way.

If audiences can set aside any real-life trauma and enjoy the film, Emergency Declaration is an enjoyable thrill ride with excellent visual effects and stunning cinematography. There’s one scene in particular when director Han puts the audiences in the backseat of a chase scene that feels like a 3D ride at an amusement park. You’ll be massaging your neck for a few minutes after that experience.