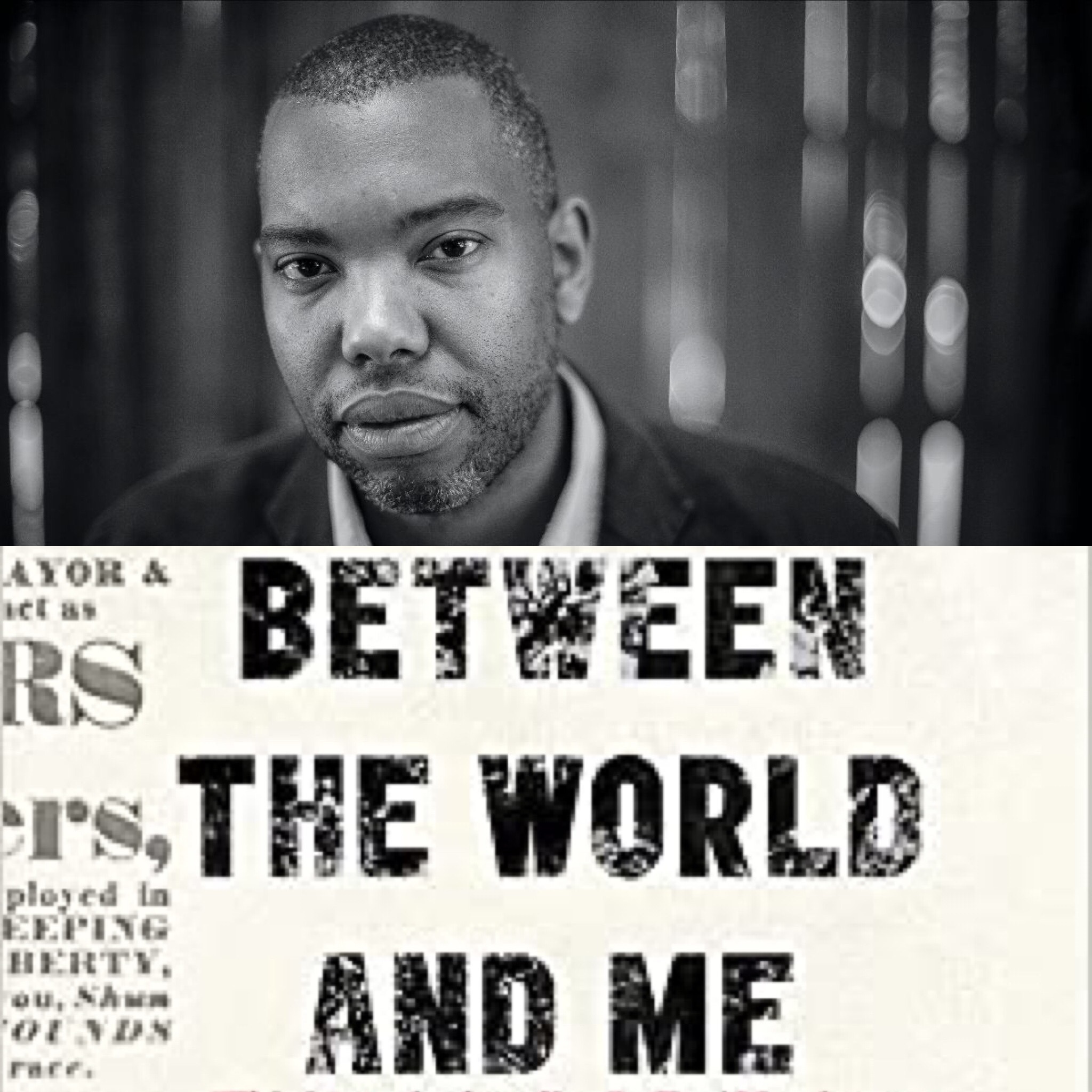 Ta-Nehisi Coates is one of the most impactful writers of his generation. His writings on race and social justice are so poignant that Senator Elizabeth Warren called him to discuss reparations following his groundbreaking essay, The Case for Reparations, which was published in The Atlantic. Between the World and Me, which was published in 2015, is a powerful book written as a letter to his son on what it means to be Black in the United States. It’s also a revealing story about Coates’ personal life journey, which makes the narrative that much more intimate.

Today, HBO announced that it is adapting Coates’ book for a special production premiering this fall. It will take elements of the stage production, which took place in 2018 at the Apollo Theater, and add new elements directed by award-winning director and Apollo Theater Executive Producer Kamilah Forbes.

This special is not only incredibly relevant today but uniquely necessary. I listened to the audiobook of Between the World and Me, which was narrated by Coates himself, and hearing him made the book even more impactful. Because it’s such a personal book, where Coates allows himself to be open and vulnerable, it almost places you in his shoes and takes you on his life journey. I’m hopeful that this HBO special can be similarly powerful and, at a minimum, will inspire more people to read the book or listen to the audiobook.

Check out the details on the HBO special below.

HBO To Adapt Ta-Nehisi Coates’ BETWEEN THE WORLD AND ME, To Debut This Fall

LOS ANGELES, July 23, 2020 – HBO will adapt the critically acclaimed stage show, BETWEEN THE WORLD AND ME, based on the #1 New York Times bestseller of the same name by author and journalist Ta-Nehisi Coates, as an HBO Special Event to air this fall, it was announced today by Casey Bloys, President, HBO Programming.

Originally adapted and staged by the Apollo Theater in 2018, the special will combine elements of that production, including powerful readings from Coates’ book, and will once again be directed by award-winning director and Apollo Theater Executive Producer Kamilah Forbes. Ta-Nehisi Coates and Susan Kelechi Watson are also executive producers. Oscar-winning filmmaker Roger Ross Williams is producing. It will also incorporate documentary footage from the actors’ home life, archival footage, and animation. The special will be produced under COVID-19 guidelines.

In addition to producing this special, HBO will be making a charitable donation to Howard University and the Apollo Theater.

BETWEEN THE WORLD AND ME will be available on HBO and to stream on HBO Max.

“Ta-Nehisi’s book is a modern literary classic that provides an essential message for our times,” says Casey Bloys, President, HBO Programming. “We are tremendously proud to bring this incredibly important event to our audiences.”

“I’ve been working with Kamilah for almost as long as I’ve been a writer,” said Ta-Nehisi Coates. “I can think of no one better to put BETWEEN THE WORLD AND ME on screen and no better home for it than HBO.”

“As people across our country continue to speak out about violent, systemic racism and the urgent need for tangible change, Ta-Nehisi’s words resonate as strongly today as they did five years ago,” said Kamilah Forbes. “I’m excited to collaborate again with both Ta-Nehisi and HBO on this important special event, ensuring that the powerful voices in this work and the cry for justice from the Black community continue to reach a broader audience.”

“Through BETWEEN THE WORLD AND ME, we intend to create a space of communion where Black people can metabolize our grief, celebrate our joys, and continue to amplify the current discourse regarding race and culture in our country and around the world,” said Susan Kelechi Watson. “Ta-Nehisi’s words lend themselves to an experience that is shared by so many of us. I’m thrilled to work with HBO and these brilliant minds on a special that is both timely and urgent.”

“Ta-Nehisi Coates’ BETWEEN THE WORLD AND ME is a seminal piece of literature that has pushed crucial conversations around our country and racism to the forefront of our cultural conversation,” said Roger Ross Williams. “Having witnessed Ta-Nehisi and Kamilah stage Between the World and Me, I am thrilled to be a part of bringing this powerful work and its message to HBO and an even wider audience.”

Coates’ book Between the World and Me, published by One World, is a New York Times Bestseller, National Book Award winner, and Pulitzer Prize finalist. First published in 2015, it is written as a letter to Coates’ teenage son and recounts the author’s experiences growing up in Baltimore’s inner city and his growing fear of daily violence against the Black community. The narrative explores Coates’ bold notion that American society structurally supports white supremacy.

The stage adaptation based on Between the World and Me was originally performed in 2018 as a limited engagement at the Apollo Theater and the Kennedy Center, with encore performances at the Apollo Theater and again in Atlanta in 2019. Kamilah Forbes, a close friend of Coates, is featured in the book as “Aunt Kamilah” and was immediately inspired to adapt Coates’ work to the stage after reading it. The pair met at Howard University, a pivotal time in both of their lives that has been a continued source of creativity and inspiration. Watson, also a Howard alum, participated in the staged reading at the Apollo and Kennedy Center.

Coates’ other written works, which include The Beautiful Struggle, We Were Eight Years in Power, and The Water Dancer, explore similar themes of race in America. Coates currently serves as the Apollo’s inaugural master artist in residence and a distinguished writer in residence at NYU’s Arthur L. Carter Journalism Institute. He is a recipient of a MacArthur Fellowship and is the current author of the Marvel comics The Black Panther and Captain America.

Forbes currently serves as the Executive Producer of the Apollo Theater. She previously produced HBO’s “Def Poetry” series and co-executive produced HBO’s “Brave New Voices.” She has received numerous accolades for her work in the arts including a Peabody, Tony Award, and NAACP Image Award. She was named to the 2019 ROOT 100 list and is a Sundance Fellow.

Watson currently stars in NBC’s “This Is Us,” for which she earned two Screen Actors Guild Awards, as well as a 2020 Critics’ Choice Nomination and 2018, 2019 and 2020 NAACP Image Award nominations. She starred in “A Beautiful Day in the Neighborhood” opposite Tom Hanks for director Marielle Heller. She is an executive producer of Rashaad Ernesto Green’s film “Premature,” which premiered at Sundance to critical acclaim. She currently serves on the board of Drama Club, an organization that uses theater to mentor incarcerated youths in New York City.

Williams’ recent projects include HBO’s “The Apollo,” Emmy-nominated virtual reality experience “Traveling While Black,” and the Academy Award-nominated and Emmy-winning “Life, Animated.” In 2010, Williams became the first Black director to win an Academy Award for his documentary short “Music by Prudence.” Williams, along with producing partner Geoff Martz, founded One Story Up in 2017, which produced the first three episodes of the critically acclaimed Netflix limited series “The Innocence Files,” which Williams directed.

In this article:Between the World and Me, BetweenTheWorldandMe, HBO, TaNehisi Coates, TaNehisiCoates

Space Wakanda comes to an end this April with Black Panther #25. This book marks the end of the run by the creative team...

Ta-Nehisi Coates’ Black Panther finally returns this February with issue #23! I’m hearing Aaliyah’s Try Again in my head as I think about how...