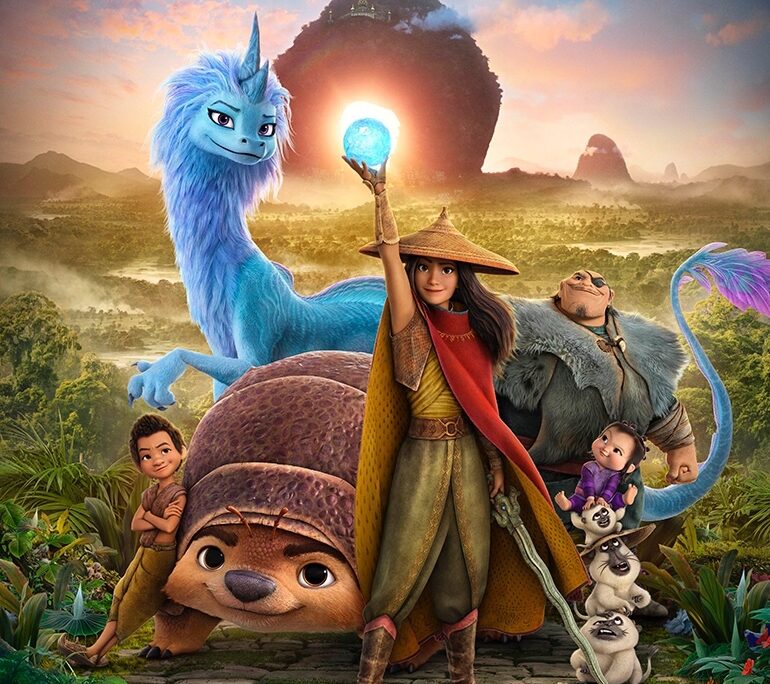 Disney’s Raya and the Last Dragon is a groundbreaking film, especially with regard to Asian representation in U.S. pop culture. Raya features some of the most accomplished Asian actors in film and highlights several Southeast Asian cultures. Listening to the cast and crew talk about the project, it’s apparent that not only did they realize and embrace how important the film is for representation to audiences, but that it had a substantial impact on them personally as well.

Raya And The Last Dragon Cast and Crew Press Conference

The cast and crew felt that Raya and the Last Dragon was going to be special from the very beginning, and director Carlos Lopez Estrada talked about the passion and emotion that each of the cast members brought to the project, and their characters. “[T]he connection that all of the actors have with the material and with their characters has been so special. We’ve had teary conversations with all of [the cast members] about the characters and what the story meant to [them],” Estrada said. “And you don’t get to see that very often. We have a group of people that really believe in this movie and what it represents, and I think that just moved us and every single person working on the movie. It was beautiful.”

Writer, Fight Consultant and father, Qui Nguyen, who is Vietnamese-American, expressed how exciting it was to work on a film that will be so meaningful to families. “I think we’re all aware what this kind of movie, with heroes that look like this, will mean to so many kids and families out there,” Nguyen said. “To have such an A-class group of actors, and to be able to be representatives of that to so many kids is such a dream come true for not just us as filmmakers but just for, like, honestly, the community.”

Wang, whose mother is a traditional Laos dancer, made sure to represent his Southeast Asian roots at the event by wearing a beautiful traditional pah bieng. “It’s amazing to see all the things that are included in this movie, including the food and some of the weapons that you see, for example the Kali sticks that I saw, which really stood out to me,” Wang said. It was wonderful to see a young man like Wang being so proud of his culture and having the opportunity to share that culture with others.

For Tran, the themes of family and community resonated with her personally. “I know growing up in a Vietnamese family, that family always, always comes first, from the traditions to just everyday life,” Tran said. “Family is just such a huge part of it, especially now in quarantine with my family all the time [laughing], but it’s just something that definitely clicked with me.”

The importance of having the younger actors like Tran and Wang be a part of this film was not lost on Sandra Oh, who is one of the most revered members of the cast “Well, you know what’s exciting is looking at this Zoom screen….I’m actually just glad that I’m still alive to be a part of this type of screen where you see the people who have made it,” Oh said. “Because, especially for the much younger generation, to have a space for them to be heard. It’s an exhilarating change for someone like myself to be a part of and to witness.” Immediately following Oh’s comments, Tran chimed in, saying “We owe it to people like you.”

Writer Adele Lim, who grew up in Malaysia and almost looks to be bursting with love and passion whenever she talks about this film, pointed to the uniquely Asian depiction of dragons in Raya. “It was so exciting to be able to celebrate the Eastern dragon, and we realized that this was something that most of the world was not familiar with. In Southeast Asia, they’re referred to as nagas. They’re water deities and they bring such great auspiciousness,” Lim said. Not only is the dragon Sisu unique for representing an Asian dragon, but Lim also talked about how her friendship with Raya is also a relationship that’s rare to see on screen. “[A]t the heart of our movie is this beautiful friendship between Raya and Sisu, and it’s so rare that we get a major Hollywood movie with this special female friendship at the heart of it,” Lim said.

Raya is a film that puts women front and center, and explores their relationships. Between Awkwafina’s Sisu, Marie Tran’s Raya and Chan’s Namaari, there are numerous complex and layered dynamics. Marie Tran was moved by the rivalry-turned-friendship between her character Raya, and Namaari. “They risk everything for this idea of community, this idea of what their relationship could have been this entire time. It’s really, really inspiring,” Marie Tran said. “It’s something that I want to do in my own life. But their relationship in this movie is probably one of my favorites, just because of how complicated it is. And, yeah, just a big Gemma fan girl over here.”

Chan voiced her mutual admiration for Marie Tran, and echoed her thoughts, saying that the relationship in the film symbolizes the change that we’re all capable of. “[I]t kind of shows how when we’re young, and as children, we don’t inherently hate each other. It’s something that is learned…I think that’s something to take from the movie that those things can be learned, but they can be unlearned as well,” Chan said.

Everyone on the cast and crew fully appreciated the critical importance and power of representation and telling authentic Asian stories, especially in the current climate, where there’s been an increase in anti-Asian hate crimes.

Benedict Wong talked about the timeliness of a film with an all-Asian cast and a distinctly Asian story. “I think especially in America, and it ripples all over the world, we are living through the remnants of this kind of hate that has permeated through the world. And it’s, again, very timely with our beautiful film showing us that love can really lead the way,” Wong said.

Adele Lim agreed, mentioning that stories can be a uniquely unifying force. “[W]ords have power and words have the power to paint people in a different light. They have the power to bring us together,” Lim sad. “So, hopefully, this movie is our word, and our message to the world of let’s pull together.”

Daniel Dae Kim, who has been extremely vocal in raising awareness of anti-Asian incidents, perfectly summarized the power of Raya and the Last Dragon in the context of current events:

[W]e can’t undervalue the power of the fact that this is a Disney movie and the people that will be watching this movie by and large are families, parents with their children, seeing this kind of representation, and understanding what is possible. And Sandra so rightly pointed out that people like Izaac and Thalia have the space to perform in these kinds of projects for maybe the first time in history to this degree. But at the same time, I’m also thinking about all the children who will be seeing Raya for the first time and seeing an Asian strong female who kicks ass and becomes a queen…..it’s exposure that brings understanding and that understanding is what changes perception. What this movie does on the scale of those things cannot be underestimated.

Raya and the Last Dragon premieres on March 5th via premier access!

Warner Bros. and DC continue to fill out its cast for the upcoming Black Adam film starring the one and only Dwayne “The Rock”...

Disney released a new sneak peak of Raya and the Last Dragon with new scenes from the upcoming film, along with an original song...