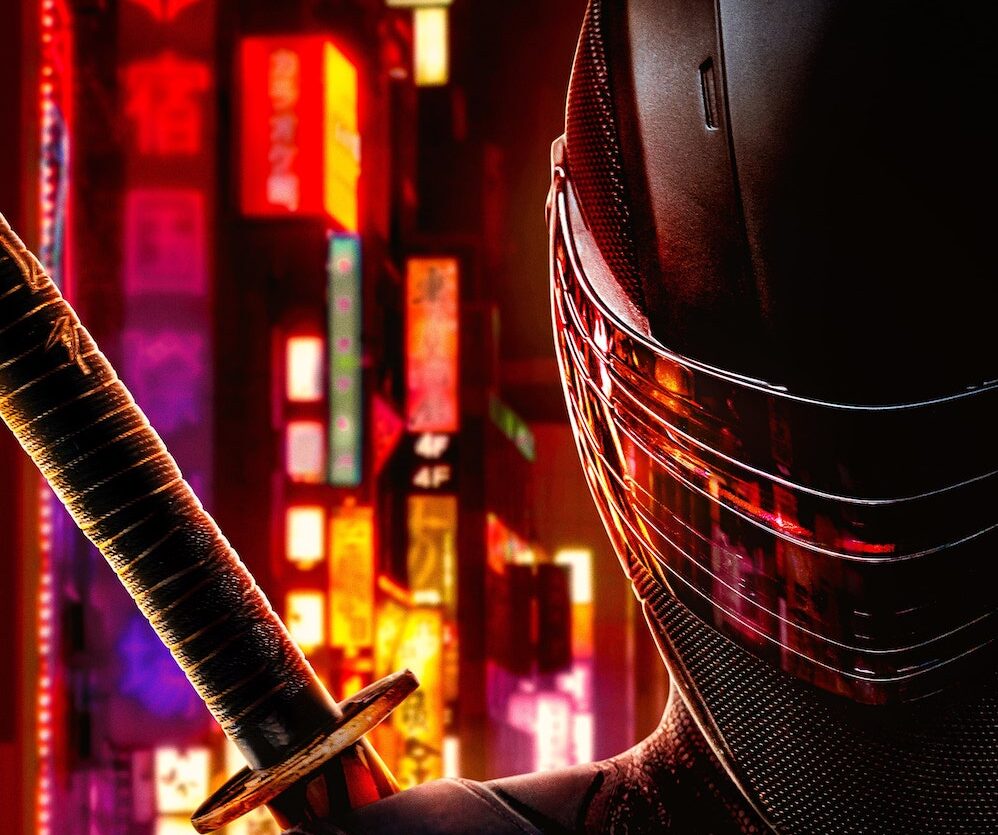 We are just about one month away from the premiere of Snake Eyes: G.I. Joe Origins starring Henry Golding in the titular role, along with Andrew Koji, Úrsula Corberó, Samara Weaving, Haruka Abe, Takehiro Hira, Peter Mensah and Iko Uwais.

Today, Paramount released the latest trailer for the film, and a new behind-the-scenes featurette focused on the iconic relationship between Snake Eyes and his arch enemy, Storm Shadow.

In my interview with star Henry Golding last month, he talked about how this film will reveal the man behind the Snake Eyes mask, and it certainly seems like the new trailer is focused on the more human side of the character.

The latest trailer goes more into detail about the plot of the film, which seems to focus on the first time Golding’s Snake Eyes meets Koji’s Storm Shadow. Their relationship is taken to a new level when Snake Eyes saves Storm Shadow’s life. It’s a nice contrast from the first trailer, which was much more action oriented.

Of course, there are still plenty of action sequences in the new trailer, and again, they consist primarily of fast cut scenes. While I enjoy the artistic flair of fight scenes that are cut up and spliced together (Marvel Studios is really good at this), I hope the film itself will have more single shot fights where the stars like Koji and Uwais can shine.

The featurette delves even deeper into the relationship between Snake Eyes and Storm Shadow, with a very welcome appearance and comments by Larry Hama. I really appreciate how much Paramount is putting Hama front and center in the marketing and hope that more casual G.I. Joe fans will learn about the legendary Asian American writer.

SNAKE EYES IS ONLY IN THEATRES, DOLBY CINEMA AND IMAX JULY 23, 2021
Paramount Pictures and Metro-Goldwyn-Mayer Pictures and Skydance Present
In Association with Hasbro
A di Bonaventura Pictures Production
A Robert Schwentke Film

OFFICIAL SYNOPSIS
Snake Eyes: G.I. Joe Origins stars Henry Golding as Snake Eyes, a tenacious loner who is welcomed into an ancient Japanese clan called the Arashikage after saving the life of their heir apparent. Upon arrival in Japan, the Arashikage teach Snake Eyes the ways of the ninja warrior while also providing something he’s been longing for: a home. But, when secrets from his past are revealed, Snake Eyes’ honor and allegiance will be tested – even if that means losing the trust of those closest to him. Based on the iconic G.I. Joe character, Snake Eyes: G.I. Joe Origins also stars Andrew Koji as Storm Shadow, Úrsula Corberó as Baroness, Samara Weaving as Scarlett, Haruka Abe as Akiko, Tahehiro Hira as Kenta and Iko Uwais as Hard Master.

BASED ON
Hasbro’s G.I. JOE® Characters

*CREDITS ARE NOT FINAL AND ARE SUBJECT TO CHANGE*