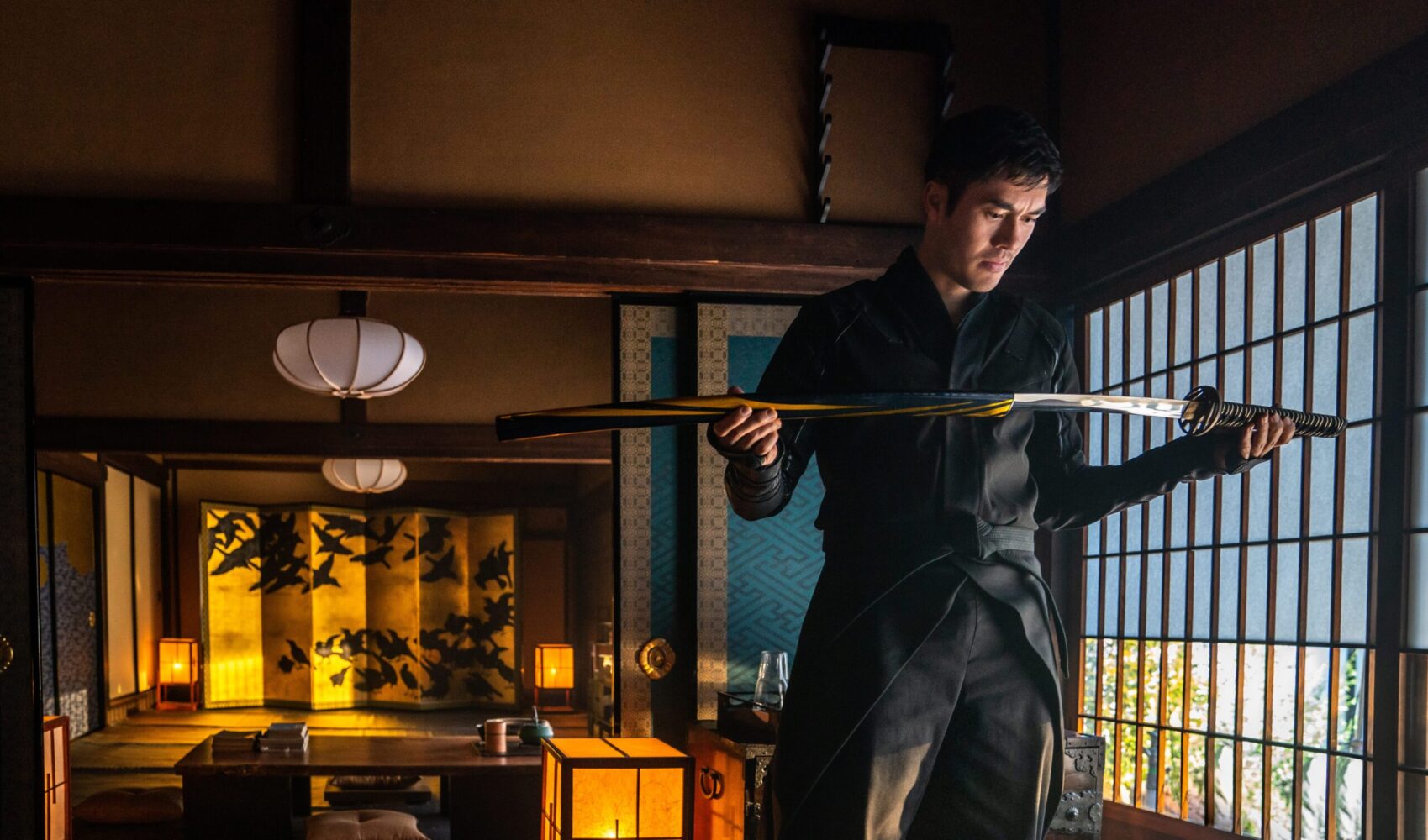 With less than two months from the July 23rd premiere of Snake Eyes: G.I. Joe Origins, the marketing machine is fully loaded! Last week, Paramount released the teaser poster and first look images, providing a glimpse of Henry Golding as the titular hero. Golding has also been doing the media rounds recently, speaking about his upcoming film.

Yesterday, during the MTV Awards, Paramount released the highly anticipated trailer for Snake Eyes, which features intense samurai sword wielding action and offers a great look at some of the major cast members like Andrew Koji, Peter Mensah and Haruka Abe.

During my roundtable interview with Golding, he talked about all the intense work that the cast members put into ensuring that the action in the film is authentic, and that comes through in the trailer. I also enjoyed how much pre-mask Snake Eyes we seem to be getting in this story. As I’ve mentioned before, you don’t cast Henry Golding to hide him behind a mask and render him mute for two hours. This film will show fans how Snake Eyes became the silent assassin we know and love, and I’m excited to learn more of his origin story.

The official trailer can be seen in all it’s “Yo Joe!” action glory below.

Typically, the world premiere of a film’s trailer would be enough for one day. However, Paramount also released an excellent behind-the-scenes featurette for Snake Eyes, which includes comments by Storm Shadow himself, Andrew Koji, the creators of the film, and G.I. Joe creator and Snake Eyes Executive Producer Larry Hama!

Golding previously talked about how excited he was to have Hama involved in the film, and how he felt that Hama’s involvement gave the film a creative weight that is so important to telling this story.

Be sure to watch the excellent behind the scenes video below!

SNAKE EYES IS ONLY IN THEATRES, DOLBY CINEMA AND IMAX JULY 23, 2021

In Association with Hasbro

Snake Eyes: G.I. Joe Origins stars Henry Golding as Snake Eyes, a tenacious loner who is welcomed into an ancient Japanese clan called the Arashikage after saving the life of their heir apparent. Upon arrival in Japan, the Arashikage teach Snake Eyes the ways of the ninja warrior while also providing something he’s been longing for: a home. But, when secrets from his past are revealed, Snake Eyes’ honor and allegiance will be tested – even if that means losing the trust of those closest to him. Based on the iconic G.I. Joe character, Snake Eyes: G.I. Joe Origins also stars Andrew Koji as Storm Shadow, Úrsula Corberó as The Baroness, Samara Weaving as Scarlett, Haruka Abe as Akiko, Tahehiro Hira as Kenta and Iko Uwais as Hard Master.