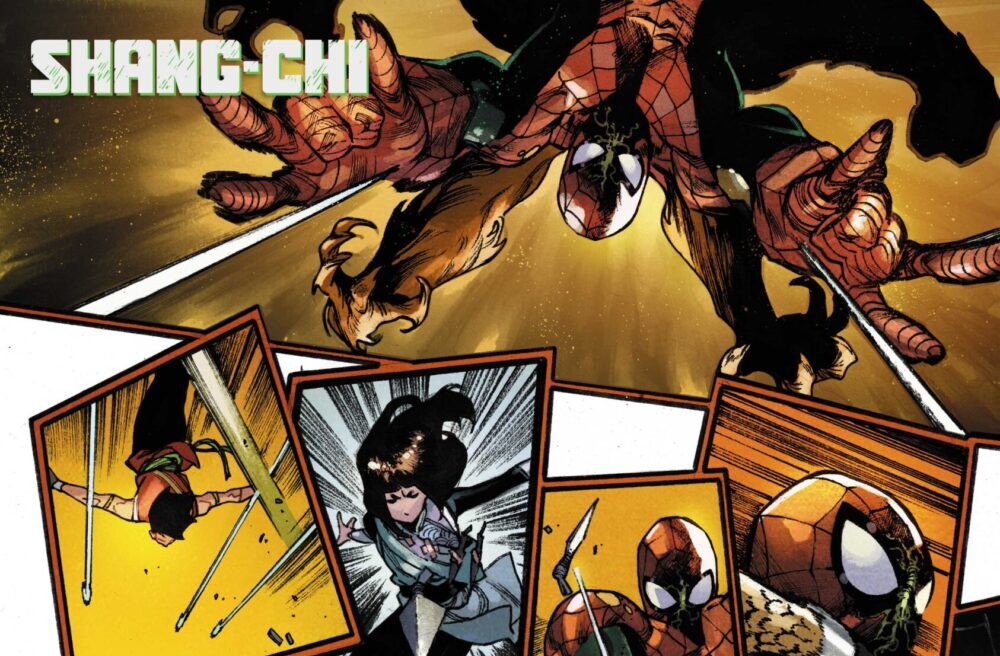 Just under one month away from the highly anticipated release of the Shang-Chi on-going series from Gene Luen Yang, Dike Ruan and Triona Farrell, Marvel has released a few preview pages from the first book with no dialogue.

Marvel previously revealed several excellent variant covers for the first issue, as well as a series of Shang-Chi vs. the Marvel Universe themed covers by Michael Cho. I’m thrilled at the promotional support that this book is getting, which is likely to get a big bump in interest following the recent release of the Marvel Studios’ teaser poster and trailer for its upcoming film Shang-Chi and the Legend of the Ten Rings.

In my previous interview with writer Gene Luen Yang, Yang talked about how he sometimes imagined Marvel Studios actor Simu Liu as Shang-Chi as he was writing the book. While there won’t likely be any plot points between the comic and the upcoming film, there’s a spiritual synergy between the two projects that I enjoy.

In the four preview pages provided, Shang-Chi and Sister Dagger run into two versions of Spider-Man, one that looks like a monster version with four arms, and one that we can assume is our friendly neighborhood version.

What’s interesting is that in the last preview page, Sister Dagger walks into what looks like a Chinese herbal shop. It makes me wonder if the plot will involve some kind of mystical herbs that give people super powers.

Enjoy the preview pages below. Shang-Chi #1 is written by Gene Luen Yang, art by Dike Ruan, and colors by Tríona Farrell and releases May 19th at your local comic book shop!