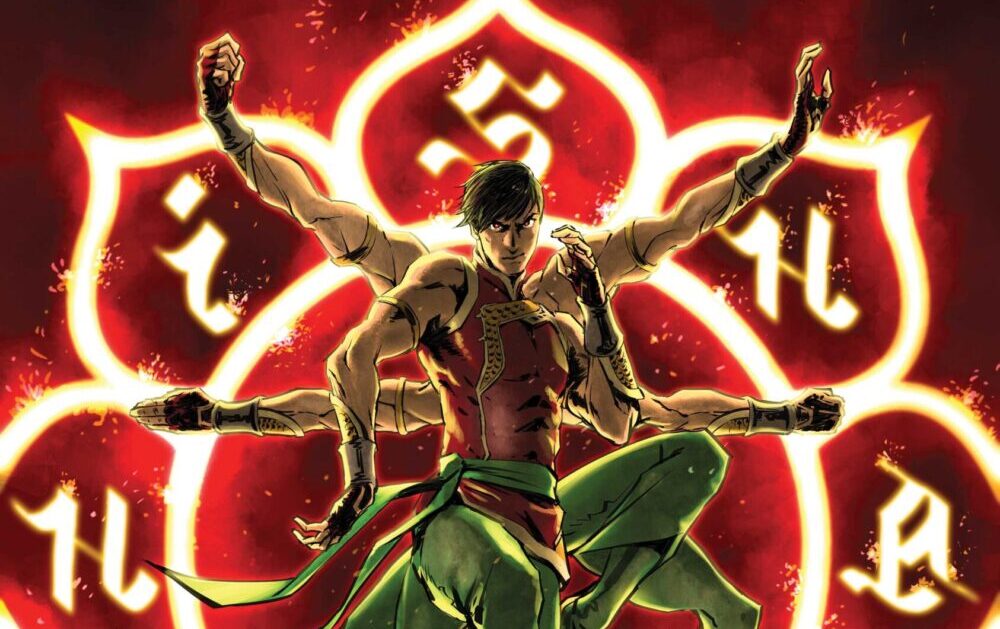 I’m a sucker for variant covers. When Marvel released the Shang-Chi miniseries last year with Gene Luen Yang, Dike Ruan and Phiip Tan, they kicked off the book in a big way with 15 variant covers (there may have been more but I lost count). And yes, I bought all of them.

With the return of Shang-Chi this May, and Yang and Ruan back on the on-going book, Marvel is threatening my bank account yet again, with a new run of spectacular variant covers by some of the best artists in the business, like J. Scott Campbell, Superlog, Junggeun Yoon, and Benjamin Su.

Marvel previously announced that Michael Cho would be doing a series of variant covers for Shang-Chi highlighting the titular hero pitted against others in the Marvel Universe. These covers will be in addition to Cho’s work.

All of the covers are excellent, but I’m partial to Superlog’s cover, which is reminiscent of Leonardo Da Vinci’s “Vitruvian Man”. I also love Benjamin Su’s Sister Dagger focused cover, which is a continuation of covers he did for Shang-Chi (“Brother Hand”), Sister Hammer and Brother Blade during the initial miniseries run. I must add Sister Dagger to the collection and I can’t help but wonder if we might get a special Fu Manchu The Mandarin Zheng Zu version in the future.

Check out all the variants released today below as well as additional details. Shang-Chi releases May 19th at your local comic book shop!

New era of Shang-Chi kicks off on May 19th!

After the events of his last series, Shang-Chi has finally taken his place as the leader of the Five Weapons Society but using an evil secret organization as a force for good won’t be easy. And it’s about to get a lot harder when Marvel’s biggest heroes start to question his motives! Each issue of the action-packed first arc will pit Shang-Chi against a different Marvel hero including Spider-Man, Captain America, and Wolverine. In addition, the series will introduce new villains with sinister goals for Shang-Chi and his newfound family of warriors. The new series is perfect for longtime fans of the character and newcomers eager to learn more about Marvel’s greatest fighter! For more information, including a first look at SHANG-CHI #1, visit Marvel.com.