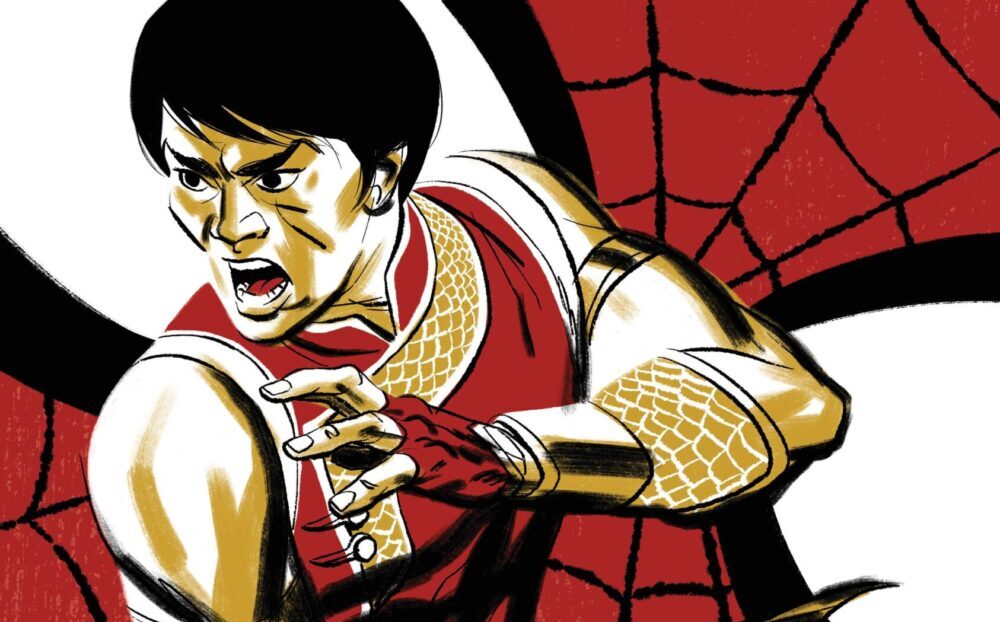 Marvel is celebrating the first Shang-Chi on-going series in nearly 40 years with a series of variant covers by acclaimed artist Michael Cho.

A few months ago, Marvel Comics announced that Gene Luen Yang and Dike Ruan, the creative team behind the fantastic Shang-Chi miniseries that concluded last December, was returning for the Shang-Chi on-going comic. The miniseries was one of the best Shang-Chi stories ever, which I covered extensively with reviews for every issue and an in-depth interview with Gene Luen Yang.

Leinil Francis Yu drew the regular cover, which kicks off a storyline promoted as “Shang-Chi vs. the Marvel Universe.” Today Marvel announced the first variant cover by Michael Cho, which highlights one of Shang-Chi’s potential conflicts with possibly the most popular character in all of Marvel, Spider-Man!

Fans of the character might recall that in the “Way of the Spider” storyline from 2011, Shang-Chi actually trained Spider-Man and helped him develop his fighting skills beyond just using his super powers. It was a fun and memorable storyline and it will be interesting to see if this upcoming story references the shared history between the two.

Check out Cho’s variant cover and additional details below!

Shang-Chi #1 releases at your local comic book shop on May 19th, just in time for Asian Pacific American Heritage Month!

New era of Shang-Chi kicks off on May 19th!

New York, NY— April 22, 2021 — On May 19th, award-winning writer Gene Luen Yang and rising star artist Dike Ruan continue their bold transformation of the Shang-Chi mythos in a brand-new ongoing series. To celebrate this exciting new chapter, SHANG-CHI #1-6 will have a collection of spectacular variant covers by renowned artist Michael Cho that foreshadow the epic brawls that await readers in each issue!

After the events of his last series, Shang-Chi has finally taken his place as the leader of the Five Weapons Society. But using an evil secret organization as a force for good won’t be easy, and it’s about to get a lot harder when Marvel’s biggest heroes start to question his motives! Each issue of the action-packed first arc will pit Shang-Chi against a different Marvel hero including Spider-Man, Captain America, and Wolverine. In addition, the series will introduce new villains with sinister goals for Shang-Chi and his newfound family of warriors. The new series is perfect for longtime fans of the character and newcomers eager to learn more about Marvel’s greatest fighter! For more information, including a first look at SHANG-CHI #1, visit Marvel.com.