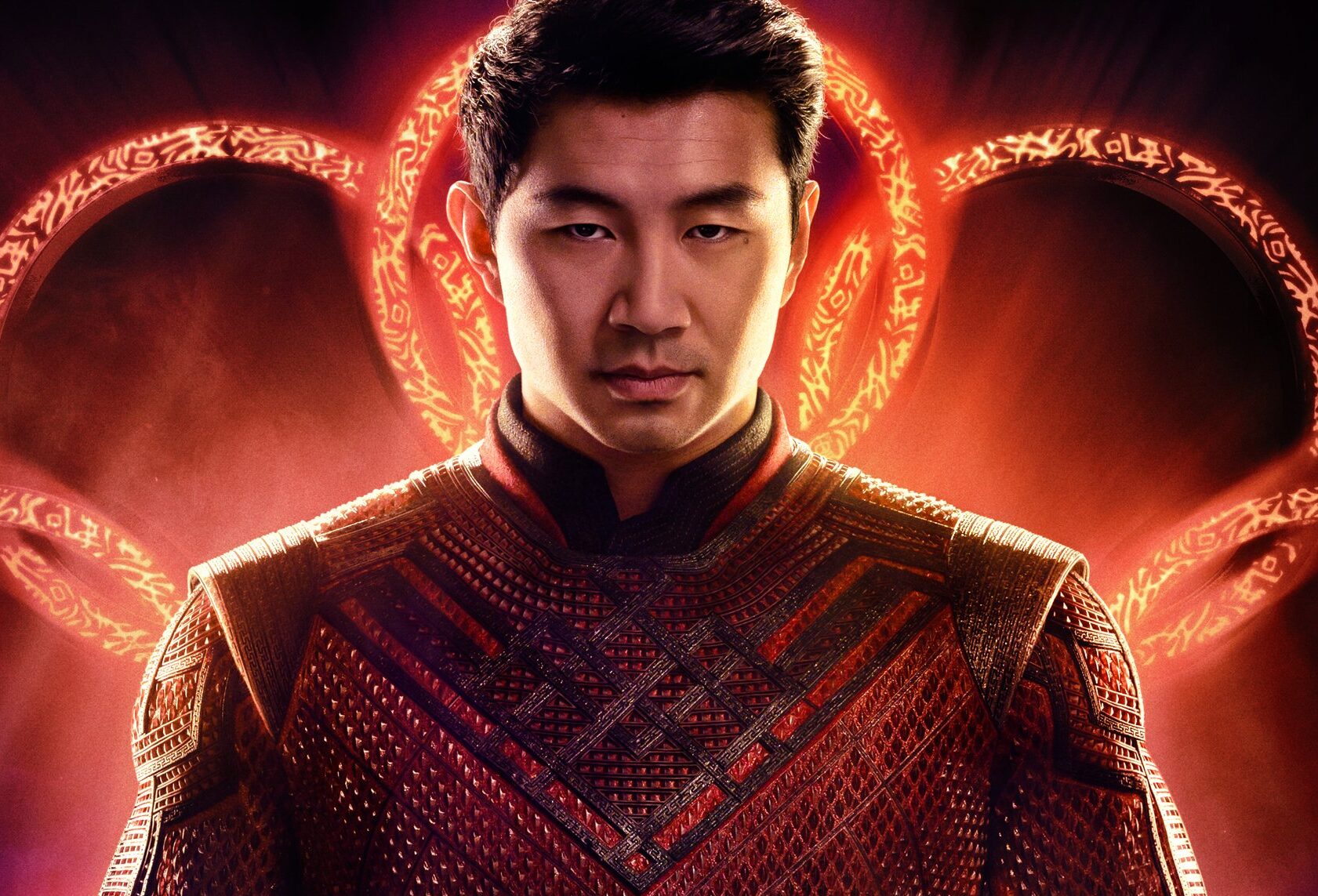 Marvel Studios’ first Asian superhero has arrived! Today, the first official look at Simu Liu (Kim’s Convenience) as Shang-Chi was revealed with the new teaser poster and teaser trailer for Marvel’s upcoming film, Shang-Chi and the Legend of the Ten Rings.

This has been my most eagerly anticipated this film for years. In 2019, I was in attendance at Hall H at San Diego Comic-Con when Marvel Studios officially announced that Simu Liu was set to play the titular role, and the news since then has been in short supply.

There isn’t a brand right now that is more widely recognized and beloved as Marvel Studios, and finally having an Asian superhero join their ranks is sure to leave a lasting impact on the pop culture landscape. For his part, Liu, known best for his role as Jung in the beloved Asian-Canadian sitcom Kim’s Convenience, seems ready to embrace the groundbreaking role this film is expected to play.

Last year, following the heartbreaking passing of Chadwick Boseman, who defined the character of T’Challa, The Black Panther, Liu made it a point to comment on how the work of Boseman and the whole Black Panther team paved the way for films like Shang-Chi.

As for the trailer itself, what can I say except that it looks to be everything fans have been hoping for. With a character like Shang-Chi, that was originally inspired by Bruce Lee, the number one thing that must be great is the martial arts action. Liu, who has a background in various martial arts and Parkour, looks every bit the part of the “Master of Kung Fu.”

Beyond the action, it’s just as important that this film is more than a generic Kung Fu movie with Marvel attached. It must have a full cast of characters that audiences will care about and of course, a compelling story. While we can only take so much away from the teaser trailer, the early impressions are certainly positive.

Along with the trailer and poster, Entertainment Weekly released exclusive coverage today, which included some great quotes by members of the cast, including director Destin Daniel Cretton. Part of what makes Cretton, who grew up in Hawaii, such a perfect director for this project is the fact that he is very much Asian-American, and understands the unique nuances of the Asian diaspora compared to those who grew up in Asia. Shang-Chi after all is an American film about a character who is actually Asian-American (in comics, Shang-Chi is canonically half-Asian with a White mother).

One quote from EW that really stood out to me was Cretton’s commentary on the diversity amongst Asians and Asian-Americans:

“Remember, the Asian culture is so diverse,” he says. “I grew up in Hawaii, [and] Hawaiian food is like Chinese, Japanese, Korean, Hawaiian, Filipino, all mixed together. That is kind of what our crew was: It’s like this big mix of Asian cultures coming together and responding to the script and [saying things] like, ‘Oh, that doesn’t feel quite right.’ All of that helped contribute to what I think is a really beautiful update to what started in the comics a few decades ago.”

EW’s Devan Coggan also did an exclusive interview with Shang-Chi himself, Simu Liu.

I’m particularly intrigued by this version of the historically controversial character of The Mandarin, played here by Hong Kong film legend Tony Leung. The comic character is a problematic portrayal of Asians, inspired by racist yellow peril themes. Marvel Studios previously sidestepped that potential landmine in Iron Man 3, where the character was revealed to be nothing more than a facade played by in-universe actor Trevor Slattery (Ben Kingsley). Of course, in the 2014 Marvel Studios short film All Hail the King, we found out that there is indeed a “real” Mandarin in the Marvel Cinematic Universe.

Now, 7 years after that short film was released, we finally get to see the true Mandarin in all his glory. Fans of Hong Kong cinema know what an iconic actor Tony Leung is, and I can’t think of a better person to bring the necessary gravitas to make sure that a role like The Mandarin is not in any way an Asian caricature.

Check out the exclusive stills released by EW below.

Shang-Chi and the Legend of the Ten Rings is set to release on September 3, 2021!

Marvel Studios’ “Shang-Chi and The Legend of The Ten Rings” stars Simu Liu as Shang-Chi, who must confront the past he thought he left behind when he is drawn into the web of the mysterious Ten Rings organization. The film also stars Tony Leung as Wenwu, Awkwafina as Shang-Chi’s friend Katy and Michelle Yeoh as Jiang Nan, as well as Fala Chen, Meng’er Zhang, Florian Munteanu and Ronny Chieng.

“Shang-Chi and The Legend of The Ten Rings” is directed by Destin Daniel Cretton and produced by Kevin Feige and Jonathan Schwartz, with Louis D’Esposito, Victoria Alonso and Charles Newirth serving as executive producers. David Callaham & Destin Daniel Cretton & Andrew Lanham wrote the screenplay for the film, which opens in theaters on September 3, 2021.