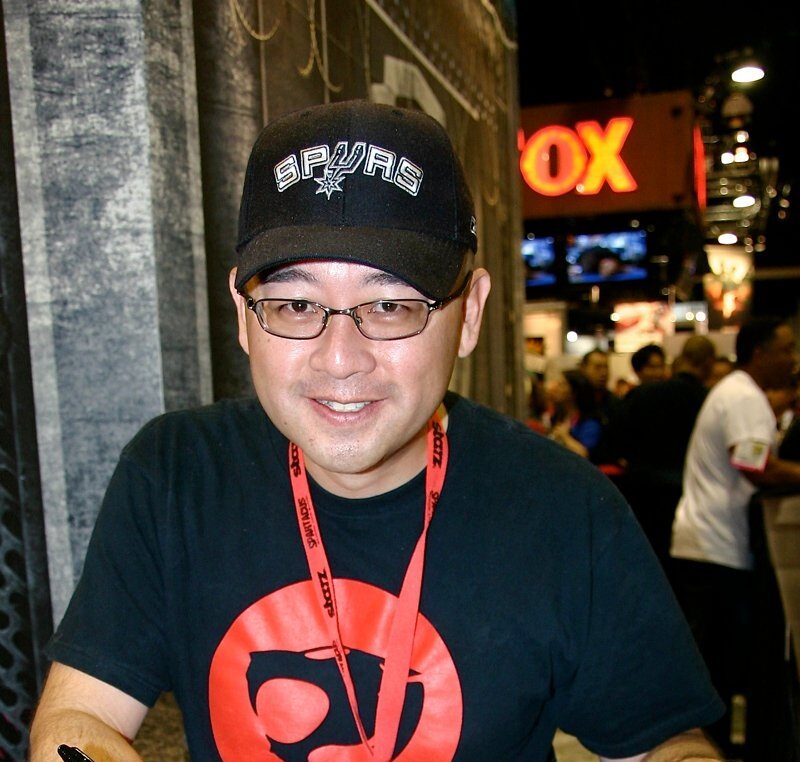 Sam Liu one of the most accomplished animated TV and film directors in the industry. His list of projects includes some of the most critically acclaimed and beloved animated projects like The Batman, Green Lantern: The Animated Series, and Superman: Red Son. While DC’s live-action films have been met with mixed reaction, its animated features have been consistently praised, and Liu has played a major role in their success.

Liu’s latest DC Animated film, Batman: Soul of the Dragon, might very well be his best yet. I absolutely loved the film and it was one of my favorite Batman stories ever. I had the opportunity to speak with Liu about this unique film and his approach to directing an Asian superhero.

I couldn’t recommend Batman: Soul of the Dragon more. Available now on digital and 4k!

This interview has been edited for clarity.

POC Culture: Batman: Soul of the Dragon is a very unique project. It’s an original story with a martial arts focus, and it’s set in a specific time period. Can you walk me through the genesis of how this project came about and what made you particularly interested in doing it?

Sam Liu: This is a Bruce Timm love letter to his nostalgia. This is entirely Bruce Timm’s baby. I came in probably after they had a first draft, at least, done. So I can’t really take any of the credit. Actually, when I first heard it, I was just kind of like, “Oh, that’s kind of interesting…” I don’t know, I have mixed feelings about the 70s, just being Asian and growing up in the South. But the thing that I couldn’t deny is the fact that I’m a big fan of Kung Fu theater and all the films of that time. As a kid, those are things that sort of empowered me, Bruce Lee obviously being the big one to a lot of Asian-American kids. The Gordon Lius, and the multiple Bruce Lee lies and stuff like that of the era. I came into it a little cautious. I talked to Bruce [Timm], Jim Krieg, and Jeremy [Adams], and I just wanted to make sure that we were going to do this responsibly.

Because I have mixed feelings about revisiting that time. There’s a part of it that is absolutely amazing and did a lot for me, but then there are parts of it to where I’m kind of like, “do you like it for the wrong reasons?” And we have a scene that’s like that scene in Enter the Dragon, where Bruce Lee is on the boat and the guy’s trying to pick a fight with him. There’s a moment that’s like that with Richard Dragon and the bouncer, and when I read that, I was just kind of like, “Okay, I’m behind this.”

POC Culture: I’m so glad you brought up that scene, because it really stuck out to me. He could obviously take that guy out with a finger, but instead he uses his smarts and wit. And it’s so much like how people describe Bruce Lee, because he could take anybody out there, but people who knew him always say that Bruce didn’t pick fights. So that was a great scene.

Let’s talk about Richard Dragon. I know you’re very much a character driven director. Richard Dragon in this film is very different from the comics. First of all, he’s Asian. Could you talk about the decision to make him an Asian character and who is this Richard dragon to you? What kind of character are you trying to communicate through this story?

Sam Liu: That’s good question. So again Bruce Timm, when we were doing this virtual panel for Brazil Comic Con (CCXP), he had a novel (Dragon’s Fists: Kung Fu Master Richard Dragon) written by Denny O’Neil, and he showed it on screen. I think that was his introduction to Richard Dragon. The illustration on the cover was sort of based off of Bruce Lee, so in his mind, he was always kind of Asian. For me, I didn’t read comics in the 70s so to be quite honest, I didn’t know who Richard Dragon was. So I had no skin in the game. So again, Bruce Lee was a hero of mine growing up so I was excited. And obviously, he’s not Bruce Lee, so having Mark [Dacascos] (who voices Richard Dragon), we were trying to give each of the characters a little bit of a signature. We didn’t want to do exactly the Bruce Lee thing. Mark has a gentleness about him. He’s such a nice guy, he genuinely is a nice guy, so I think he really brought that out into Richard. Richard is, to me…he’s wise, but he’s not like “the old wise man,” yet. He’s wise, he thinks fuller, and he tries to defuse things, but he still has things to learn. There’s a vulnerability to him, but there’s a strength to him. I think that’s why it’s also difficult, because like Superman in a way…sometimes it’s hard because patience doesn’t really have an impact. He has a quiet strength about him. To me, that’s what his character is about. He has the heart and the persistence, and he’s the one who brings these people together. He’s the one that feels this sense of duty to continue this thing. These four, they grew up together when they were students under O-Sensei, and when the event that happens…without mentioning spoilers…it broke Shiva and it broke Ben Turner. It didn’t break Richard. Bruce continued along his dark path. He was already broken. Ben had anger issues that he was kind of working through. Shiva was the model student and the heir apparent. But after the event happens, she does a total 180 and goes to the dark side. Richard is the light. He is the bond that brings them back together. He’s the soul of the group.

POC Culture: I love that. That makes him a really whole character.

When preparing to do this film, were there any books, martial arts films, or any other reference material that you turned to for inspiration?

Sam Liu: We started with Enter the Dragon as a base as far as what it should stylistically look like. We sort of picked fighting styles for them. Ben Turner is more sort of a hard style, karate or kickboxing style. Shiva is more of a master, sort of Wushu, but a more direct style like Chow Yun-fat in Crouching Tiger, Hidden Dragon. His movement is very direct. Whereas Zhang Ziyi was more flashy, he would cut right to the point. Shiva is a little more like that. Richard is more a Wushu/Jeet Kune Do kind of feel. Batman is just Batman [laughing].

POC Culture: I really love the breaking down of the different styles because it’s such an important element of any martial arts story.

My next question is in spoiler territory. The ending is very much a cliffhanger, practically a literal cliffhanger. I have to say, I didn’t expect that ending and I really enjoyed it. Can you tell us anything about a potential sequel? Do you have a story already laid out? Can we definitely expect to see a sequel?

Sam Liu: That’s awesome. With these things, we’ve gone through quite a few of these, like Justice League: Gods and Monsters, where we hope that it does well enough where people want it and it would merit Warner Brothers to green light another one, but so far, it hasn’t really happened. So nowadays, we just make it and we see how it goes. So I don’t think this is necessarily intended…it does leave room obviously for more stories, but we just wanted to tell this story and have an ending…to me it’s like a Mortal Kombat type of ending [laughing].

It’s funny, because I was like “Oh, it’s got to be like, the Mortal Kombat music theme comes up at the end!” When I was watching the movie a long time ago, that was my favorite part. The storm clouds are coming and they all line up to fight, and then the Mortal Kombat song kicks up.

POC Culture: Well if I can play a Soul of the Dragon video game, then I’d be all for that. Either way, I definitely hope for more of that story.

POC Culture: This story has a lot of Asian heroes, and there aren’t a lot of Asian superheroes in general. As an Asian-American creator, how exciting was it for you to tell this story and what does it mean to you to be bringing this very diverse story to a big platform like DC Animation?

Sam Liu: I felt a little guilty actually, because I kind of wish that I could have infused more. But sometimes there are stories that allow for a message, or there’s a way to highlight something and spend more time on this kind of thing. This was more of a fun movie, and I think some purists will say maybe I didn’t do enough, or I didn’t say enough. But I think that as a whole, hopefully this brings a certain amount of awareness.

There are moments when people have emailed me or messaged me on social media, thanking me for certain things. These things, as big or little as they are, people do watch them, and some people really do get something out of them. I think doing it, and hopefully doing it right, even if there is no big overall message to it…growing up in the 70s, as a kid, seeing Bruce Lee or Gordon Liu, just seeing an Asian person being a hero meant a lot to me. Somebody had written me about how much Barbara Gordon/Oracle meant to him. It reminded me that these things do make a lasting impression on people so it’s worth it. I don’t want to force it, because I can’t get behind trying to force something that’s not really there. But these things do make a difference to people, and sometimes they’re big differences. So I’m really glad that Warner Bros. is trying to do it. They’re trying to do it in a way that’s doesn’t seem overly forced, though to some people, even just making a change is forced.

POC Culture: Absolutely. And doing it does make a big difference. So thank you for all you work!

Thanks to Sam Liu and Warner Bros. for the opportunity! Batman: Soul of the Dragon is out on digital and 4K now!