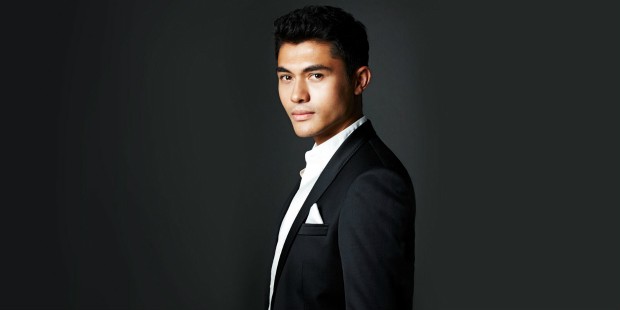 Henry Golding’s star continues to rise as Deadline is reporting that the Crazy Rich Asians lead will star as Snake Eyes in the upcoming G.I. Joe spin-off film. There have been two recent attempts to successfully launch the G.I. Joe movie franchise, G.I. Joe: The Rise of Cobra in 2009 and G.I Joe: Retaliation in 2013, but despite the fact that those films included stars like Channing Tatum and Dwayne “The Rock” Johnson, both films were relatively disappointing. In both of those films, the popular character of Snake Eyes was played by Ray Park, better known as Darth Maul from Star Wars: The Phantom Menace and Solo: A Star Wars Story.

The casting of Golding as Snake Eyes is interesting on a few levels. First, Snake Eyes has typically been portrayed as a white guy with blonde hair and blue eyes. It’s actually his evil rival, Storm Shadow, who has been portrayed as the Japanese-American. Considering G.I. Joe was created back in the 80’s, it’s no real surprise that the cool martial arts hero is a white guy while the evil counterpart is Asian. Given that background, it’s nice to see Golding cast in the role as the first Asian to play the character. It would be great if the canonical background of Snake Eyes is adjusted to make him Asian-American, much like many fans hoped Marvel would do with Iron Fist.

On the other hand, as far as I’m aware, Golding doesn’t have an extensive martial arts background, and his roles to this point have been comedy or drama focused as opposed to action. Snake Eyes is essentially defined by his cool, mysterious look and his martial arts. On top of that, Snake Eyes is supposed to be unable to talk due to damaged vocal chords. It’ll be interesting to see how Paramount builds a film around an actor who is known for his charisma more than his physical acting playing a character who can’t talk and is known for fighting.

Regardless, I’m happy to see Golding get more opportunities and to see somewhat problematic characters like Snake Eyes get rebooted to include Asians in hero roles. Here’s hoping third time’s a charm for the G.I. Joe film franchise!

The Snake Eyes spin-off film is currently slated for October 16, 2020.

In the existing canon, G.I. Joe’s most famous character, Snake Eyes, is a blonde white character who was horribly disfigured after a mission which...