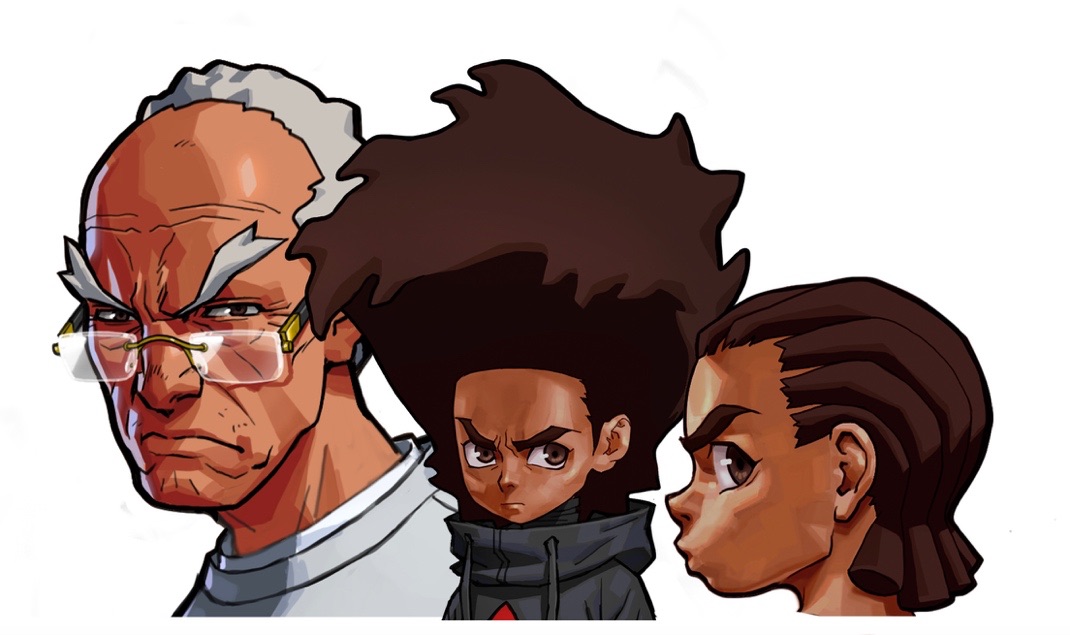 The streaming wars continue as HBO Max announced today that it is bringing back the popular animated series Boondocks for two seasons of 24 episodes each and a 50-minute special. In addition to the new content, all 55 episodes of the original series, which aired on Cartoon Network, will also be available on HBO Max at launch.

Boondocks was originally a comic strip created by Aaron McGruder which appeared monthly in The Source magazine. Sony Pictures Entertainment eventually bought the TV rights to the comic and tapped Seung Eun Kim as the supervising director for the show, which won a Peabody Award.

The show gained popularity for its sharp critique on American society, particularly politics, from the perspective of an African-American family living in a mostly white suburb. McGruder is said to have been inspired in part by Japanese anime like Samurai Champloo and Cowboy Bebop.

McGruder will executive produce the new content, as well as act as the showrunner. Seung Kim will also return to produce the show.

Personally, this is the perfect time to revitalize a show like Boondocks. We clearly need smart social commentary by creatives like McGruder and 2020 is a critical year for a variety of reasons. I’m excited that this new content will undoubtedly inspire many viewers to go back and read and watch the original content as well.

From the streaming wars standpoint, I’ve often said that HBO Max is one of the very few individual streaming services that I think has a legitimate claim to the marketplace. Disney+ will obviously be huge, but I definitely see HBO Max as a worthy competitor. Plus, between Boondocks and the previously announced Americanah, I couldn’t be more thrilled with the additional diverse content!

Additional information can be found in the press release below.

The Boondocks to Return on HBO Max

Two Reimagined Seasons, A 50-Minute Special and the Complete Original
Boondocks Library Will be Available on HBO Max

LOS ANGELES – September 18, 2019 – HBO Max is ordering two reimagined seasons, with 24 episodes of the beloved animated series The Boondocks. The series from creator Aaron McGruder will launch in Fall 2020 with a 50-minute special. All 55 episodes of the original The Boondocks series will also be available on the direct-to-consumer offering at launch.

Based on the comic strip created by McGruder, The Boondocks both depicted and presaged the nation’s most roiling cultural issues, earning McGruder a Peabody Award, and the devotion of fans who see him as both the voice, and the Nostradamus of his generation.

“The Boondocks was a revolutionary series that sparked conversations on hot button issues and brought dark subjects into the light with episodes like ‘The Trial of Robert Kelly’, ‘The Fundraiser’ and ‘The Story of Gangstalicious’,” said Kevin Reilly, Chief Content Officer, HBO Max and President, TBS, TNT and truTV. “Aaron is a gifted visionary whose unique style of storytelling is a welcome voice and we are elated The Freemans are making their thugnificent comeback on HBO Max.”

The new Boondocks follows the adventures of self-proclaimed “Civil Rights Legend” Robert “Granddad” Freeman, and his two rambunctious grandsons Huey and Riley. The family has recently moved to an idyllic community in suburban Maryland only to see it taken over by the tyrannical Uncle Ruckus and his bizarre neo-fascist regime. Life under Ruckus turns out to be an everyday struggle to survive.

According to McGruder, “There’s a unique opportunity to revisit the world of The Boondocks and do it over again for today. It’s crazy how different the times we live in are now – both politically and culturally – more than a decade past the original series and two decades past the original newspaper comic. There’s a lot to say and it should be fun.”

McGruder returns as showrunner and will serve as executive producer along with Norm Aladjem for Mainstay Entertainment as well as Seung Kim and Meghann Collins Robertson. Sony Pictures Animation will produce the series in partnership with Sony Pictures Television.