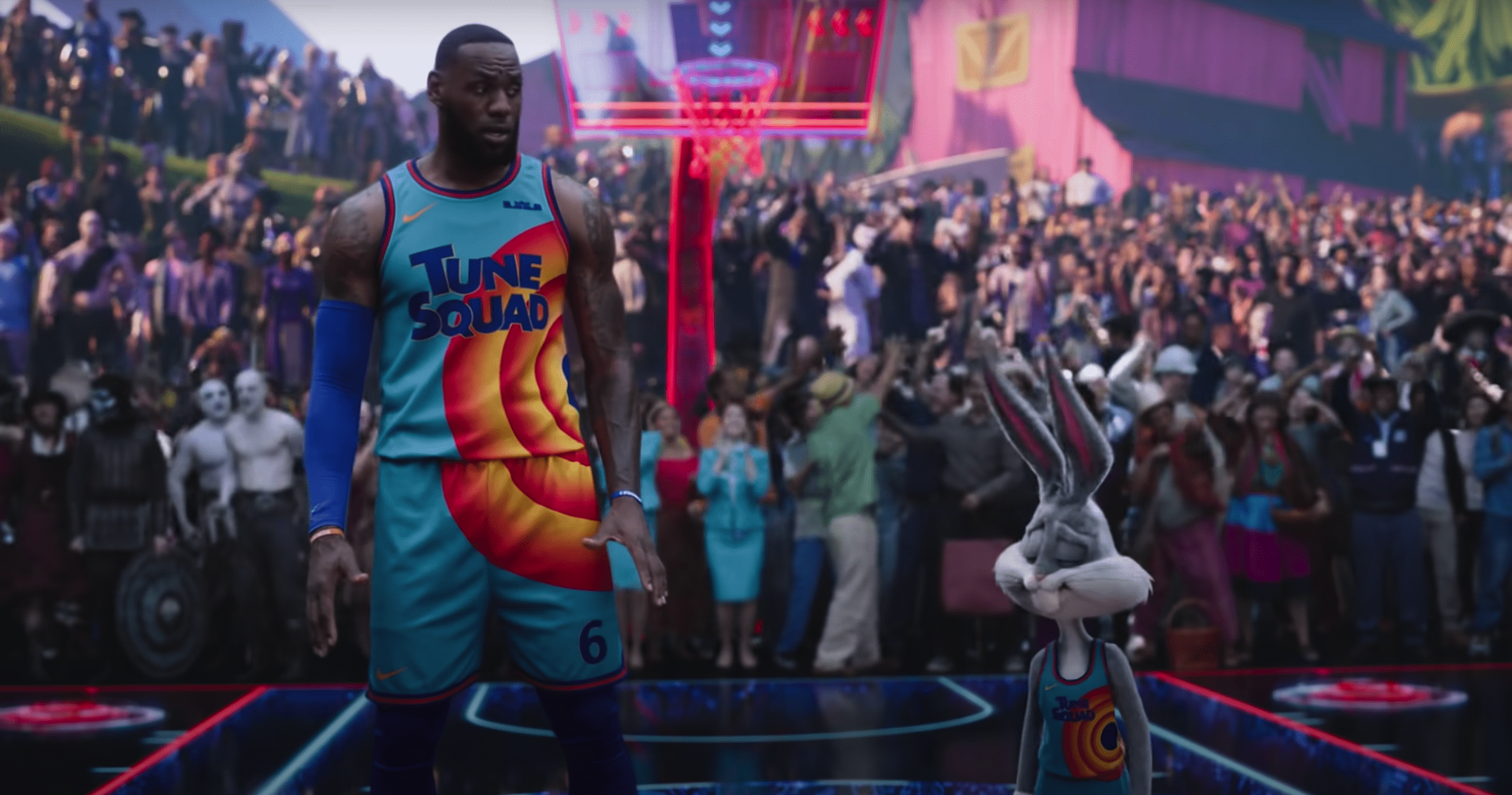 Earlier this week, Warner Bros. shared a new teaser poster and a sneak peak at the full line-up of Nike and Converse sneakers and apparel for Space Jam: A New Legacy. Today, a full new trailer was released, with a great look at all the main characters and lays the foundation for the plot of the film.

I’m really enjoying the concept of Don Cheadle as the primary villain. There’s something so wonderfully smug about his performance in the trailer that is really enjoyable. The trailer also shows the Monstars for this film, and each of them have some fun designs. As a huge basketball fan, I instantly recognize the voice of Emmy award winning NBA on TNT host Ernie Johnson! Johnson is one of my favorite basketball voices ever, and including him in this film is nice touch for NBA fans.

The animation is really slick and impressive for this film. It looks and feels like Warner Bros. Animation Group took the animation to a new level with this project and I’m excited to see the final product.

LeBron James and the Tune Squad only have one shot to win the highest stakes game of their lives.

Watch them battle it out on the court against the Goon Squad in Space Jam: A New Legacy
in theaters and HBO Max – July 16.

Welcome to the Jam! Basketball champion and global icon LeBron James goes on an epic adventure alongside timeless Tune Bugs Bunny with the animated/live-action event “Space Jam: A New Legacy,” from director Malcolm D. Lee and an innovative filmmaking team including Ryan Coogler and Maverick Carter. This transformational journey is a manic mashup of two worlds that reveals just how far some parents will go to connect with their kids. When LeBron and his young son Dom are trapped in a digital space by a rogue A.I., LeBron must get them home safe by leading Bugs, Lola Bunny and the whole gang of notoriously undisciplined Looney Tunes to victory over the A.I.’s digitized champions on the court: a powered-up roster of professional basketball stars as you’ve never seen them before. It’s Tunes versus Goons in the highest-stakes challenge of his life, that will redefine LeBron’s bond with his son and shine a light on the power of being yourself. The ready-for-action Tunes destroy convention, supercharge their unique talents and surprise even “King” James by playing the game their own way.

Monsters,” “Star Wars Episode VIII – The Last Jedi”) and costume designer Melissa Bruning (“Rampage,” “War for the Planet of the Apes”). The music is by Kris Bowers (“Greenbook,” Netflix’s “Bridgerton”).

Warner Bros. Pictures Presents a Proximity/The SpringHill Company Production, a Malcolm D. Lee Film, “Space Jam: A New Legacy.” The film will be distributed worldwide by Warner Bros. Pictures. It will be released in theaters nationwide on July 16, 2021 and will be available in the U.S. on HBO Max for 31 days from theatrical release.