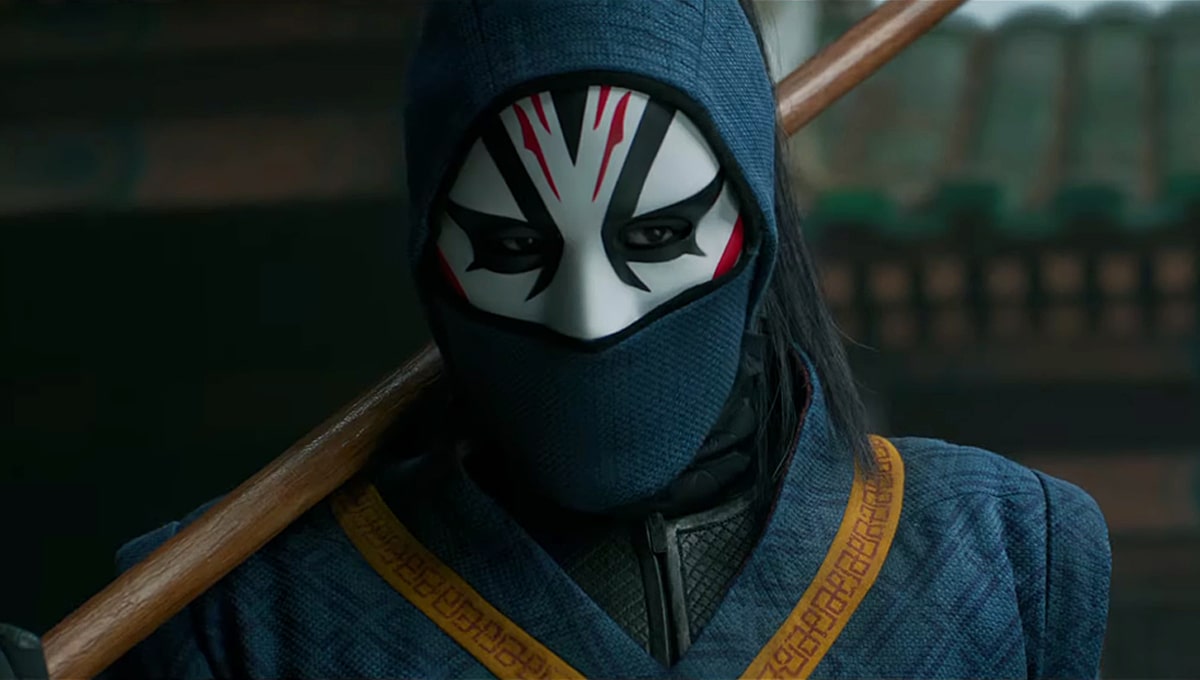 The man behind the mysterious Death Dealer has finally been revealed. The Death Dealer is one of the most intriguing new characters in Marvel Studios’ Shang-Chi and the Legend of the Ten Rings. With an awesome character design, intriguing hidden identity and sublime martial arts abilities seen in the trailers, many have wondered who was playing this exciting new villain.

The Death Dealer is a character taken right from the original Shang-Chi comics, first appearing in Master of Kung Fu #118 in 1982. The character appears for only a few issues, before being defeated by Shang-Chi and ultimately (spoilers!) dying.

It’s always interesting when Marvel Studios adapts a little known comic character for the Marvel Cinematic Universe, and the Death Dealer might be one of their best adaptations yet. Revamping the original character’s skull based costume into something more martial arts inspired, the MCU version is much more interesting and visually impressive from a design perspective.

Of course, as soon as the Death Dealer appeared in the first teaser trailer, fans wondered who was playing the character. Especially considering that the character looks to be one of Wenwu’s (Tony Leung) top warriors and engaged in several fight scenes opposite Shang-Chi (Simu Liu), it was natural to expect that whoever was playing the Death Dealer was an accomplished martial artist.

Marvel Studios has obviously made it a point to keep the actor’s identity a secret as well, with no mention of who the actor playing the character is, despite the character being very visible in the marketing.

Two co-members of Martial Club, Joseph Le and Brian Le, who were also involved in Shang-Chi, also confirmed Andy’s role in the film via Instagram.

If you’re not familiar with what Andy Le can do, check out some of his impressive highlight videos on Youtube. I’ve followed Le’s growth over the last several years, and enjoyed seeing him crossover into feature films like The Paper Tigers.

Now in what is likely to be the biggest role of his career, Le will hopefully be given a chance to let his skills shine for a massive audience. Le’s involvement in the film also speaks to how extensively Marvel Studios searched to ensure that they found the the right talent for Shang-Chi. Le and his team do incredible work, but while their online following is substantial, it’s not as if they’re household names or regulars with casting agents. It’s great to see that their talents were recognized by Marvel and given this opportunity.

Shang-Chi and the Legend of the Ten Rings premieres only in theaters September 3rd!

In this article:Marvel, Marvel Studios, MarvelStudios, Shang Chi, Shang Chi and the Legend of the Ten Rings, ShangChi, ShangChiandtheLegendoftheTenRings, Top