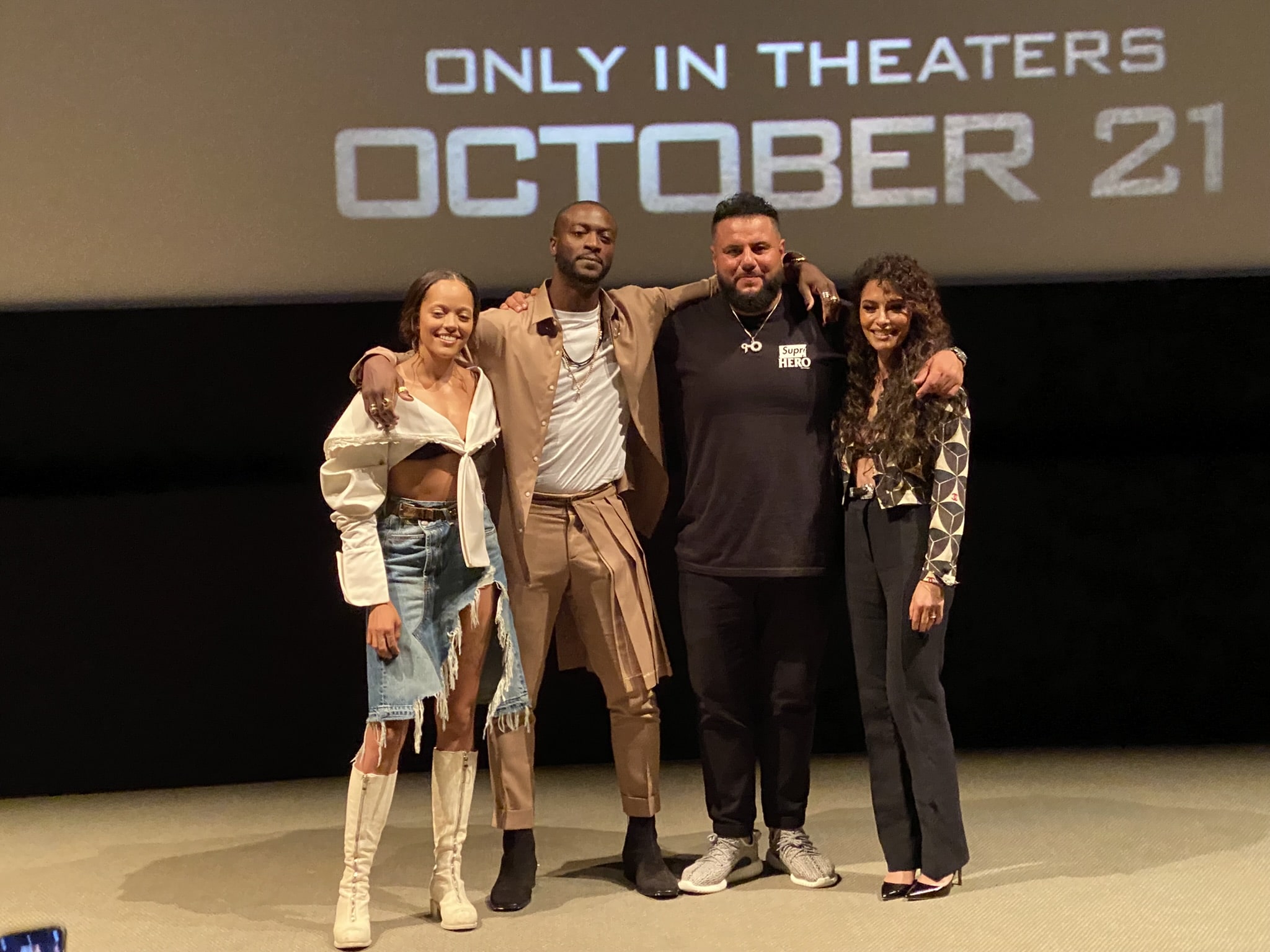 On Wednesday, September 7th, I had the privilege of spending a toasty but beautiful afternoon on the Warner Bros. Burbank lot for a sneak preview of the now-recently-released Black Adam trailer #2 and an intimate Q&A session with some of the leading cast members of the upcoming action flick.

Our host and moderator for the event played back the trailer twice in succession, giving myself and fellow attendees the chance to mull over the details and absorb all the new information packed in the video: extended scenes of Dr. Fate and the Justice Society of America in action, the inclusion of Amanda Waller (questions about her came up more than once later on) and hints at other mysterious appearances. All in all, it was a fun trailer with plenty to whet the appetite of die-hard fans and casual action movie viewers alike.

After the screening, Black Adam cast members—Aldis Hodge, Sarah Shahi, Mohammed Amer and Quintessa Swindell—took to the stage (or the foot of the stage, to be exact) and had an up-close and personal conversation with all of us about their experiences on the film.

Of particular note was the amount of praise for both Dwayne Johnson’s portrayal of the main character in his first proper big screen comic book adaptation, as well as for Pierce Brosnan’s warmth and care for the cast on set (Shahi shared a hilarious anecdote about Brosnan’s infinite patience with her two young toddlers as they caused as chaos during a summer backyard party).

Hodge and Swindell (affectionately nicknamed “Q” by Hodge himself) took turns speaking about their unique training regimens. Hodge recalled spending up to 8 hours a day preparing with the stunt team for his action scenes, while Swindell spent much of their time absorbing the movements of classically trained stage actors and dancers to implement into the physicality of their own character, Cyclone. Swindell also called upon their own experience doing live theater to cement the performance.

Mohammad Amer (playing an original character named Kamir, whom the rest of the crew were quick to say was the heart of the team in many ways) spoke about his and Shahi’s characters and their complicated relationship to Black Adam. As locals of Kahndaq, their characters appreciate, but reserve a bit of apprehension for, Black Adam’s methods of exacting justice in the region—a sentiment which apparently runs through the film and is also mirrored by Hodge’s Hawkman, who relates to Adam’s struggle but disagrees with his philosophies.

Editor’s Note: This article was written in collaboration with our friends at The Nerds of Color.