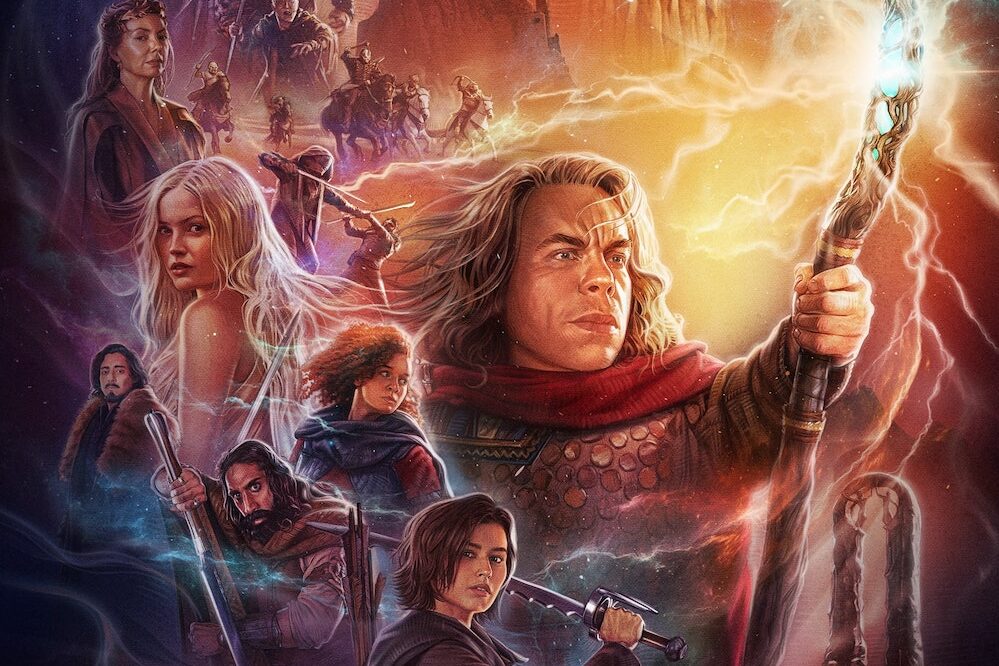 The 1988 classic, Willow returns with a sequel series on Disney+ of the same name! Warwick Davis returns in his iconic role as this show continues the classic story of the original, with the next generation. The show deals with Queen Bavmorda’s legacy, the whereabouts of Elora Danon, and the children of Madmartigan and Sorsha.

This Willow series is a worthy successor to the original. Having only seen the original film for the first time a month ago, they are both fresh in my mind and I watched the series immediately following the film! While the film is great, I don’t have any nostalgia for it as some fans might, which could get in the way of their enjoyment of the new show. The end credits of each episode features catchy pop music, which is unexpected but enjoyable.

During a special screening at Disney a few weeks ago, executive producer and writer Jon Kasdan mentioned that they wanted to create something different from what Marvel and Star Wars have been delivering and they certainly accomplish that. This series feels extremely refreshing, just like the Star Wars series Andor, but with a lighter tone. Between the production design, the compelling story, and the visual effects, Willow might as well screen in movie theaters. It’s that good.

This review covers 7 of the 8-episode season. Willow premieres November 30, 2022 on Disney+!

Having seen seven of eight episodes of Willow, I can safely say that I love it. Even just a few episodes in, I enjoyed this series more than the original film. Willow is fun and looks fantastic; it really dives deep into the characters, taking advantage of the series format, and every actor brings so much energy to their role.

The show’s writing allows the audience to get to know the characters while they’re on this journey and we really come to understand their motivations. Everybody gets time to shine, with different episodes focusing on different characters. Because of this, everyone in the cast is my favorite, and they grow on you even more as the series progresses.

Amar Chadha-Patel plays Boorman, a roguish warrior with a checkered past, who is certainly a standout. Patel has so much charisma in his performance but he also has an enigmatic presence on screen; you never know what you’re gonna get from him! He plays really well off of everyone, and the character interacts with everyone in the cast so differently.

Returning as Willow Ufgood, Warwick Davis is the magical glue that holds this show together. Willow is now the High Aldwyn of the Newlyn people. He has a big presence in the show, as he is renowned as the legendary sorcerer who defeated Bavmorda. I would have liked to see more backstory on what Willow and the Nelwyn have been up to after the events of the film. Ironically there wasn’t enough of Willow in Willow!

Ruby Cruz is Kit, Sorsha’s (Joanne Whalley) daughter, and also one of my favorites because she is a spirited person with a bit of an ego. It’s very compelling to watch how the character progresses through the season. She goes through a lot.

Following the incredible queer representation with Vel and Cinta’s relationship from Lucasfilm’s Andor, this series also features queer main characters, exploring Jade (Erin Kellyman) and Kit’s relationship. A fair amount of time is spent exploring their dynamic, and it put a smile on my face to see Lucasfilm feature a queer relationship between main characters on screen, rather than dropping their sexuality as a factoid in an interview or a quick kiss that can easily be edited out (which has happened in the past). Disney and Lucasfilm need to continue delivering queer representation, especially in their feature film releases. I can’t wait for everyone else to see their story. It makes me so happy to see this representation.

Jon Kasdan mentioned in the Q&A I recently attended that they’d love to tell as many stories as they’re allowed, even potentially jumping from TV to movies. I would love to see that happen if they continue to have leading queer characters and characters of color. This show already feels cinematic in quality, and looks great in a movie theater, so I hope they get to make films, or even special presentations like Marvel’s Werewolf by Night or The Guardians of the Galaxy Holiday Special.

I would have liked to see more explanation as to who the villains are exactly within the first couple of episodes, as I didn’t really grasp what we were up against until the latter part of the series. The series doesn’t fully explain why they are a threat. However, the character designs on the antagonists are so memorable and the costumes look amazing. The set design is also incredible. Willow perfectly scratches my Fantasy itch.

In this article:Disney, Disney Plus, DisneyPlus, Lucasfilm, Review, Willow