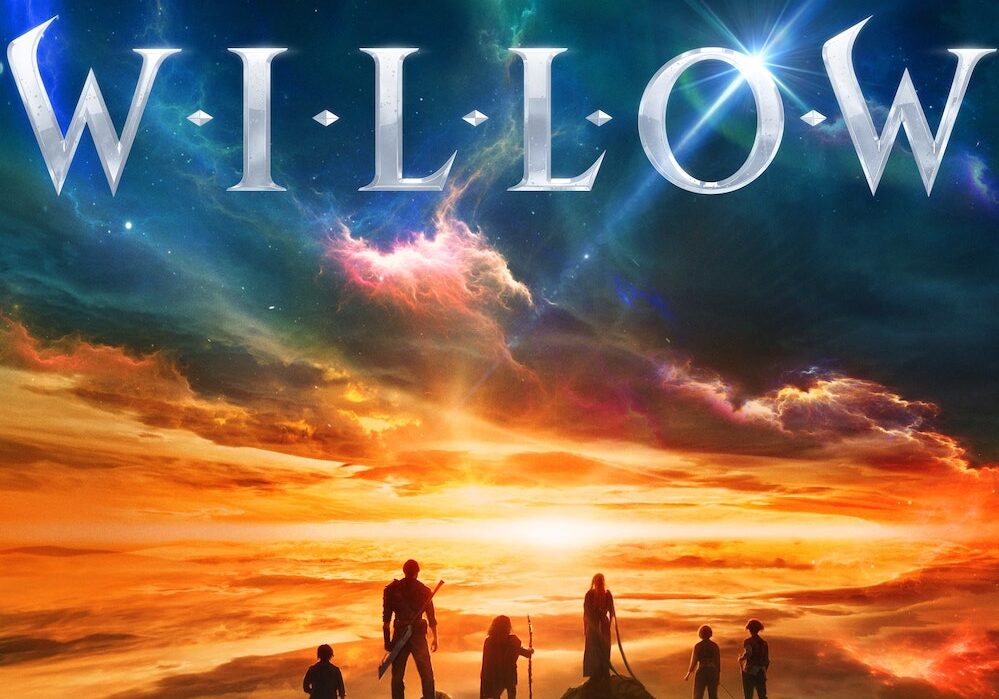 The sequel to Ron Howard and George Lucas’ 1988 film Willow is on the horizon. The sequel, also titled Willow, premieres on Disney+ on November 30th, just one week after Andor’s season finale. I recently had the opportunity to visit Disney Studios for a screening of Willow episode four (there are eight episodes in the season), followed by a Q&A with writer and Executive Producer Jon Kasdan and Executive Producer Michelle Rejwan, who talked about the development process for the new series. The following quotes have been edited for clarity.

Kasdan talked about how Willow creator George Lucas and director Ron Howard had discussed the idea for a sequel for many years. “The two people who really wanted this all along are George [Lucas] and Ron [Howard]. To hear Ron tell it, George had always sort of imagined the TV space living as a place where Willow could continue. I think for a good two decades, Ron sort of rolled his eyes at that notion because it just wasn’t a space where you told those kinds of stories,” Kasdan said.

On the set of Solo: A Star Wars Story, which Kasdan and Howard worked on together, Kasdan told Howard and Warwick Davis, who stars as Willow, about his trying to convince Lucasfilm President Kathleen Kennedy to let them continue the story. Kasdan explained that around then, Disney+ and the Star Wars series, The Mandalorian, were announced, which gave the idea of a Willow sequel new life. Kasdan explained that Howard excitedly told him that Disney+ was how they could potentially convince Disney to let them do more Willow.

The two creators explored potential storylines for Willow while working on Solo, discussing details of what would happen in a full season and even talking about how Erin Kellyman, who starred as Enfys Nest in Solo and plays the role of Jade in Willow, might play a major part in the project.

I had asked if Lucas was consulted when they were making this series, and Kasdan said that Kennedy “very much kept [Lucas] in the loop on that.” He told us about Lucas’ set visit to Solo where he was supposed to stay for only twenty minutes, and ended up staying for five hours. Kasdan said to Lucas that he’d love to do something with Willow and Lucas responded by saying that it was something he’s always wanted to do. However, Kasdan explained that since that time, Lucas distanced himself potentially being directly involved. “[I]n the years since Solo, I got the impression that he decided on a philosophical level that he was sort of in or out and that he was going to be out…,” Kasdan said. “And he’s been nothing but supportive and giving a blessing, but he hasn’t been a creative partner.”

Rejwan added that they did have Howard for every moment of developing Willow and Kasan said that Lucas and Howard are very close. “Every time Ron went to see George, the third question was… ‘And what’s going on with Willow?’ And Ron has been deep in the weeds with us from the very beginning so I think that’s how George has stayed in it a little bit” Kasdan said.

Initially Kasdan had envisioned Willow as a movie, with numerous action sequences, saying that “every 15 minutes there’ll be a big action sequence and it’ll be over in 90 minutes and you’ll never know what hit you.” But because the project was developed as a series, he said that they were able to focus more on the development of the main characters and building out the full group that appears in the show. “I think what happens in that transition is that the character becomes a much bigger part of it than maybe even was true in the movie,” Kasdan said.

Kasdan also shared that he would love to continue the Willow story, including potentially making another film. “[I]t seems to be that the street leads from movies to TV. I hope that we’re headed toward a moment where the reverse direction can be done too,” Kasdan said. He mentioned they would take all the story opportunities they could get, starting with another season because there’s a lot more they would like to tell. Rejwan added, “We love all of these characters and any opportunity to see them again, continue their stories and have other adventures of them would be a privilege. It would be a blast.”

Kasdan mentioned that Marvel Studios’ Werewolf by Night “feels like an opening of a door,” saying that there’s a place for short form standalone content, and saying “we’d love to tell Madmartigan stories or whatever it be, in whatever form they might take. We’re up for all of it.”

One random tidbit of information that the nerd in me really enjoyed was Kasdan explaining that the world of Willow got its name “Andowyne” from Lucasfilm Story Group’s Pablo Hidalgo, who named it in a Wookieepedia post 15 years ago.