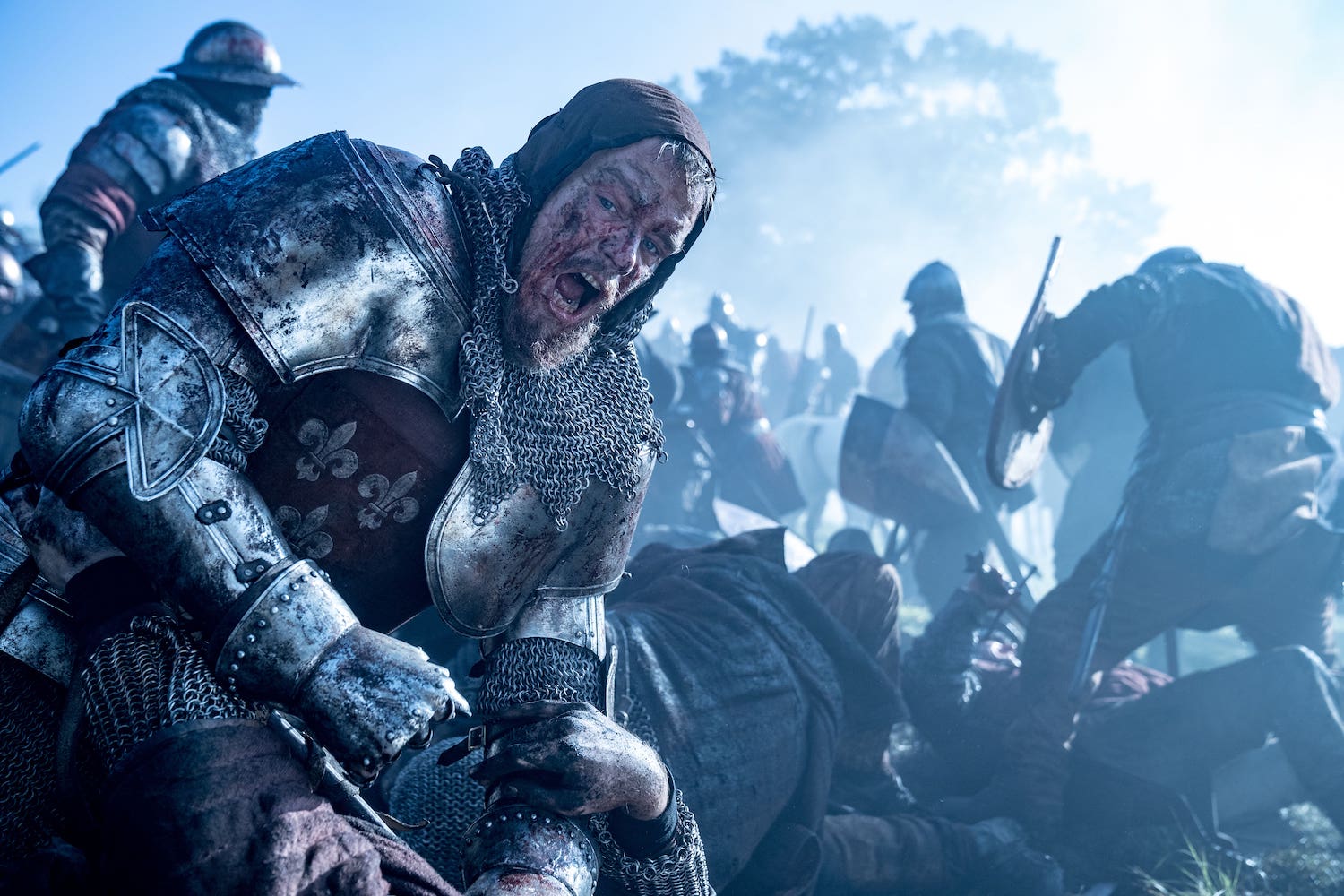 20th Century Studios’ The Last Duel, directed by Ridley Scott and starring Matt Damon, Ben Affleck, Jodie Comer and Adam Driver seems like a can’t miss project. There are numerous factors going for it. First, the sheer star power involved in the film, which also features the writing reunion of Damon and Affleck, who co-wrote the screenplay along with Nicole Holofcener, is likely enough to draw out most movie-goers. Scott alone is the kind of director who has such an impressive legacy of films that he’s on the short list of directors who are a “must watch” regardless of the material.

When you also consider the fact that The Last Duel, which is based on the book by Eric Jager, takes a unique approach to the conventional three-act structure of storytelling by presenting each act from a different character’s perspective, the film definitely has intrigue.

Finally, the story, which centers around the conflicting viewpoints of a sexual assault of a woman, promises to subvert expectations and center the lone main character who is a woman in Jodie Comer’s Marguerite de Carrouges. Indeed, it’s notable that the theatrical poster features Comer front and center.

Unfortunately, despite the cast and crew’s incredible pedigree and a commendable desire to tell a thought provoking story, The Last Duel disappoints with a dreary plot and falls short of its goal. The film isn’t nearly as subversive or layered as it seeks to be, instead telling a story that feels dated and repetitive as it labors to its titular end.

The Last Duel premieres Friday, October 15th only in theaters. Spoilers below.

From 20th Century Studios comes “The Last Duel,” visionary filmmaker Ridley Scott’s gripping tale of betrayal and vengeance set against the brutality of 14th century France. The historical epic is a cinematic and thought-provoking drama that explores the ubiquitous power of men, the frailty of justice and the strength and courage of one woman willing to stand alone in the service of truth. Based on actual events, the film unravels long-held assumptions about France’s last sanctioned duel between Jean de Carrouges and Jacques Le Gris, two friends turned bitter rivals. When Carrouges’ wife, Marguerite, is viciously assaulted by Le Gris, a charge he denies, she refuses to stay silent, stepping forward to accuse her attacker, an act of bravery and defiance that puts her life in jeopardy. The ensuing trial by combat, a grueling
duel to the death, places the fate of all three in God’s hands.

Despite the story’s shortcomings (more on that below), the cast is legitimately excellent. Adam Driver and Ben Affleck stand out as Jacques Le Gris and Pierre d’Alençon respectively. As we’ve all come to expect from Driver, he approaches the role with a balance of intensity and warmth that few can manage. Driver’s Le Gris feels like the film’s protagonist, if not its hero, for a substantial part of the story. He’s an unwaveringly loyal friend to the abrasive Sir Jean de Carrouges (Matt Damon), he’s a trusted and effective confidant to d’Alençon, and has a powerful charm that leaves an impression in every scene. There is one scene in the film where Jacques rudely interrupts a dinner party that Le Gris and d’Alençon are attending, and loudly and publicly insults Le Gris. Everyone would have understood of Le Gris pounded de Carrouges in that moment. Instead, Le Gris simply stands up and humbly (yet proudly) apologizes. Driver’s performance in that scene could be used as the model of how all apologies should be handled in society. Driver is so likable that when the moment arrives where Le Gris sexually assaults Marguerite de Carrouges, who is de Jacques’ wife, it’s almost too hard to believe.

For his part, Affleck looks like he’s having the time of his life as Pierre d’Alençon, the Count who runs the land. d’Alençon offers the few moments of levity in an otherwise bleak and dreary plot and his scenes are alway welcome. In fact, Affleck is probably the only member of the cast who genuinely looks like he’s having fun in this film, which is fair considering the subject matter. Affleck’s performance is reminiscent of Andy Serkis’ Ulysses Klau in Marvel Studios’ Black Panther, where he’s just having such a great time that you can’t help but enjoy the all-too-short ride with him.

Finally, the titular event delivers. Ridley Scott has more than proven that he knows how to film thrilling hand-to-hand combat and this is no exception. Driver and Damon rise to the occasion, bringing brutal emotion and intensity to the climactic battle full of blood, guts and grime. Even watching the conclusion from the perspective of having been disappointed by the majority of the film, it’s a surprisingly satisfying conclusion.

The Last Duel was supposed to subvert expectations. At the press conference, the writers talked about how the goal was to make the audience question why Comer would want to play a role that seems so stereotypical and one-dimensional, and then in the third act make audiences realize the depth of her character. The film painstakingly (for us) replays the events of the sexual assault from both de Carrouges’ and Le Gris’ perspectives in an apparent effort to show audiences how two individuals can experience the same incident so differently. We are undoubtedly meant to experience some kind of shock and awe at the revelation of the “truth.” And yet, none of that happens.

Instead, we are subjected to repeated viewings of the rape with not enough distinction between the scenes to justify it. Whether Le Gris is extremely vile or EXTREMELY vile during that scene is inconsequential. Nothing in the variations change the result of the scene or our opinions of Le Gris. As a result, we’re left with what is at best a dreadful sense of discomfort.

As the credits rolled, I was still waiting for the revelatory moment when Comer’s de Carrouges would be proven to be a multi-dimensional character. The reality is that the sole woman main character in the film fell short of expectations. She had one other woman friend, with whom she only shared a few scenes and talked primarily about men. She had a frigid relationship with her mother-in-law. She was in an arguably loveless marriage (depending on perspective of course), and she desired to be a mother. Her defining characteristic is that she demanded justice for her rape in the face of dire consequences, but even that potential bravery is undermined when it’s revealed that she didn’t fully understand the gravity of what would happen to her if her husband lost the duel (she would be burned alive).

In addition to the shortcomings in the development of the character of Marguerite de Carrouges, the film’s stated goal is questionable. It claims to seek to highlight the fragility of justice and the inequitable power of men in 14th century France. The problem of course is that neither of those themes are really a surprise to anyone, either about 14th century France or about present day United States. Comer herself stated during the press conference that “the sad part about this story is that you could say it for any part of history that’s gone by” and she’s absolutely right. Which begs the question then, what’s the point of the film? The “justice” in the film isn’t one that points to how systems can be made more equitable for women. Indeed, Marguerite’s salvation depended wholly on her husband’s fighting prowess.

Ultimately, The Last Duel feels like a film that hasn’t aged well even before its release. Despite a stellar cast, a legendary director and a potentially interesting storytelling structure, the film itself failed to deliver on its stated purpose or provided adequate entertainment to overlook its shortcomings.