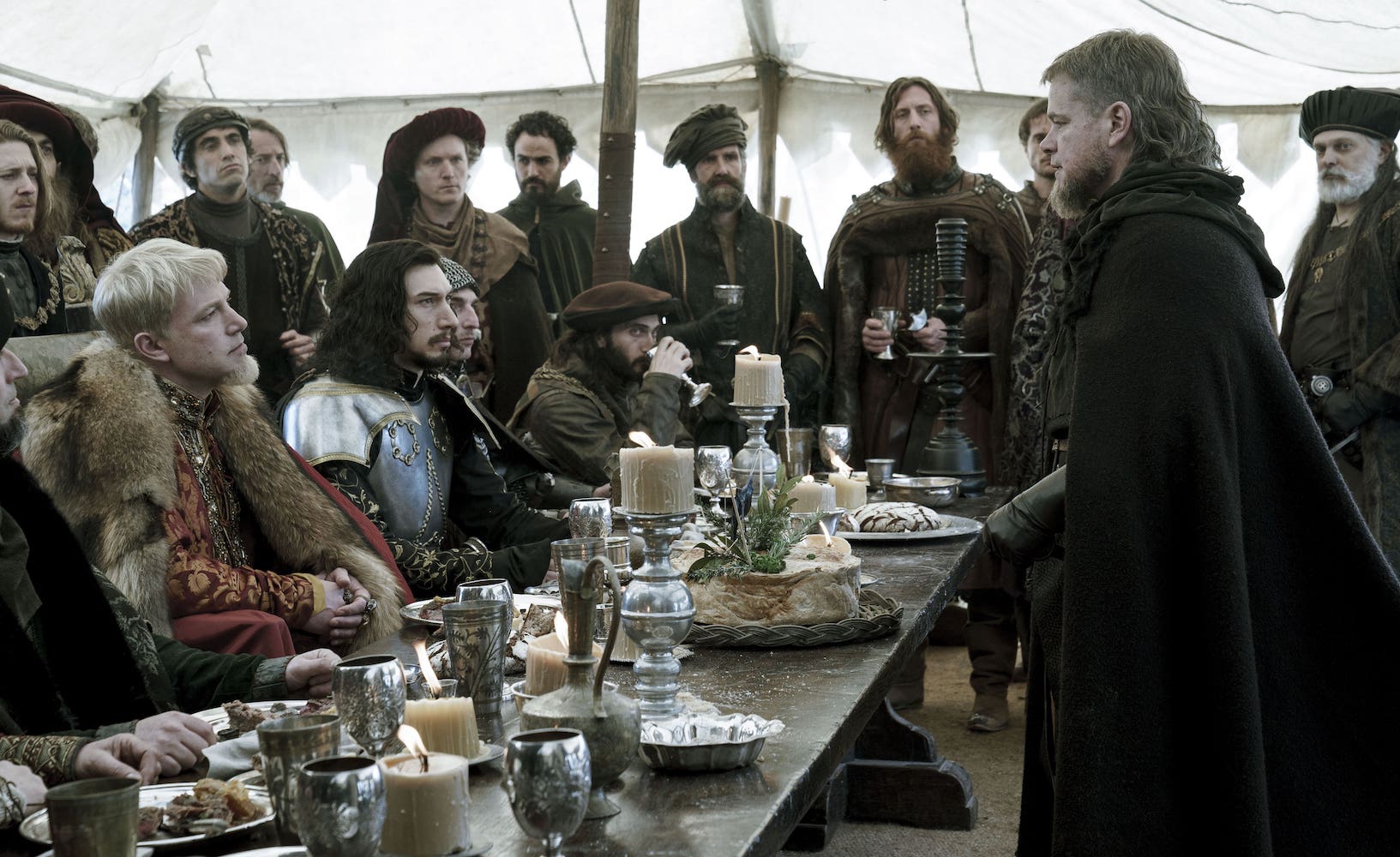 At the virtual press conference for the film, Damon and Affleck, who last teamed up to write a film 24 year ago for Good Will Hunting, talked about why it took them so long to do it again. “I think we were just…we were kind of afraid of writing. Because we were so inefficient,” Damon said. “It was so time consuming the first time we did it because we didn’t know what we were doing. And it took us, literally, years.”

For Holofcener, whose writing credits include Friends with Money and Enough Said, her approach to the script was to keep the audience guessing. The film tells the same story from three different perspectives, and Holofcener was tasked primarily with taking the lead for the critical third act, which is from Marguerite de Carrouges’ (Jodie Comer) perspective. “I wanted people to wonder why Jodie Comer took this lousy part, basically. Why she’s barely in this movie playing, like, this, kind of obsequious wife who, I don’t know, thinks her husband is all that,” Holofcener said. “Then, by the time we got to the third act, I wanted really to say, like, ‘No. This is actually the truth and this…she’s actually a human being.'”

While their first film together brought them critical acclaim and launched their careers, it took years of experience and the addition of Holofcener to make the duo feel ready to write again. “I think by just doing movies for 25 years, just kind of by osmosis, we figured out structure. So it turned out to be really efficient, the process. And, also, like, begging an incredible writer like Nicole to come help us was also a really good idea, too,” Damon said. Affleck agreed half jokingly, “We knew we couldn’t rely on each other.”

Comer, who brought Marguerite to life, was drawn to the project due to its unique storytelling approach. “I read the script and I was so fascinated by the structure of it and this idea of there being three perspectives but, ultimately, only one truth,” Comer said. Further, Comer recognized that the fact that the story centers around the alleged sexual assault of her character and how those allegations are handled by authorities was all too relevant today. “[T]he sad part about this story is that you could say it for any part of history that’s gone by,” Comer said. “That this story is relevant, you know.  They’re extremely delicate subjects and they need to be handled with sensitivity.”

Affleck echoed Holofcener’s sentiments, saying that the creative team wanted to leverage the audience presumptions about historical dramas. “We wanted to exploit the fact that, historically, people are in many ways, largely accustomed to women being secondary and tertiary characters. So that it would seem out of the ordinary,” Affleck said. “And [Comer] was willing to play that and makes the reveal, I think, so much more powerful and elegant, to see the difference between a essentially two-dimensional person, and a fully-realized, three-dimensional human being.”

“The Last Duel” is a gripping tale of betrayal and vengeance set against the brutality of 14th century France. A cinematic and thought-provoking drama set in the midst of the Hundred Years War, the film explores the ubiquitous power of men, the frailty of justice, and the strength and courage of one woman willing to stand alone in the service of truth. Based on actual events, the film unravels long-held assumptions about France’s last sanctioned duel between Jean de Carrouges and Jacques Le Gris, two friends turned bitter rivals.