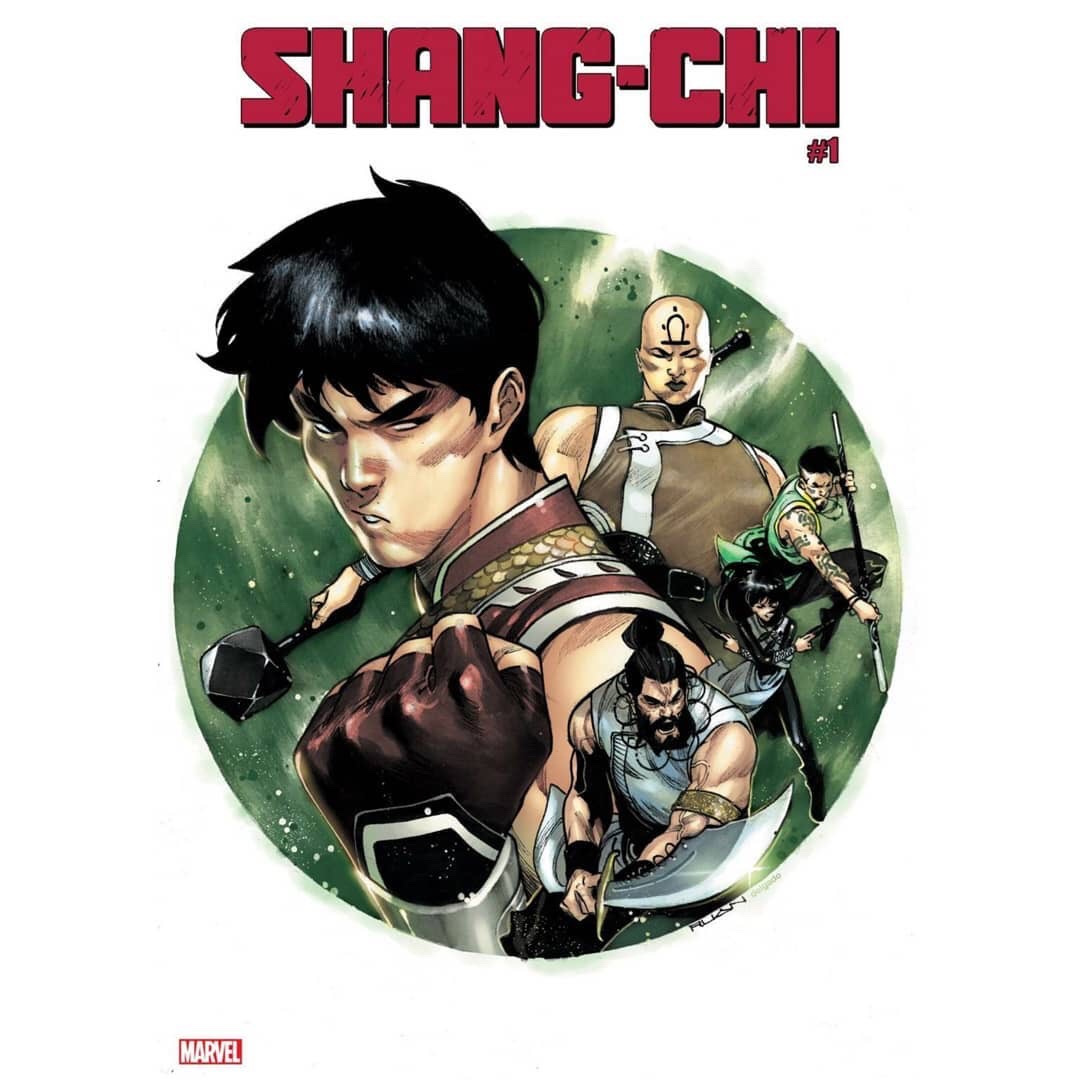 What’s the best Shang-Chi story ever? The character is 47 years old, had an initial run of over 100 comics spanning 10 years, was a MI6 spy, an Avenger and is currently an Agent of Atlas. There must be some bangers right? Kind of. The truth is that, as writer Gene Luen Yang said in our exclusive, in-depth interview, Shang-Chi has mostly been a character to look at, not to relate to. As a result, Shang-Chi stories with genuine character development are hard to come by. Yes Jonathan Hickman’s Avengers run with Shang-Chi was exciting, Ed Brubaker’s Secret Avengers had some great moments, and Greg Pak’s Agents of Atlas series gives him the respect he deserves. But especially since 1983, when his original run ended, Shang-Chi has been mostly a supporting character in team books used to serve a specific story point. He also almost always talks like a fortune cookie. All that changes with Yang’s five-issue miniseries that starts this week with Shang-Chi #1 with interior art by Dike Ruan and Philip Tan, and cover by Jim Cheung.

This is my quick and dirty, NON-SPOILER review of the book. I’ll have a more in-depth review on Wednesday. By the way, the answer to my question above is undoubtedly Master of Kung Fu: Battleworld (Secret Wars) by Haden Blackman. That story is damn good and I’m a little angry we never got more of that story. Good thing we have this new series to make up for it.

The Writing – There just isn’t a better comic writer for Shang-Chi right now than Gene Luen Yang. This kind of Asian-American story is so genuine to his personal experience that the authenticity comes through. Within the first couple of pages, Yang deftly handles one of the small but annoying elements of Shang-Chi’s problematic history in such a smart way that it really shows how much Yang understands this character and Shang-Chi’s otherness. Finally we’re getting a fully fleshed out Shang-Chi. In this story, he’s not a fortune cookie with punches and kicks. Already in issue #1 we get inside his head, we learn about his fears and insecurities and we even see him crushing on someone. Asian characters in comics are too often one-dimensional stereotypes that serve the exotic Asian trope. That’s even more exaggerated when the characters are martial artists. People often ask “Isn’t an Asian martial artist in and of itself a stereotype?” The stereotype isn’t the issue. The issue is whether the character is only a martial arts action figure or if they are actually a fully developed character. Under Yang, we’re finally getting to meet Shang-Chi the person.

The Art – Yang described main artist Dike Ruan as being a great at balancing emotion and action, and it shows. I love Ruan’s art in the book. Although this issue doesn’t have a big, expansive action panel (it’s issue #1 after all), the action scenes are well laid out and you can almost feel Shang-Chi’s speed in Ruan’s art. I’m greatly looking forward to Ruan’s version of the inevitable climatic martial arts showdown in future issues.

The Supporting Characters – You can’t have a fully fleshed out character without characters around him. We’re introduced to a number of new (and old) characters in this issue and I already need to learn more about all of them. Sister Dagger was a big hit on social media when the Marvel teasers were released and I can confirm that she seems like a really fun new character. We all need a Sister Dagger in our lives.

There’s really only been one Marvel book with more than one Asian character at any one time and that’s Greg Pak’s Agent of Atlas run. Thankfully, we can now add Shang-Chi #1 to the list. Yang excels at introducing great supporting characters, both regular and the superhuman variety, and it’s exciting to see so many Asian characters in another Marvel book. Sister Dagger already needs a spin-off series and I can see the potential for not only a Five Deadly Weapons spin-off series, but even a Leiko Wu spin-off. Yang is truly building a world around Shang-Chi that’s both fun and exciting.