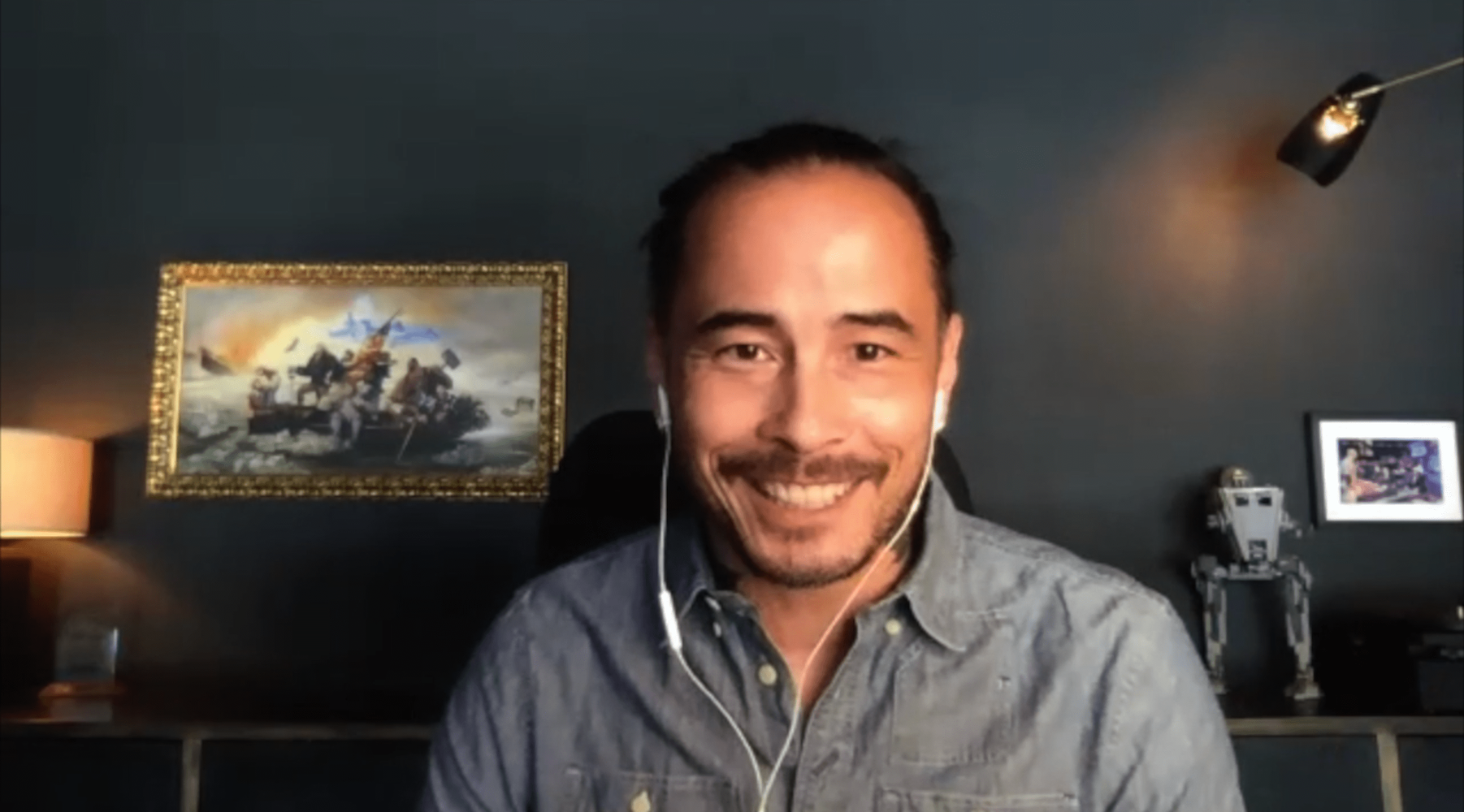 Dave Callaham is very much at home with massive blockbuster films. Prior to writing the screenplay for Marvel Studios’ Shang-Chi and the Legend of the Ten Rings, Callaham worked on films like Wonder Woman 1984, Mortal Kombat, Godzilla and three Expendables films (with a fourth on the way). Few writers, let alone Asian American writers, come to a Marvel Studios project with that kind of pedigree. Almost like Shang-Chi himself, it feels like Callaham, who is Chinese American, had been training his whole life for this film.

I had the opportunity to speak with Callaham about working on Shang-Chi, and he echoed that sentiment, saying that “all roads led to this.” Callaham said he always wanted to work at Marvel and his “whole life was suddenly available to use,” which speaks to the authenticity that went into the story of Shang-Chi.

Callaham also spoke about how easy it was to work with director Destin Daniel Cretton, with both understanding how important this film is. I asked Callaham what films inspired this story and he mentioned that one of his favorite films is Big Trouble in Little China, which inspired the tone of Shang-Chi, and he also referenced Kung Fu Hustle.

It was a special treat to hear from Callaham about his experience because he notoriously has no public online presence! As someone who has been focused on covering this film since it was announced, Callaham’s uniquely non-existent public profile has made it challenging to get a good understanding of his approach to this project. The fact that he also happened to be one of the very few people to immediately recognize the film homage in my name made our conversation all the more enjoyable.