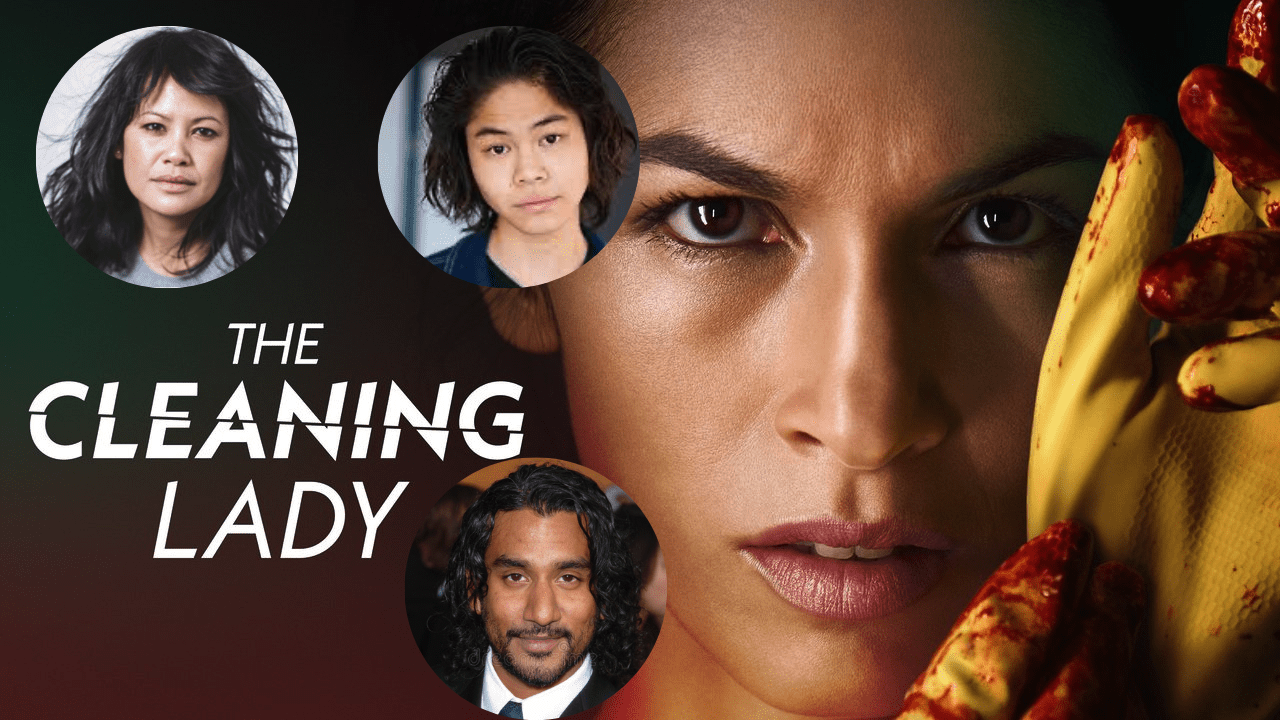 Fox’s hit drama The Cleaning Lady is set to return next week for its sophomore season! The series featuring an immigrant Filipino family was Hulu’s most streamed FOX debut ever and is FOX’s most watched new drama series in two years.

Martha Millan and Sean Lew play Fiona and Chris respectively, two characters who are critical members of Thony’s (Élodie Yung) family. Both played major roles in the first season and look to have even bigger presences going forward.

I had the opportunity to speak with Millan and Lew about the second season and the two stars talked about what an amazing ride it has been since the series premiered earlier this year and how exciting it is to return for another season. They talked about the family-like atmosphere on set and between all the cast members and what it means to them to be part of a show that resonates with so many viewers.

For season two, the series has added Naveen Andrews, a veteran TV talent who has starred in shows like Lost and The Dropout. As a huge fan of Lost, I was excited to chat with Andrews, who admitted that he doesn’t watch much TV! Andrews shared that his girlfriend is a big fan of The Cleaning Lady and talked about how much heart and soul the series has. He described his new character as dark in an almost supernatural way and made it clear that he would be a malevolent figure this season.

Season 2 of The Cleaning Lady premieres September 19th on Fox!

Based on the Argentinean series of the same name, THE CLEANING LADY stars Élodie Yung as Thony, a resilient, whip-smart Cambodian doctor who moves to Las Vegas from the Philippines to secure medical treatment for her son. As an undocumented immigrant, she takes up work as a cleaning lady by day with a secret ability to save lives. But after accidentally witnessing a murder, she’s forced to get involved in Las Vegas’ gritty mob world, cleaning up crime scenes for mobsters to save her family. Season Two picks up with Thony (Yung) desperately trying to find her son, Luca (Sebastien & Valentino LeSalle), after he was kidnapped by his father, Marco (Ivan Shaw). With nowhere else to turn, she enlists the help of FBI Agent Garrett Miller (Oliver Hudson) to track him down before they leave the country. Meanwhile, an incident involving Chris (Sean Lew) forces Fiona (Martha Millan) to shield her son by any means necessary, furthering the theme of how far a mother will go to protect her child. This season continues to examine the plight of undocumented immigrants and their difficulties accessing necessary healthcare and resources. Galvanized by the many roadblocks she faced while searching for a treatment to save her son, Thony will utilize her expertise as a doctor to find ways to help her underserved community. However, as Thony continues to entwine her business undertakings with Arman (Adan Canto), she once again crosses the moral line into the dark underbelly of Las Vegas. The series also stars Faith Bryant as Jaz.

Larry the Cable Guy is a multi-platinum recording artist, Grammy nominee, comedian and philanthropist. But to me and countless fans of the Cars franchise,...

In recent years, as studios and brands have begun to more fully recognize the value of engaging diverse communities, the importance of marketing and...