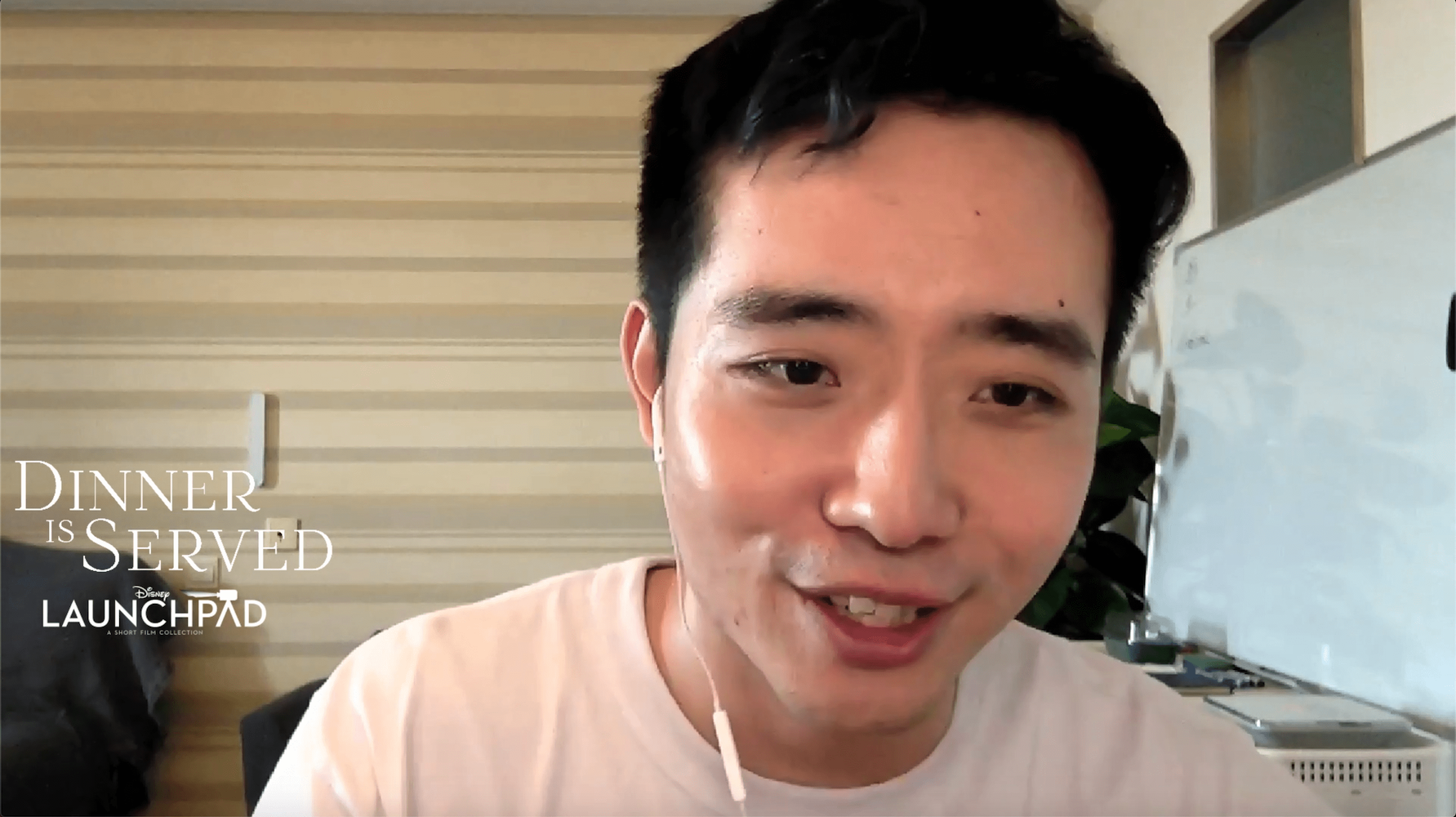 Disney’s Launchpad incubator program is one of the most exciting new initiatives where a major studio is not only highlighting diverse voices and giving them a huge platform on Disney+, but it’s a true partnership with the studio, where the emerging filmmakers are paired with studio mentors and are given the full resources of Disney to help realize their vision.

Another incredible filmmaker who is part of the Launchpad program is Hao Zheng, a Chinese American director whose film, Dinner is Served, is largely based on his personal experience attending boarding school in Long Island, NY.

I had the opportunity to speak with Zheng, who talked about how he felt that the process of completing this film was actually a catharsis from that difficult experience so many years ago. During our conversation, Zheng talked about how the theme behind the story is embracing our differences and the importance of having friends who do so as well.

Hao Zheng studied at Emerson College (film production) and AFI (directing). He is a recent Student Academy Award–winning director transitioned from being a professional actor in popular Chinese films and TV shows. With short films getting international recognition including Show Me Shorts New Zealand (Best International Film Award), AT&T Film Award, Nowness Awards, Short Shorts Tokyo, Aspen Shortsfest among more than 100 film festivals, he is developing a range of multicultural projects in both China and the U.S.

Watch Dinner is Served and all of Disney’s Launchpad films exclusively on Disney+!