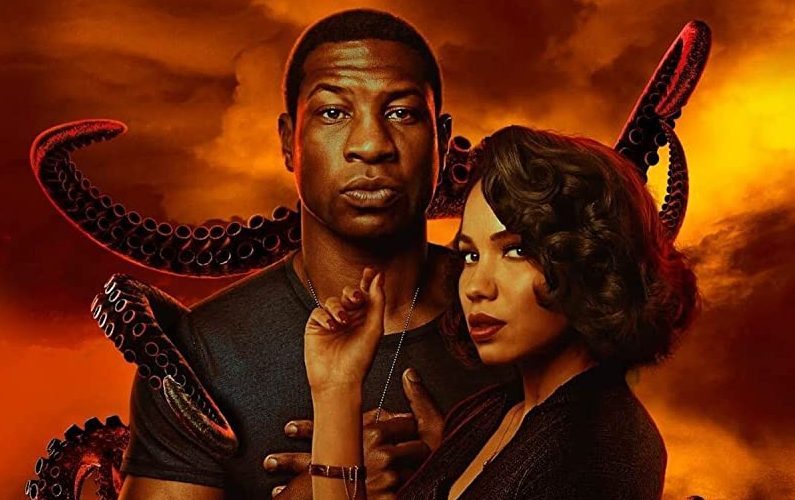 It’s impossible to properly summarize HBO’s new series Lovecraft Country. That’s a good thing because this series, based on the book by the same name written by Matt Ruff, shouldn’t be reduced to a summary; it must be experienced. The series has an all-star roster of horror and fantasy names attached, including Jordan Peele and J.J. Abrams as Executive Producers, and Misha Green as Executive Producer and Showrunner. HBO provided me with the the opportunity to screen the first five episodes of the ten-episode series and below is my non-spoiler review of the first half of the season.

Going in, I didn’t really know what to expect given that the marketing, while excellent at building intrigue for the show, certainly didn’t give away much in terms of plot. Even during the show’s Comic-Con@Home panel, the cast could only describe the show with overarching themes so as to tiptoe around any potential spoilers. Given its name, an homage to acclaimed horror writer H.P. Lovecraft, and the bloody images that were released with the marketing, it’s reasonable to assume that the series is a horror show. And it is…until it isn’t. Or maybe it still is…except it’s so much more. Co-star Jurnee Smollett, who plays Leticia “Leti” Lewis, described the show as a “family drama…about family looking for family,” (wait, is this a Fast & Furious spinoff?) and that’s about as neatly as one can possibly describe Lovecraft Country.

For the uninitiated (like myself), Wikipedia tells us that H.P. Lovecraft was a New England based horror writer who created the Cthulhu Mythos and is considered one of the most significant 20th century writers of supernatural horror. His works are known to feature recurring themes like the pursuit of science or knowledge leading to horrific unintended consequences, and the idea of cosmic indifference, where humans are ultimately unimportant in the grand scheme of the universe. Lovecraft was also apparently racist, describing Black people as “beasts” in one of his works. I’m sure everyone is shocked to hear that a white man from New England in the early 1900s was racist. In 2016, author Matt Ruff wrote the novel, which combined Lovecraft’s horror themes with social justice issues of racism during the Jim Crow era.

Lovecraft Country stars Jonathan Majors as Atticus “Tic” Freeman, Smollett as Leti Lewis, Courtney B. Vance as Uncle George Freeman, Michael K. Williams as Atticus’ father Montrose Freeman and Wunmi Mosaku as Leti’s sister Ruby Baptiste. Again, this is a non-spoiler review, so in terms of plot, all I’ll mention is that anything you think you know from officially released information makes up only a small portion of the actual show. It’s like getting into a roller coaster where you think you can see at least the beginning of the tracks so you know what to expect from the start, only to have the ride take a sharp turn onto dark tracks you couldn’t possibly see in advance. Just enjoy the ride and be prepared to cover your eyes at times because it does get gruesome.

Before getting into some of what I loved, didn’t love and more, I want to recommend some reviews of Lovecraft Country by Black critics. A show like this can and should be enjoyed by everyone, but it’s also important to appreciate the perspective of Black critics. I made it a point not to read any reviews before finishing my own, so after writing out my thoughts, I enjoyed going back and reading the reviews of the the following:

Lovecraft Country premieres only on HBO this Sunday, August 16th at 9 PM and it’s an absolute must watch!

Ridiculous Chemistry – First and foremost, this show excels because its cast is absolutely exquisite and play off each other wonderfully. It starts with Smollett and Majors, who have incredible chemistry both as young and beautiful leads who you want to see together, and as fellow adventurers who need each other to succeed in their quest. The roles require a high degree of physicality and emotional depth and Smollett and Majors not only rise to the challenge individually, but make each other better. They’re so good together. They’re also not alone, as the supporting cast of Courtney B. Vance, Michael K. Williams and Wunmi Mosaku are incredible in their roles as well. Vance is so warm and genuine as Atticus’ father figure and all of his lines are delivered so smoothly that you always want to hear more. Michael K. Williams brings his trademark intensity and mysteriousness that allowed him to steal the show as Omar in The Wire. And British-Nigerian actress Wunmi Mosaku delivers a truly impactful performance, especially towards the middle of the season.

Social Horror – After Jordan Peele’s Get Out became a breakout hit, many credited Peele with creating a new genre, combining social commentary with horror. Lovecraft Country carries that torch gleefully, as both audiences and the show’s characters are constantly besieged by wanton racism and bigotry. Racism isn’t the main plot of the story, it’s the constant. It just is. In the first episode, there’s a particularly well done part where our heroes set off on their adventure and are faced with various moments of overt racism while the audio from James Baldwin’s iconic 1965 debate speech is laid over the scenes. The blending of reality and fiction, all too similar to one another, is a powerful message. The omnipresent racism almost makes you hope monsters will appear soon because presumably, monsters aren’t racist, so maybe they can eat some bigots while they’re chasing our heroes (thankfully they do).

Genre-Bending Storytelling – So Lovecraft Country is definitely “social horror.” But it’s not just that. Green does a wonderful job blending so many different genres and giving each elements the proper room to breath. There’s definitely romance on a number of levels, with a variety of characters. The kind of romance that’s developed and earned. There’s also a heavy dose of fantasy and mythology which frankly is just flat out bizarre at times. Most surprising to me was the action-adventure element of the show that is fast and fun enough to give Indiana Jones a run for its money. Watching the show, it felt like the best of The Twilight Zone, Black Mirror, The Fly, Indiana Jones, National Treasure, The Da Vinci Code, Cabin in the Woods and so much more.

Blood and Guts – This isn’t really a “bad” per se, and for many fans of the horror genre, it can be a big “good,” so take it for what it’s worth. As someone who doesn’t generally love horror, the gore was hard to watch at times. The blood and guts aren’t gratuitous, and are mercifully presented more strategically. But when they use it, they really lean in. I expect that as the intensity increases in the back half of the season, things will only get bloodier.

I reserve this section for miscellaneous thoughts, especially about diversity in the project that I’m reviewing. Obviously, with a predominantly Black cast, and a strong ratio of major men and women characters, Lovecraft Country is a grand slam when it comes to diversity. That much has been clear from the beginning, which is why I simply had to review this show. The representation is excellent on a variety of levels and I’m genuinely surprised at how many characters and storylines were well developed in just the first half of the season.