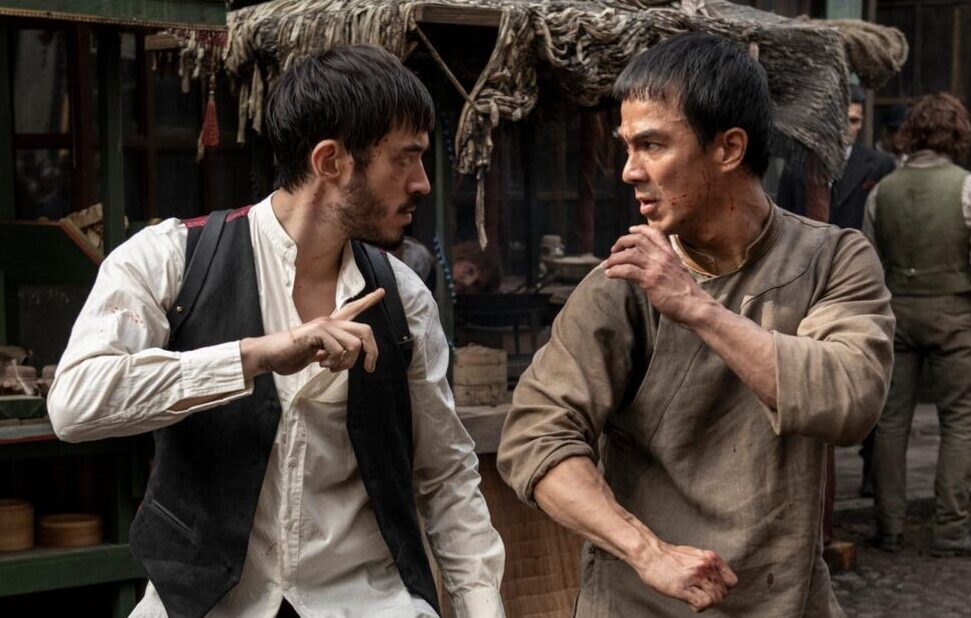 HBO Max is celebrating Asian American and Pacific Islander Month this May with “See Us,” a spotlight page on its streaming service highlighting AAPI creators and projects in its library.

Some of the spotlighted content includes films and series like Warrior, Mortal Kombat, Crazy Rich Asians, and Life of Pi, documentaries like Ravi Patel’s Pursuit of Happiness, Chasing Life with Sanjay Gupta and Tiger, reality shows like House of Ho and animated titles like Keep Your Hands Off Eizouken!, Weathering With You, and Earwig and the Witch.

If you haven’t watched Warrior, inspired by the writings of Bruce Lee and starring some of the most talented Asian actors around, this is an excellent time to catch up!

To celebrate, HBO Max released an incredibly moving trailer starring some of the biggest Asian and Pacific Islander stars in the industry. With the tag line “See Us,” it really speaks to the desire by the AAPI community to be recognized for our impact, presence and value.

Be sure to watch the trailer and review all the fantastic details below!

On May 1, HBO Max will launch its See Us: AAPI And Our Global Community spotlight page, showcasing the range, diversity and spirit of the community during Asian American and Pacific Islander Heritage month and beyond. Continuing our rich history of amplifying diverse stories and talent, this HBO Max spotlight page celebrates the visionaries amongst us, and collectively promotes and supports the telling of stories from the Asian and AAPI perspective, while also acknowledging the importance of representation moving forward.

See Us will offer hours of curated programming, featuring compelling films and series including “Mortal Kombat,” “Crazy Rich Asians,” “Life of Pi” and “Warrior,” documentaries like “Ravi Patel’s Pursuit of Happiness,” “Chasing Life with Sanjay Gupta” and “Tiger,” reality shows such as “House of Ho,” animated titles like “Keep Your Hands Off Eizouken!,” “Weathering With You,” and “Earwig and the Witch,” and other original programming that honors the contributions of Asian Americans and Pacific Islanders in entertainment.

Films born out of HBO’s Asian Pacific American Visionaries Short Film Competition will also be featured on the spotlight page, including the 2020 winning films “Lonely Night” directed by Johnson Cheng, “Fine China” directed by Tiffany So and “Si” directed by Thomas Kim. Established in 2016, HBO Visionaries provides an unprecedented platform for emerging filmmakers to share their unique and diverse perspectives of the community. Now in its fifth year, APAV serves to showcase cinematic storytellers of Asian and Pacific Islander descent, awarding the top three winners with cash prizes and the opportunity to have their projects premiere on HBO and available to stream on HBO Max.

To top it off, as part of the HBO Max Guest Curator Program, Jamie Chung from HBO’s “Lovecraft Country” curated an exclusive playlist of her favorite films and series. Her recommendations include titles such as “The High Note” (directed by Nisha Ganatra), “Made for Love,” “Unscripted,” “How to Make it in America,” and “Lovecraft Country” as well.

Below you will find a list of curations that will be included on the See Us spotlight page:

SEE US IN FRONT OF THE CAMERA
Feel starstruck by outstanding AAPI actors at the heart of big stories you’ve been meaning to watch.

SEE US BEHIND THE CAMERA
Produced, written or directed by us.

SEE OUR REAL STORIES
Dive into documentaries, reality shows, and more favorites that highlight our community.

SEE OUR TRAILBLAZERS: SATYAJIT RAY
Essential movies from the prolific filmmaker, on what would have been his 100th birthday.

SEE OUR GLOBAL COMMUNITY
Wide-ranging films from the largest continent on Earth.

SEE OUR TRAILBLAZERS: AKIRA KUROSAWA
Admire works from one of the most important and influential filmmakers in the history of cinema.

SEE US IN YOUR NEXT FAVORITE SHOW
We’re evolving what it means to be a leading actor with these underrated picks.

SEE US IN ANIMATION
Creators that are redefining the genre.

SEE OUR TRAILBLAZERS: HAYAO MIYAZAKI
Only respect for the iconic filmmaker and co-founder of Studio Ghibli.