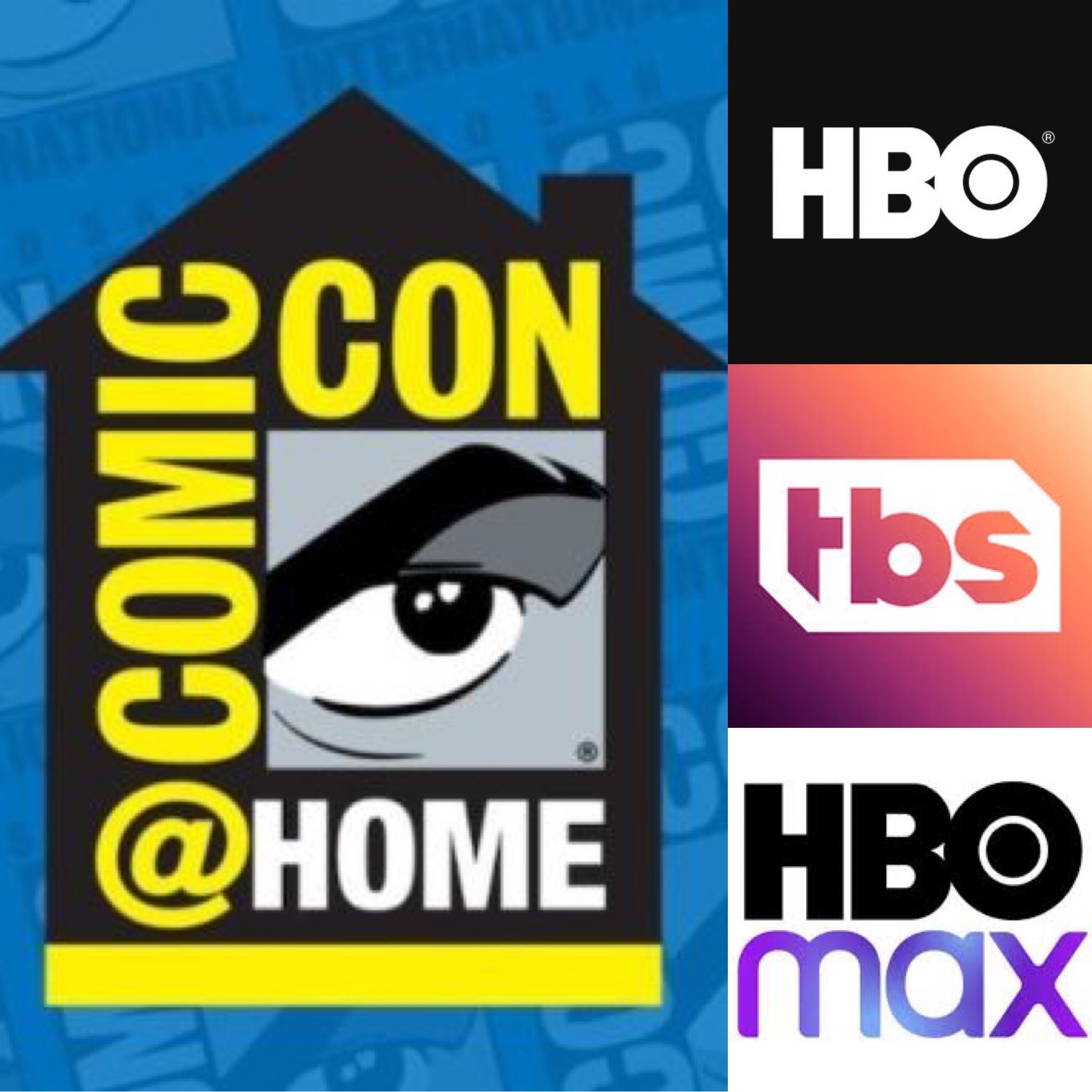 The nefarious supervillain COVID-19 has completely decimated summer cons, even taking down the greatest con of them all, San Diego Comic-Con. SDCC is the highlight of the con season for many freaks and geeks (myself included) and considering how hard you have to fight to even secure tickets, it was a huge (but super necessary) bummer that the event was canceled. Thankfully all is not lost as SDCC is hosting Comic-Con@Home, a completely FREE virtual event for all to enjoy. Best of all, it’s only two weeks away!

Today, WarnerMedia announced its Comic-Con@Home plans for HBO, HBO Max and TBS and it looks like they have several pretty strong panels planned. The one I’m most excited about is the HBO Lovecraft Country panel with Jurnee Smollett, Jonathan Majors, Michael Kenneth Williams, Aunjanue Ellis, Wunmi Mosaku, Abbey Lee, and Courtney B. Vance. Lovecraft Country premieres in August so this is great timing for the show to get some strong hype behind it.

Check out the release below for all the details! Which are you most excited about?

HBO, HBO Max and TBS will bring the very best of fantasy, sci-fi, animation and more to Comic-Con@Home, San Diego Comic-Con’s first fully online virtual event. The combined nine virtual panels will each be available to view for free at https://comic-con.org and via SDCC’s YouTube channel https://www.youtube.com/user/ComicCon.

Complete virtual panel line-ups and descriptions for HBO, HBO Max and TBS below:

HIS DARK MATERIALS
Thursday, July 23 at 1 p.m. PT
This virtual panel will include a look back at highlights from the first season of the hit drama series as well as an exclusive conversation about what to expect in season two. Moderated by award-winning journalist Stacey Wilson Hunt, the panelists include executive producers Jane Tranter and Jack Thorne as well as cast members Dafne Keen (“Lyra”), Ruth Wilson (“Mrs.Coulter”), Ariyon Bakare (“Lord Boreal”), Amir Wilson (“Will Parry”), Andrew Scott (“John Parry”), and Lin-Manuel Miranda (“Lee Scoresby”).  Fans can follow live coverage of the panel on Twitter from @daemonsanddust and use #HisDarkMaterials to join the conversation.

In celebration of the 25th anniversary of Philip Pullman’s first book in the best-selling His Dark Materials trilogy being published, the first episode of the hit HBO series is now available to stream for free on HBO’s YouTube channel.

ADVENTURE TIME: DISTANT LANDS – BMO
Friday, July 24 at 11 a.m. PT
C’mon grab your friends for a special return to the Land of Ooo and beyond with ADVENTURE TIME: DISTANT LANDS -BMO. Based on the animated series Adventure Time by show creator Pendleton Ward and executive producer Adam Muto, these four specials explore the unseen corners of the world with both familiar and exciting brand-new characters. Join moderator Michaela Dietz (“Amethyst” from Steven Universe), as she shares all of the ba-nay-nay details about the BMO special from Adam Muto (executive producer), Glory Curda (Y5), Olivia Olson (Marceline) and Niki Yang (BMO). Plus, stick around for a righteous sneak peek of the second special, OBSIDIAN. It’s gonna be so spice! ADVENTURE TIME: DISTANT LANDS – BMO from Cartoon Network Studios is now streaming on HBO Max.

INFINITY TRAIN
Friday, July 24 at 12 p.m. PT
The mysterious and compelling fan-favorite series from Cartoon Network Studios and HBO Max pulls in for a triumphant return to Comic-Con this year. Climb aboard and join Owen Dennis (series creator), Madeline Queripel (supervising director), and show writers Alex Horab, Lindsay Katai and Justin Michael as they look back on Books One and Two and reveal a sneak peek of Book Three, only on HBO Max.

AMERICAN DAD
Saturday, July 25 at 1 p.m. PT
Ever wanted to learn how to draw one of your favorite AMERICAN DAD characters? Now is your chance, join show Supervising Director, Brent Woods, as he teaches the cast and executive producers how to draw Roger! Grab a sketchbook & pens and learn to draw everyone’s favorite alien alongside Rachael MacFarlane (“Hayley”), Wendy Schaal (“Francine”), Scott Grimes (“Steve”), Dee Bradley Baker (“Klaus”) and EPs Nic Wegener and Joe Chandler as they chat about the current season and look toward the series’ 300th episode airing on TBS this fall.