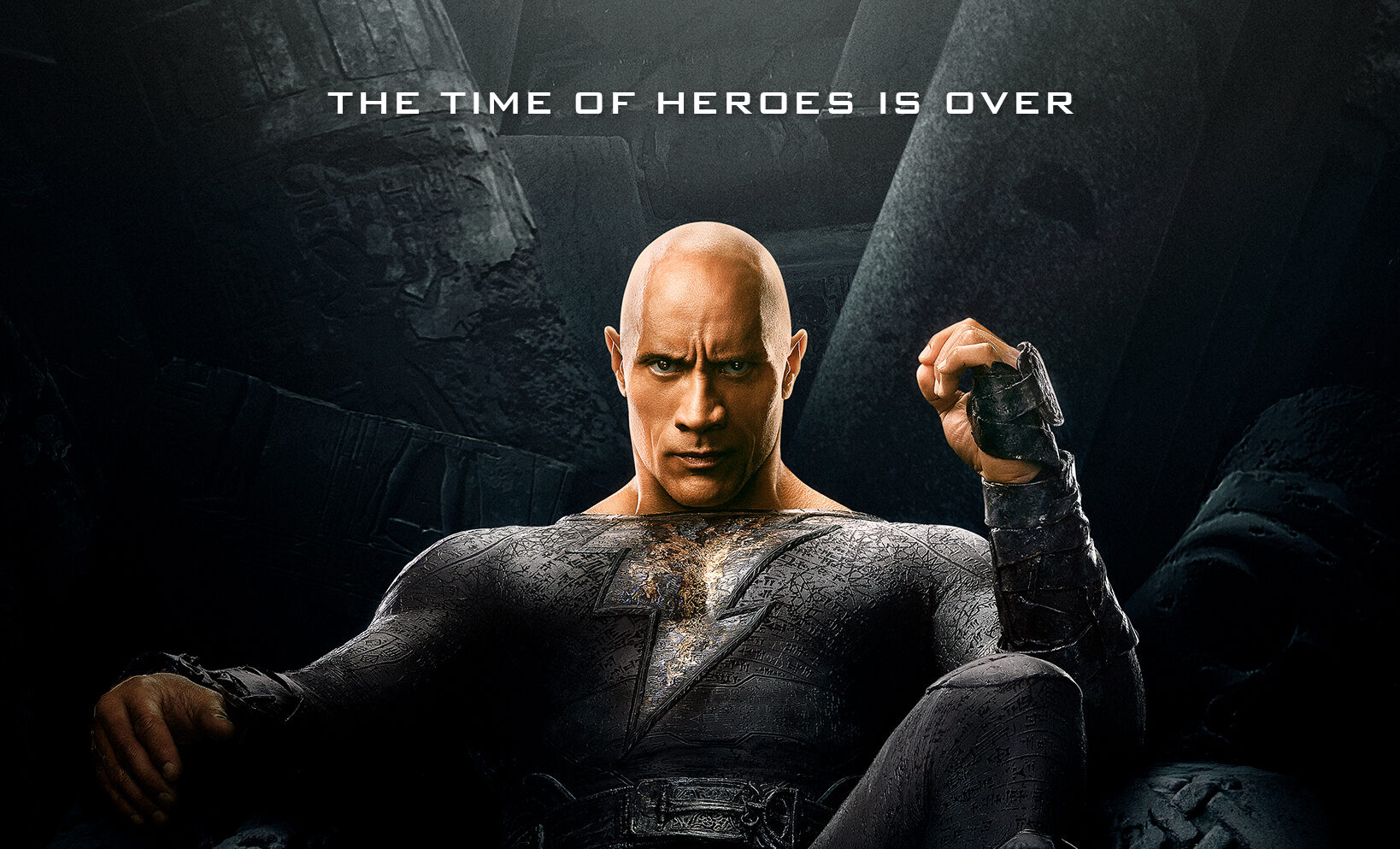 Dwayne “The Rock” Johnson, New Line Cinema and Warner Bros. really want everyone to know who’s in charge. In a pretty unconventional move, a new Black Adam poster was released today, after the full theatrical poster and character posters have already dropped, with one clear message – The Rock as Black Adam is here to dominate.

With the tagline “The time of heroes is over” at the top, the poster feels more like the kind of teaser that studios often release well before a film’s premiere and before the full marketing campaign begins in force.

I appreciate the unconventional approach, and it doesn’t hurt that the art is pretty awesome. The predominantly black color palette with Johnson’s face and the Black Adam logo lit up really pops and almost seems to glow. A backlight version of this poster in theaters would look amazing.

We’re almost exactly one month away from the film’s release and it will be exciting to see what other marketing and promotional plans the film has in store.

On Wednesday, September 7th, I had the privilege of spending a toasty but beautiful afternoon on the Warner Bros. Burbank lot for a sneak...