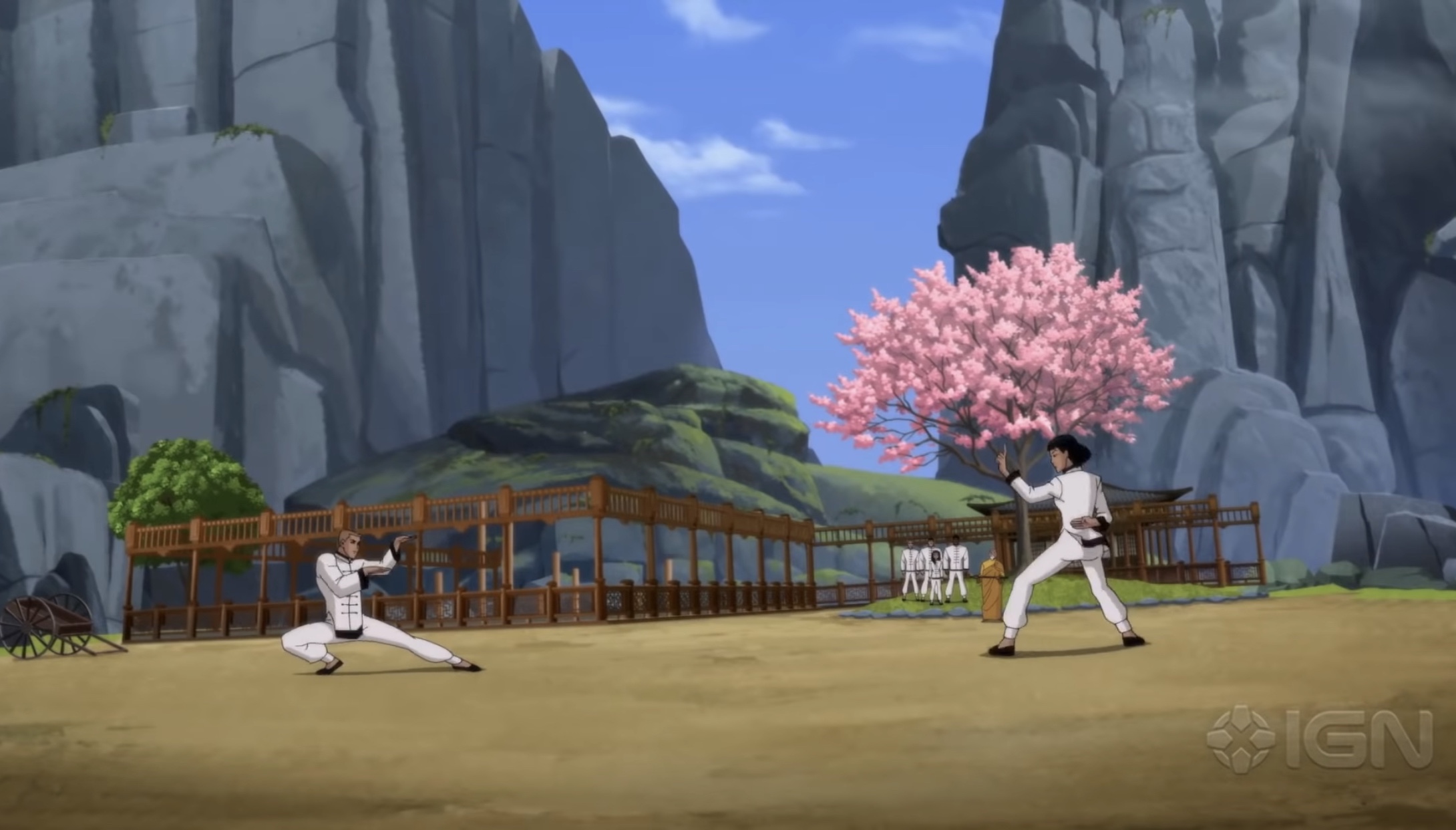 Do you like Batman, martial arts, badass ninjas and diverse cast and characters? I sure as hell do and apparently Warner Bros. Animation made a film for fans like us with Batman: Soul of the Dragon. The upcoming animated film puts the caped crusader in a martial arts setting with the help of Bronze Tiger, Lady Shiva and Asian(!) Richard Dragon. Back in August, the incredible voice cast was revealed, with David Giuntoli as Batman, Kelly Hu as Lady Shiva, Michael Jai White as Bronze Tiger, James Hong as O-Sensei and Mark Dacascos as Richard Dragon.

In the trailer, exclusively released by IGN, you get a good feel for the look and tone of the film. Taking place in the 70’s, Bruce Wayne reveals his secret identity to Richard Dragon as they team up to take down an international group of evil ninjas called the Cobra Cult. Everyone loves to beat up on nameless, faceless ninja! We see a training montage, some great moments for both Lady Shiva and Bronze Tiger, and Richard Dragon basically looking like Bruce Lee.

To be sure, there looks to be some stereotypical characterizations, particularly with Bronze Tiger and Asian Richard Dragon, but it looks like a lot of fun and I’m thrilled to see the Batman world filled with more diverse characters. There also seems to be a healthy amount of camp mixed in, which I quite enjoy.

I need this film to be a smash hit so we can see toys, clothing and other merch! Batman: Son of the Dragon is scheduled to be released on digital January 12, 2021, and on 4K Ultra HD Combo Pack and Blu-ray on January 26, 2021. Check out the ass-kicking trailer above, the official synopsis below and stay tuned for more!

“Set in the midst of the swinging 1970s, this Elseworlds adventure finds Bruce Wayne training under a master sensei. It is here that Bruce, along with other elite students, is forged in the fire of the martial arts discipline. The lifelong bonds they form will be put to the test when a deadly menace arises from their past. It will take the combined efforts of Batman, world-renowned martial artists Richard Dragon, Ben Turner, and Lady Shiva and their mentor O-Sensei to battle the monsters of this world and beyond!”