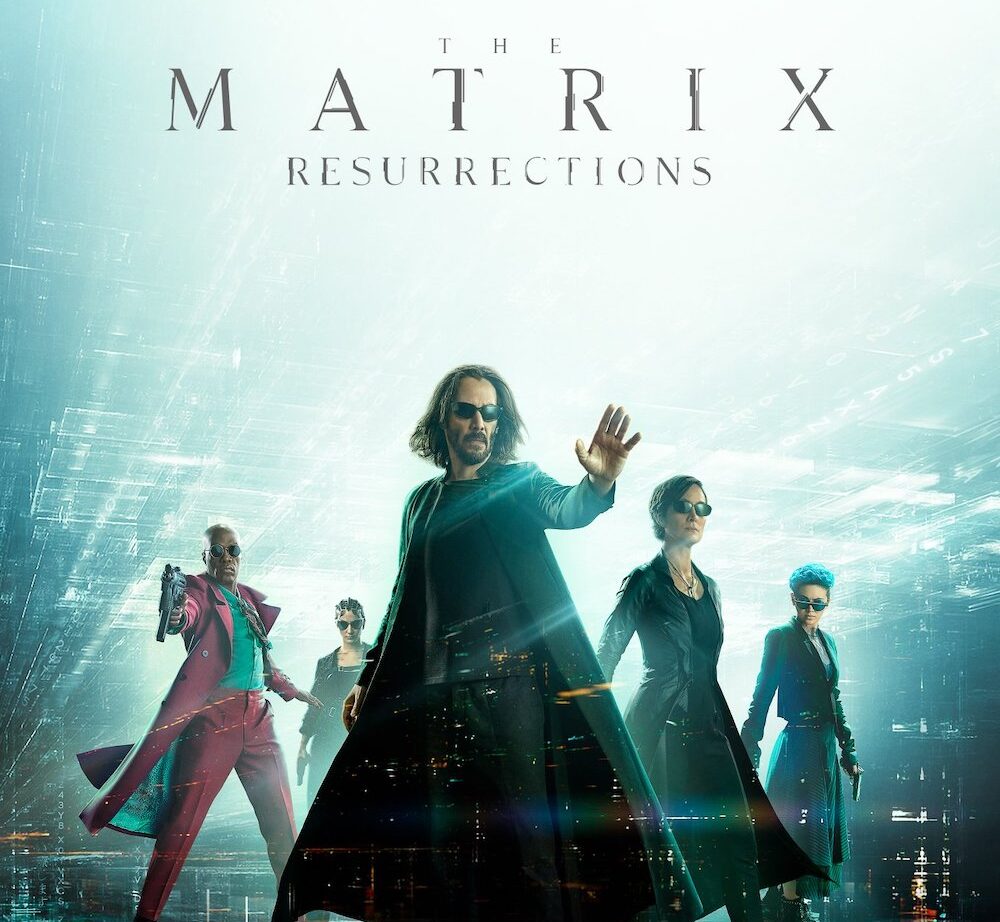 The Matrix Resurrections and music technology company UnitedMasters teamed up to highlight and support independent musicians and creators by launching an initiative to pay $15k to one up and coming musician and the opportunity to have their song included in the film’s promotional campaign.

Charlotte hip-hop artist Quantrelle was awarded the prize from thousands of entries with his original song, “Back to Life.”

I got inspired to write lyrics that really speak to the film and are words any Matrix fan would understand. I was really inspired by the scene of Neo dodging bullets

Quantrelle on his original song “Back to Life”

Check out the new spot for The Matrix Resurrections featuring Quantrelle’s music below:

This is a really impressive program that supports independent artists and gives them a massive platform to highlight their talents. In addition to Quantrelle, five runner-ups were also given cash prizes of $1,000.

See all the details below and be sure to watch The Matrix Resurrections in theaters and on HBO Max on December 22nd!

UNITEDMASTERS TEAMS UP WITH

Listen to the full song “Back to Life” HERE

NEW YORK, NY (December 17, 2021) — In celebration of  the highly anticipated film The Matrix Resurrections, UnitedMasters – the “record label in your pocket” for independent artists – has joined forces with Warner Bros. Pictures to offer a once-in-a-lifetime opportunity for artists to win $15,000 and have their original music included in the film’s promotional campaign.

Today, UnitedMasters has revealed rising hip-hop artist and Charlotte, NC native Quantrelle as the winner of the contest. Quantrelle’s song, “Back to Life,” written specially for the open call, will receive the $15,000 cash prize and be featured in The Matrix Resurrections promotional campaign. Quantrelle’s track was selected as the lead song out of thousands of entries. Watch the spot and listen to the full song.

Quantrelle shared, “When I first started working on this song, the intention was to create a sound that embodied the energy of the movie. Once that feeling was solidified, I got inspired to write lyrics that really speak to the film and are words any Matrix fan would understand. I was really inspired by the scene of Neo dodging bullets, which I watched during the process, and that illustrious moment felt so in sync with what I was going for, that’s when I knew we had something special.”

Five runners-up were also selected to receive $1,000 each to put towards their music careers. Each track was judged by UnitedMasters’ professional sync team and based on encompassing The Matrix themes, overall creativity, production quality, lyrical content, dynamics, mood, and emotion. The Matrix Resurrections is set to release in U.S. theaters and on HBO Max on December 22nd.

UnitedMasters’ engagement with The Matrix Resurrections aligns with their mission of ensuring the next generation of creators take their futures into their own hands. UnitedMasters is dedicated to helping artists level the playing field by offering opportunities and exclusive resources often reserved for major label acts. The platform gives independent artists access to premium music distribution services, a suite of tools to help directly connect with their fans, and opportunities to connect with brands that want access to premium music produced and owned by independent artists. UnitedMasters artists maintain ownership over their master recording rights while being introduced to millions of new fans worldwide through direct brand partnerships.

Launched in 2017 by Translation founder and music industry veteran Steve Stoute, UnitedMasters is a music technology company that gives creators access to premium music distribution services, a suite of tools to help them directly connect with fans, and opportunities for unique partnerships with some of the world’s biggest brands all while allowing them to maintain full ownership over their master recording rights.

About The Matrix Resurrections

The Matrix Resurrections reunites Keanu Reeves and Carrie-Anne Moss as cinematic icons Neo and Trinity. Return to a world of two realities: one, everyday life; the other, what lies behind it. To find out if his reality is a physical or mental construct, to truly know himself, Mr. Anderson will have to choose to follow the white rabbit once more. And if Thomas…Neo…has learned anything, it’s that choice, while an illusion, is still the only way out of—or into—the Matrix. Of course, Neo already knows what he has to do. But what he doesn’t yet know is the Matrix is stronger, more secure and more dangerous than ever before.  Déjà vu.

Warner Bros. Pictures Presents, In Association with Village Roadshow Pictures, In Association with Venus Castina Productions, The Matrix Resurrections. The film will be distributed worldwide by Warner Bros. Pictures. It will be in theaters nationwide and on HBO Max via the Ad-Free plan on December 22, 2021; it will be available on HBO Max in 4K UHD, HDR10, Dolby Vision and Dolby Atmos (English only) on supported devices for 31 days from theatrical release.