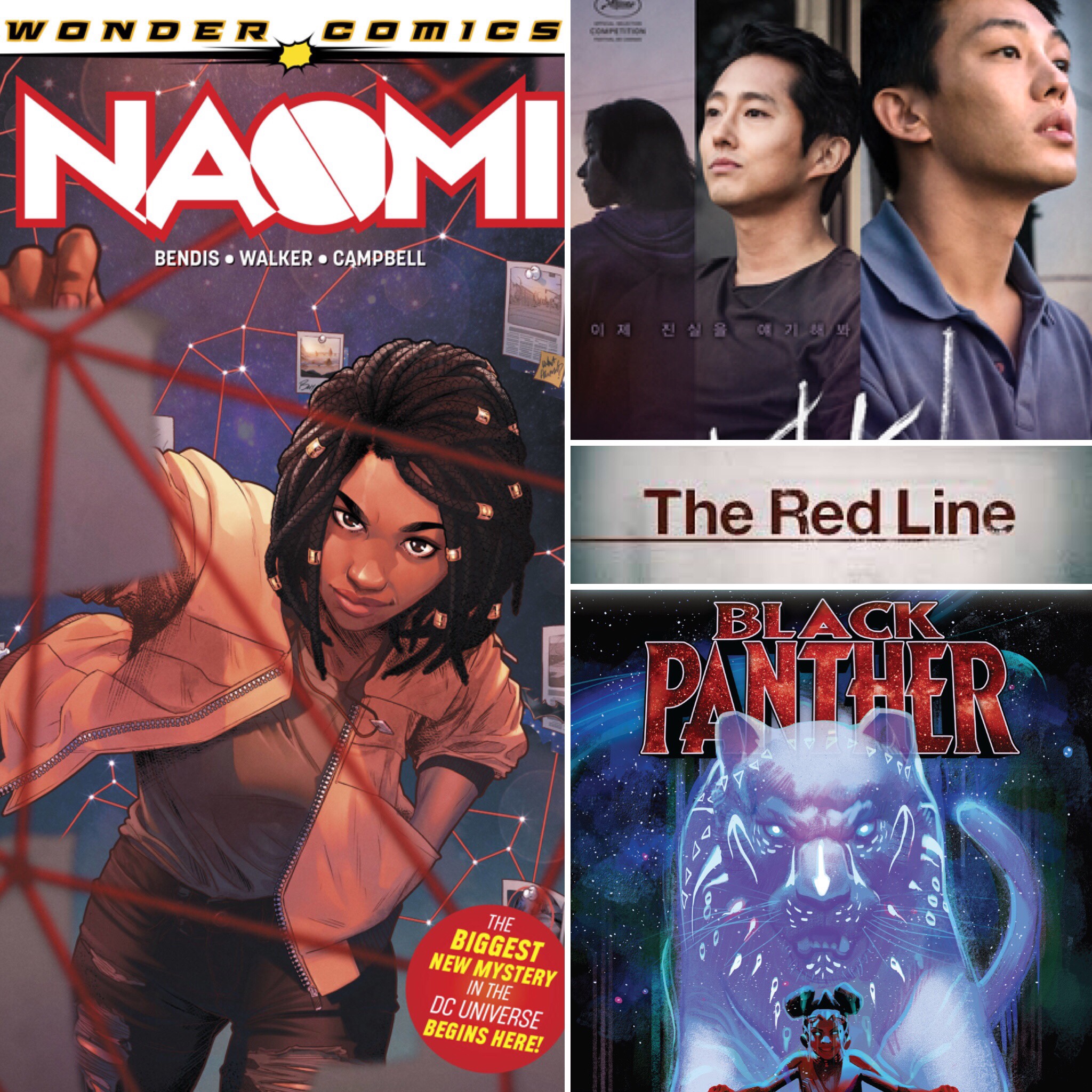 Welcome to Avengers: Endgame week! Let’s be honest, this week, there will be an almost singular focus on the culmination of the current era of the Marvel Cinematic Universe.  And that focus is well deserved. Having said that, there are still some very cool things happening this week in POC Culture!

Most non-Marvel studios are avoiding this week like awards shows avoid people of color. While we’re short on other premieres this week, if you want more than Avengers, check out Fast Color, which I highlighted last week, or read the ICYMI section below highlighting Little Woods. For some Avengers hype, this is a great thread that Marvel Studios put out with every post-credits clip in the MCU!

“You’ve become a part of bigger universe, you just don’t know it yet.” pic.twitter.com/eOmLZO5l1d

This show, executive produced by Ava DuVernay and Greg Berlanti, is an eight episode mini-series which will air in two episode installments over four Sundays. Normally I would be pretty wary about how this show is going to treat an extremely controversial topic (racism and police shootings set in Chicago), but given that Ava DuVernay is one of the Executive Producers, I have hope that it will be done well. The Red Line “follows three very different Chicago families as they journey toward hope and healing after a tragedy connects them all” and stars Noah Wyle, Emayatzy Corinealdi, Noel Fisher, Howard Charles, Aliyah Royale, Michael Patrick Thornton, Vinny Chhibber and Elizabeth Laidlaw.

And for those in the LA area, you can attend an advanced screening of the show followed by a Q&A with the cast!

The critically acclaimed South Korean mystery bolsters Netflix’s already impressive library of diverse content. Directed, produced and co-written by Lee Chang-dong and starring Yoo Ah-in, Steven Yeun, and Jeon Jong-seo, the film is based on the short story “Barn Burning” from The Elephant Vanishes by author Haruki Murakami. Burning was South Korea’s entry for the Academy Award for Best Foreign Language film, and although it wasn’t nominated, Justin Chang of the Los Angeles Times called it “the most absorbing movie [he’s] seen this year, as well as the most layered and enigmatic.”

Brian Michael Bendis signed an exclusive contract with DC Comics last year. As part of that deal, Bendis launched Wonder Comics, which is essentially Bendis’ own little sandbox within the larger DC Comics universe. Wonder Comics is focused on younger characters, such as Young Justice, and this week features its first original concept comic, Naomi. Written by David F. Walker and Brian Michael Bendis, with art by Jamal Campbell, Naomi is centered on a black teenage girl in a small town where Superman and Mongul crash during one of their battles, which inspires her to look into the last time a super powered person visited her home and how that connects with her own history and adoption. I’m excited to see that Walker is a part of this. He had a great interview with io9 where he talked about the importance of telling black stories.

The current run of Black Panther is epic. It’s kind of like the Black Panther we know and love, with a splash of Star Wars. What’s most amazing to me is that this storyline, which feels like an elseworlds miniseries, is being told in the main title. Such is the power of writer Ta-Nehisi Coates! Admittedly, the story has dragged a little bit after a fast paced start, but hopefully things will pick up again soon.

Written and directed by Nia DaCosta, in her directorial debut, this film stars the always amazing Tessa Thompson and Lily James in a western, crime thriller about two sisters who are forced to sell drugs when their mother dies, leaving them with one week to pay her mortgage. Candice Frederick of The Wrap described Little Woods as “a film that is grounded in reality, highlighting a complicated sisterhood and the perseverance of two flawed women facing life-or-death circumstances.”

That’s it for this week in POC Culture. Let me know on Twitter and Instagram what you’re looking forward to (aside from Avengers)!

In honor of Black History Month, Marvel Entertainment and SiriusXM are releasing a documentary podcast, The History of Marvel Comics: Black Panther. Hosted by...

We’re less than two months away from the return of the Marvel Cinematic Universe to theaters with Black Widow, but as we all know...