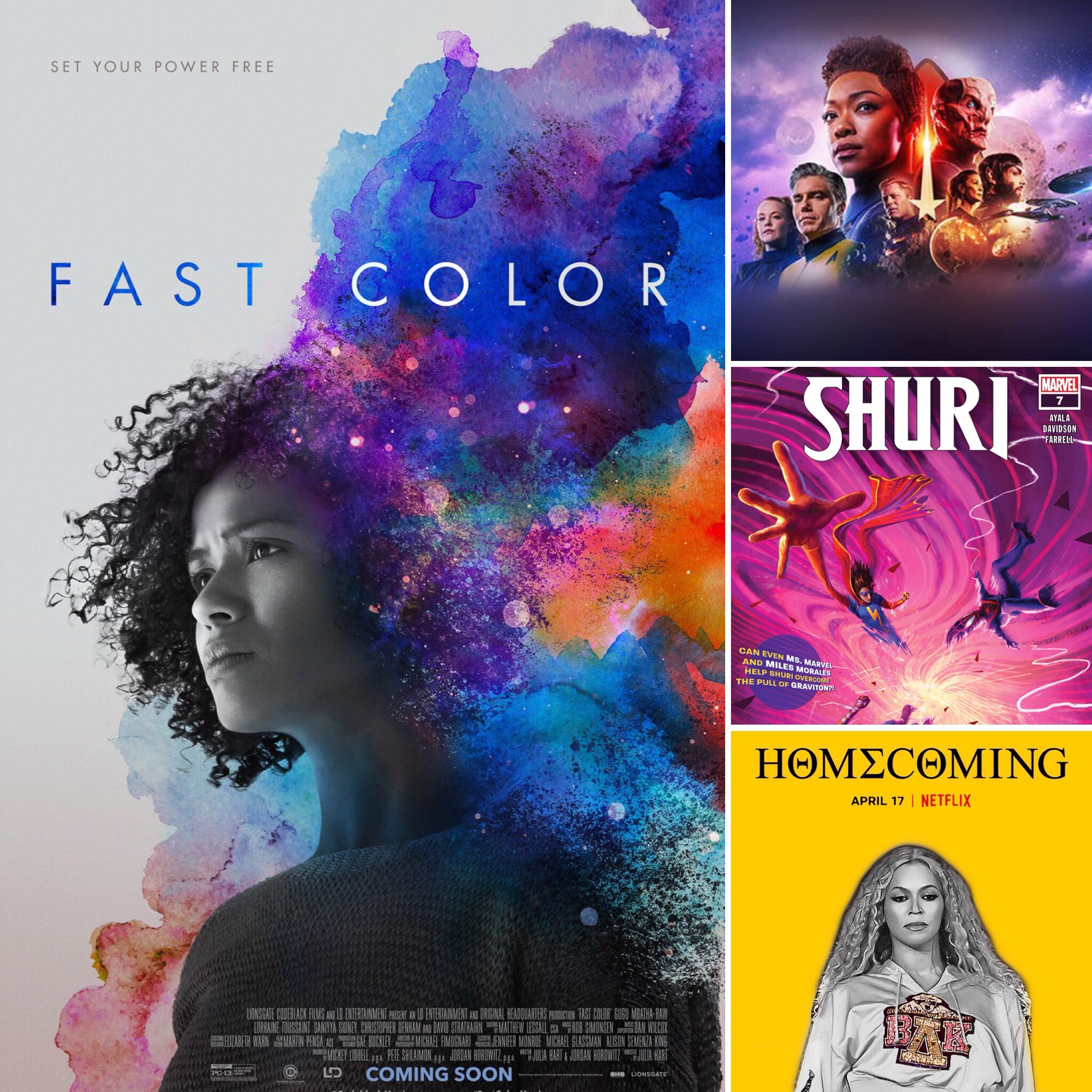 I’m really intrigued by this film starring Gugu Mbatha-Raw about a young woman who has supernatural powers. The trailer gave me a Looper (Rian Johnson) /Chronicle (Josh Trank) vibe and it’s great to see what looks to be a more grounded superhero type film centered on black women.

By now you’ve likely already watched this documentary about Beyonce’s historic performance last year at Coachella. But I couldn’t very well write this article and ignore Bey right? This Netflix documentary, directed by Beyonce herself, gives all the behind the scenes details on “Beychella”, when Beyonce became the first black woman to headline the annual music festival.

Titled “Such Sweet Sorrow, Part 2”, this ominously labeled episode will conclude the second season of Discovery. The first half of the season finale was pretty emotional and leaned heavily into the idea of how dramatic this episode will be. The sophomore season for any show can be up and down, but I think Discovery has been well regarded by most. Looking forward to more! You can check out the trailer over at the official Star Trek: Discovery site.

Shuri was one of the breakout characters in the Black Panther film, and I’m glad that that propelled her to get featured more in the Marvel comics universe as well. In this issue fans get three for the price of one as Miles Morales and Kamala Khan drop by! Below is the official synopsis:

GUEST-STARRING MILES MORALES AND MS. MARVEL! When it looks like an enemy of Wakanda has left a signature behind in America, Princess Shuri heads overseas to investigate. But she’s not the only hero on the case. With New York City and New Jersey on the line, there’s no way Miles Morales and Kamala Khan are sitting this one out. Guest creative team Vita Ayala and Paul Davidson take Shuri on a star-studded adventure!

That’s it for this week! What are you looking forward to in POC Culture? Get at me on Twitter and Instagram!