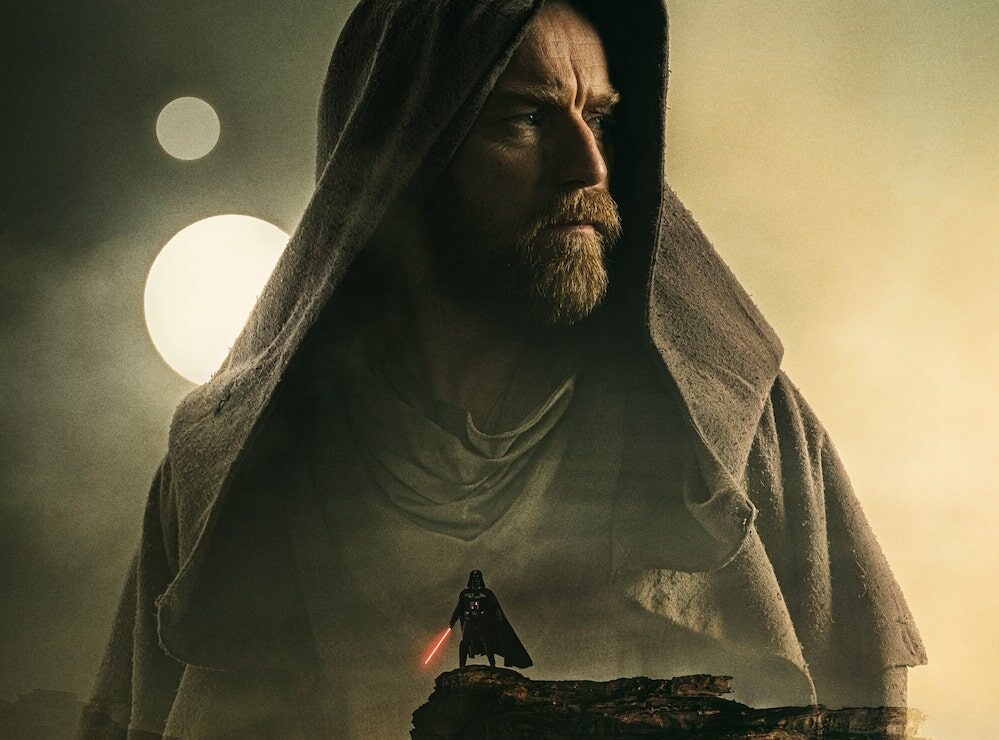 With apologies to Luke Skywalker, Ahsoka and Grogu, Obi-Wan Kenobi might just be the most popular Star Wars character in the entire franchise. First played beautifully by Sir Alec Guinness and later by the always charming Ewan McGregor, Kenobi is the Jedi Master we all rooted for.

Even though Kenobi is a major character in the original trilogy, the prequels and The Clone Wars animated series, fans have been clamoring for a Kenobi specific film or series for years. And of course, such a project necessitated the return of McGregor, who is also one of the most beloved Star Wars cast members.

This Friday, the stars align and fans finally get our wish with the premiere of Obi-Wan Kenobi, starring Ewan McGregor, exclusively on Disney+.

At a recent virtual press conference, McGregor was joined by director Deborah Chow and Moses Ingram, who plays Reva the dark side Inquisitor, to talk about their highly anticipated series.

McGregor talked about the long process of getting to this project, saying that after the prequel trilogy, he didn’t realize that fans enjoyed his performance. “It was a very long, slow process of coming back to playing [Kenobi], I guess. It was born of two things. I think, a) I was just asked a lot. The end of every interview I ever did for years I was asked two things – would I do the sequel to Trainspotting, and would I ever play Obi-Wan Kenobi again,” McGregor said. “…And so, I just started answering it honestly and I think I became more aware of the fondness that the generation that we made the prequels for have for those films. Because when we made them, we didn’t hear that. We didn’t get that response, really. So, gradually, I started realizing that people really liked them and that they meant a lot to that generation.”

Proving that fan enthusiasm and persistent interview questions can have an impact, McGregor explained that eventually, Disney contacted him to see if he was serious about a potential return to the galaxy far far away. “Disney just asked me to come in one day for a meeting because they kept seeing on social media that I’m saying that I would like to play Obi-Wan Kenobi again. It looked like I was sort of touting for work at Disney’s door. Like, you know, could you cast me?” McGregor said. “But anyway, they got me in and asked me if I mean it and I said, yeah. I said I would love to play him again. I think there’s got to be a good story between Episode III and Episode IV and that’s what we definitely found.”

To help develop that story, Lucasfilm turned to director Deborah Chow, who previously directed episodes of the hit Star Wars Disney+ series, The Mandalorian. Chow explained that what drew her to the project was the potential to delve deeply into the character of Kenobi. “I was really excited at the idea of getting to do a limited series for one, just because you get to tell sort of a bigger story, but you also have the time to really get into the character. So, I think, first and foremost, I was the most excited about doing a character driven story and really kind of having the opportunity to get more depth and have more time to really get to know the character,” Chow said.

Chow explained that in fleshing out their story, which takes place in between the two iconic trilogies, they focused on what Kenobi’s priorities would be at this stage in his life. “[W]hen we were developing the material and we were really looking at the character of Obi-Wan and looking and going, you know, what was important in his life? What are the relationships that were meaningful?” Chow said.

For Ingram, who didn’t know at first that she was up for a Star Wars project, she was pleasantly surprised when she was given the script. “[W]hen I read the script, that was the thing that attracted me the most…realizing that it was edgy and fun and cool and I just, you know, I couldn’t say no. I mean, it’s Star Wars,” Ingram said.

It seems that Ingram appreciated the more mature and layered story that Obi-Wan Kenobi seems to be telling. “I was surprised. I mean from what I knew of Star Wars, I didn’t realize it was that dangerous,” Ingram said. “It felt dangerous what I was reading and I was like, ‘Oh, I like this. I’m into this. Yeah.’ So, I was really excited.”

Ingram credited Chow for giving her the room to provide important creative input about her character Reva. “Big credit to [Chow] for welcoming me in and caring about, you know, my thoughts in terms of who Reva might be,” Ingram said.

One of the major issues was the look of Reva’s hair, which was changed thanks to Ingram. “[H]er hair was different in the initial envisioning of the character. And it was just something that my hair didn’t do naturally, but Deb was so great about, you know, hearing me out on that and that’s how we ended up with the braids,” Ingram said. “It’s really important for me to do what my hair does.”

Obi-Wan Kenobi also marks the return of Hayden Christensen, who played perhaps the single most legendary character in film in Anakin Skywalker and Darth Vader in the prequel trilogy. As one might expect, McGregor and Christensen spent a lot of time together on and off screen over the course of the prequel films and developed a close friendship. “[W]e just were so close when we met the first — we made Episode II and III together and we made them in Australia. So, we were both away from home and we had so much time training for the fights together and then being on set together. But also, because we were so far from home, we spent a lot of time outside of work together as well. And so, we were close,” McGregor said.

The relationship between McGregor’s Kenobi and Christensen’s Anakin Skywalker was central to the storyline of the prequel films, and in many ways the Star Wars saga. Whatever criticism people may have had of the prequels, many enjoyed the dynamic between the two stars. Fan affection for both McGregor and Christensen has only grown over the years and the galactic reunion between the two was 17 long years in the making. “[W]hen I saw him again and was able to talk about this project with him, it was very, very exciting. It was great,” McGregor said.

Valance joins the War of the Bounty Hunters and new alliances form, as battles wage across the crossover. T’onga is close to finding Cadeliah,...

The War of the Bounty Hunters is here!  This issue is completely worthy of this statement from the synopsis: “With a last-page reveal that...