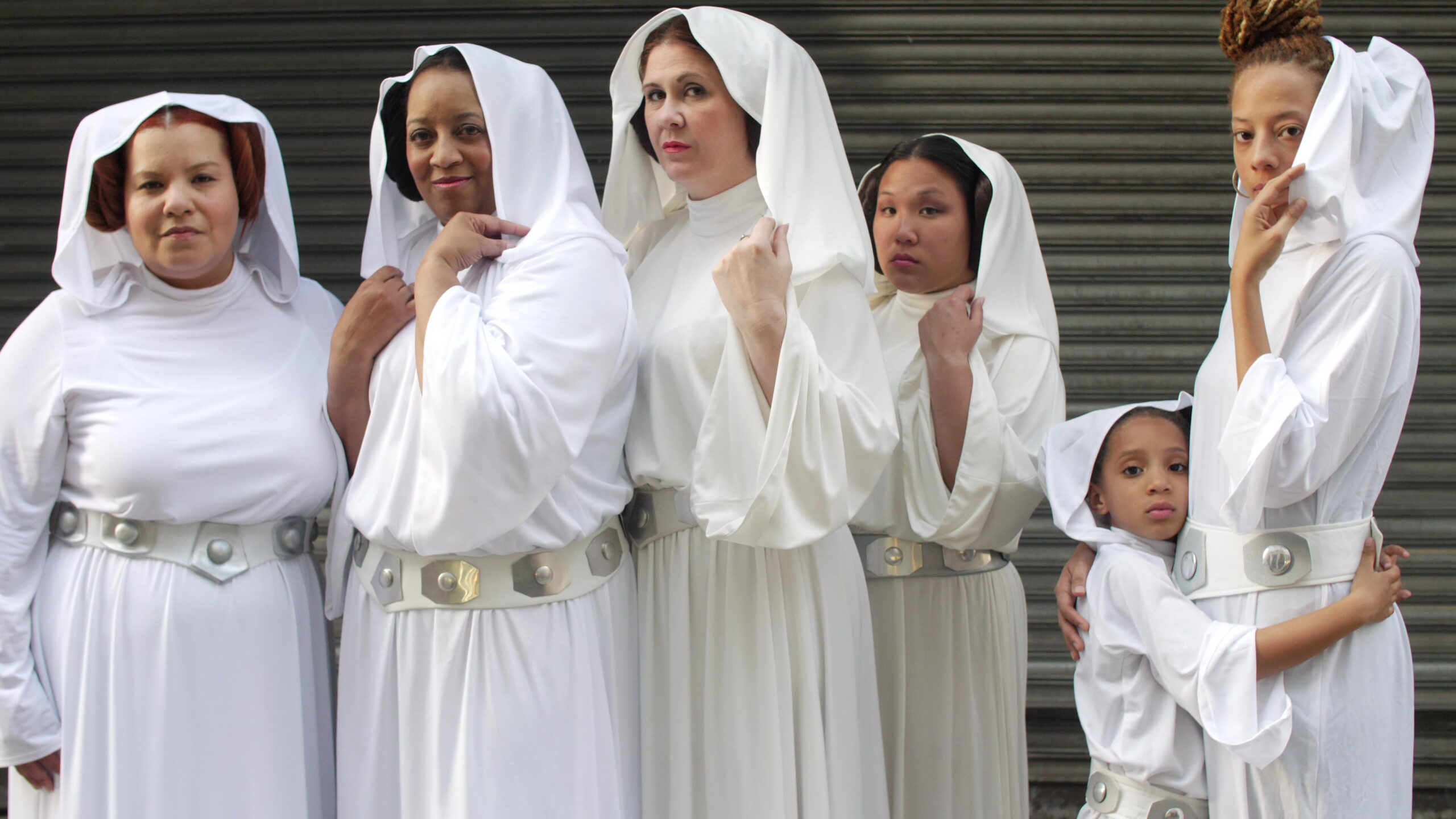 Looking For Leia, a Star Wars docu-series highlighting and celebrating the women in Star Wars fandom, is being previewed today at Dragon Con in Atlanta, GA!

I couldn’t be more excited about this docu-series. The series creator, Annalise Ophelian, is a super talented filmmaker and a massive Star Wars geek! I’ve had a chance to chat with Ophelian a few times at San Diego Comic-Con and her love and passion for Star Wars and all things geek are infectious. This project began in 2017 at Star Wars Celebration Orlando, and it’s been a labor of love for Ophelian and her brother.

I watched a sneak peak at some of the series, and it gave me chills. It has so much heart, highlights diversity and is genuinely polished. I find that a lot of fans think that women are “new” fans to the Star Wars saga, when in fact that isn’t true at all. I’m hopeful that this series will show how women and non-binary fans have been a major part of Star Wars from the very beginning. I really can’t wait to see the full series and if you have the good fortune of being at Dragon Con today don’t miss this preview and a chance to meet some of the series creators! Check out the tweet below and the official press release for more information.

We would be honored if you would join us…. for a 1st look at #LookingForLeia! Watch full episodes, hang out with us after at Twenty Two Storys! #StarWars #WeAreAllRealFans pic.twitter.com/30sAwrJL4Y

SAN FRANCISCO, CA August 13, 2019 – Fans attending Dragon Con in Atlanta, GA
will be among the first to preview episodes of LOOKING FOR LEIA, a multi-part docuseries about women and non-binary fans who found identity, connection, and purpose
in their love of the galaxy far, far away. A special screening event is scheduled for
Friday, August 30th at 5:30pm, as part of the Star Wars track program offerings.

LOOKING FOR LEIA began production in 2017 at Star Wars Celebration in Orlando.
Since that time, series creator and director Annalise Ophelian (MAJOR!, Diagnosing
Difference), traveled around the United States and interviewed over 100 women and
non-binary fans about their love of the franchise. She found that women have always
been Star Wars fans, it’s just taken 40 years for the world to notice. Women’s fandom
is passionate, creative, and reaches far beyond the legacy of Carrie Fisher’s iconic
role. LOOKING FOR LEIA is a joyous gender justice project that shifts the traditionally
male-centered narrative of “geek culture,” and explores the ways women and nonbinary fans create galaxies of their own.

Dragon Con was founded in 1987, and has grown to become one of the largest and
most well attended multi-media, popular culture conventions focusing on science
fiction & fantasy, gaming, comics, literature, art, music, and film in the world. An
estimated 80,000 fans attended the convention over Labor Day weekend in 2018.