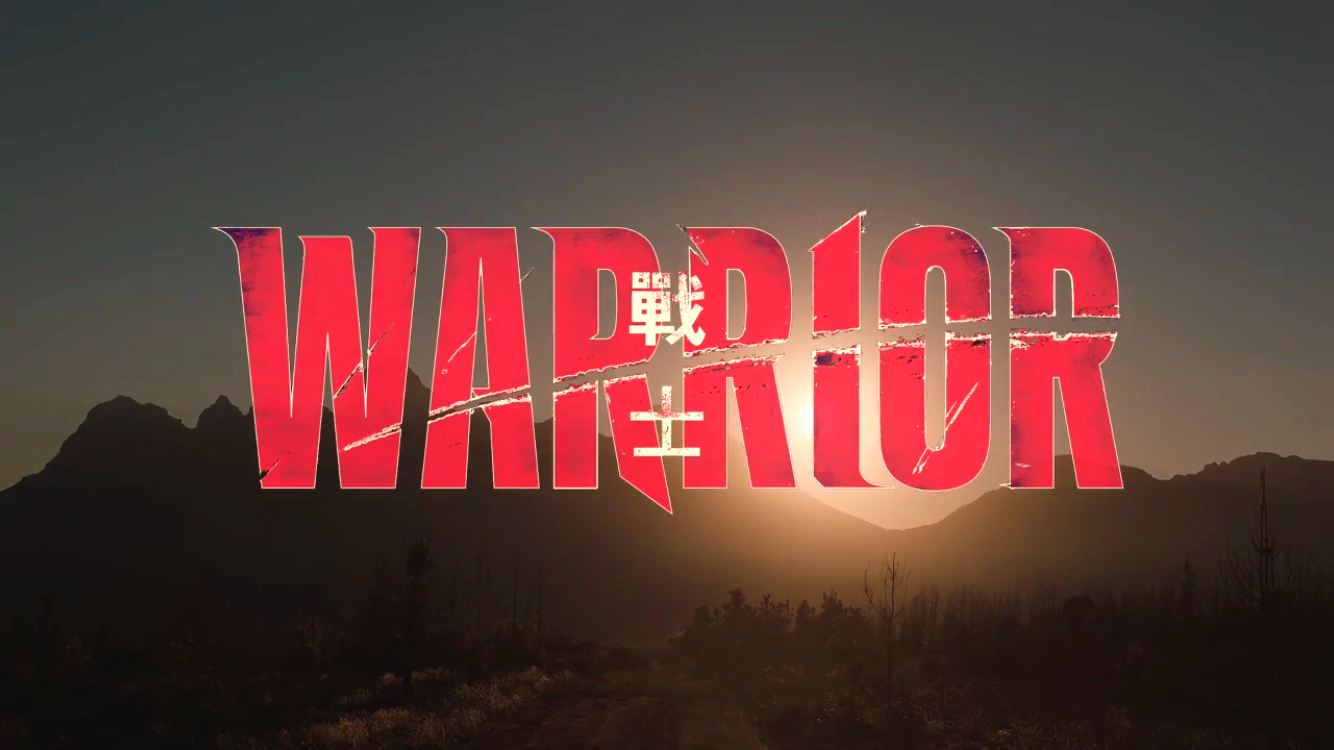 Cinemax’s show Warrior reaches the midway point of its freshman season and flexes all of its considerable muscles. “The Blood and the Sh*t” is a celebration of everything this show does well and a high water mark for east-meets-west storytelling. Finally, we get an “Asian Western” that isn’t just white-washed characters doing bad martial arts or pretending to be Asian. Instead, we get a story that celebrates Asian Americans while honoring both martial arts films and westerns. The Blood and the Sh*t is also the first episode of the season that is both written by an Asian American (Kenneth Lin, who also wrote “The White Mountain”), and directed by an Asian American (Kevin Tancharoen). Spoilers below!

This episode is a surprising but welcome departure from the comforts of San Francisco’s Chinatown. The plot itself is fun and exciting, but fairly straight forward, That’s not to say there aren’t some great moments, but the beauty of this episode is in the layered dialogue and the incredible performances of Andrew Koji and Jason Tobin.

The episode opens with a wide shot of a stagecoach where Ah Sahm (Andrew Koji) and Young Jun (Jason Tobin) are shepherding a coffin that’s supposed to be sent back to China. We then get an intimate shot inside the stagecoach where Sahm and Jun are sharing the ride with a well to do couple, a priest, and a loud mouthed thug. The couple are disgusted at having to ride with Chinese, who allegedly carry disease or at a minimum, smell. The thug even says that they’re not fully evolved. The camera then pans to Ah Sahm and Young Jun, and their equally disgusted expressions are priceless. Of course we know that Ah Sahm can understand every insult loudly hurled their way. Their ride is abruptly interrupted when the driver informs them that they need to stop and will have to spend the night at a saloon seemingly in the middle of nowhere. The entirety of the rest of this episode takes place in this saloon in an homage to a variety of westerns, and in particular Quentin Tarantino’s recent film The Hateful Eight. IndieWire’s Hanh Nguyen had a fantastic interview with writer Kenneth Lin and director Kevin Tancharoen, where they discussed the influences of this episode.

Inside the saloon, Ah Sahm and Young Jun encounter a Chinese cook, Lu (C.S. Lee) who welcomes them with some authentic Chinese Drunken Chicken. Ah Sahm in particular lights up, prompting Lu to ask if he’s homesick. Soon, the two find that they’re from neighboring towns in China, and the immediate familiarity and kinship is clear. Seeing this exchange, Young Jun wistfully mentions that he’s never even been to China. “I’m a Chinaman who’s never been to China. I was born in San Francisco. I’m sure no f**king American. I don’t belong anywhere,” says Young Jun. Ah Sahm responds, “You’re as Chinese as I am,” but Jun is unconvinced. This exchange is masterful writing but Lin and one that’s so heart wrenchingly authentic to the Asian American diaspora experience. Young Jun represents so many Asian Americans who feel caught in between cultures. We’re often told by the community where we live that we’re not really American, yet reminded by those who look like us that we’re not truly Asian. Like Young Jun, we don’t belong anywhere.

Ah Sahm takes the plates back to the kitchen for “big brother” Lu.” There, Lu tells Sahm that not only is he the cook, but he built the whole saloon with his own two hands. Lu was brought over to America to work on the railroads, found some money mining a gold mine that was supposed to be dry, and built the saloon. In another commentary on the immigrant experience, Lu tells Sahm that even with the gold he mined, they wouldn’t give him fair value simply because he’s Chinese. “Twice the work for half the pay. I couldn’t live with that anymore,” says Lu. Of course that wasn’t Lu’s only motivation. He fell in love with the white woman who runs the saloon with him, Billie. “That’s America little brother; plenty of opportunity, just never the way you think,” Lu tells Sahm. Learning Lu’s backstory must be hugely impactful to Sahm, who beyond struggling with his own recent immigration to America, just began an affair with Penny Blake. Does Lu represent Sahm’s future? Is that even what he wants?

While Ah Sahm is talking to his future Asian American self, Young Jun experiences his own unexpected American love story, when he meets a First Nations prostitute working at the saloon named Wankeia. As we know, Jun is no stranger to prostitutes, but his experience with Wankeia feels different (presumably both for him and for the audience) and he brings Wankeia back to the table where he’s sitting with Sahm and declares that he’s in love. At this point, the thug mocks Jun and Wankeia, begging to be punched in the face until he draws his pistol. Surprisingly, what seemed to be the confrontation we were all expecting from the first few minutes of the episode ends abruptly, as the thug is shot dead by Harlan French, a local outlaw, who has come with his crew to rob the saloon. The thug was small fish and we now meet the true villains of the story.

French and his crew take valuables from the saloon’s patrons and clearly has a history with Billie. Of course, things can’t end smoothly, and they don’t as French tells his men to take the coffin that Young Jun and Ah Sahm are transporting. Jun “politely” informs French that that’s not going to happen, and the ensuing brawl leaves two of the outlaws dead as French retreats. Although French was thwarted, they soon find that he wanted the coffin because he knew that Father Jun had hidden gold inside the corpse and this was a set up all along. Billie says that French will be back and he’s going to kill everyone. Their only choice is to fight.

The saloon’s motley crew agrees to fight together and they wait for French’s return. As they wait, Ah Sahm tells Young Jun that he should leave. This isn’t his fight. Jun admits that he considered leaving, but tells Sahm, “I don’t belong anywhere…but if I had a brother, I’d like to think that I’m the kind of brother who’d stay and scrap with him. You get me?” Sahm nods, “I get you.” Again, it’s the dialogue between the action that gives this episode its richness. Although this episode is a departure from the main storyline of Warrior, the relationship that Young Jun and Ah Sahm have forged in this episode will undoubtedly be critical to later episodes and could very well carry the show as a whole. After Ah Sahm and Young Jun’s bromance is firmly established, Jun goes to find Wankeia, who he sees just as she’s about to escape out the window. Jun understands, and gives Wankeia a few pieces of Father Jun’s gold to send her off.

French returns with a larger team of outlaws to find Ah Sahm sitting alone, waiting for them. French wants the gold and thinks Sahm has no choice but to hand it over. Sahm corrects him by ripping his throat out as the rest of the saloon squad attacks. This final fight is thrilling, with each of the saloon squad members enjoying a highlight moment. Young Jun proves to be a deft gun slinger, but is saved in a critical moment by the return of Wankeia, who slits the throat of one of the outlaws. If this episode was being screened in a theater, the audience would have cheered loudly at that scene. Sahm is, of course, spectacular, and there’s a nice homage to Bruce Lee in Enter the Dragonas Sahm jump stomps one of the outlaws in the chest.

The next day, Young Jun and Ah Sahm decide to take two of the outlaws’ horses and head to the next town to catch a separate stagecoach. Sahm says that it’s best that they move on as the remaining white stagecoach riders still don’t want to share a ride with the Chinese. Billie notes, “You saved their lives,” and Ah Sahm responds, “That was yesterday. Today they’re white and we’re still yellow.” Perfectly symbolic of how Warrior, and this episode in particular, puts a fresh spin on old tropes, Jun and Sahm put on some cowboy hats, get on their horses, and ride off…into the sunrise.

This was the best episode of the season and one of the best episodes of television I’ve seen in years. The immigrant and diaspora themes that are the basis of this show, supported by incredible action sequences involving all of the saloon squad, make this episode one of the most interesting, exciting and unique episodes on tv. There simply isn’t another show doing this.

In this article:Bruce Lee, Cinemax, Warrior