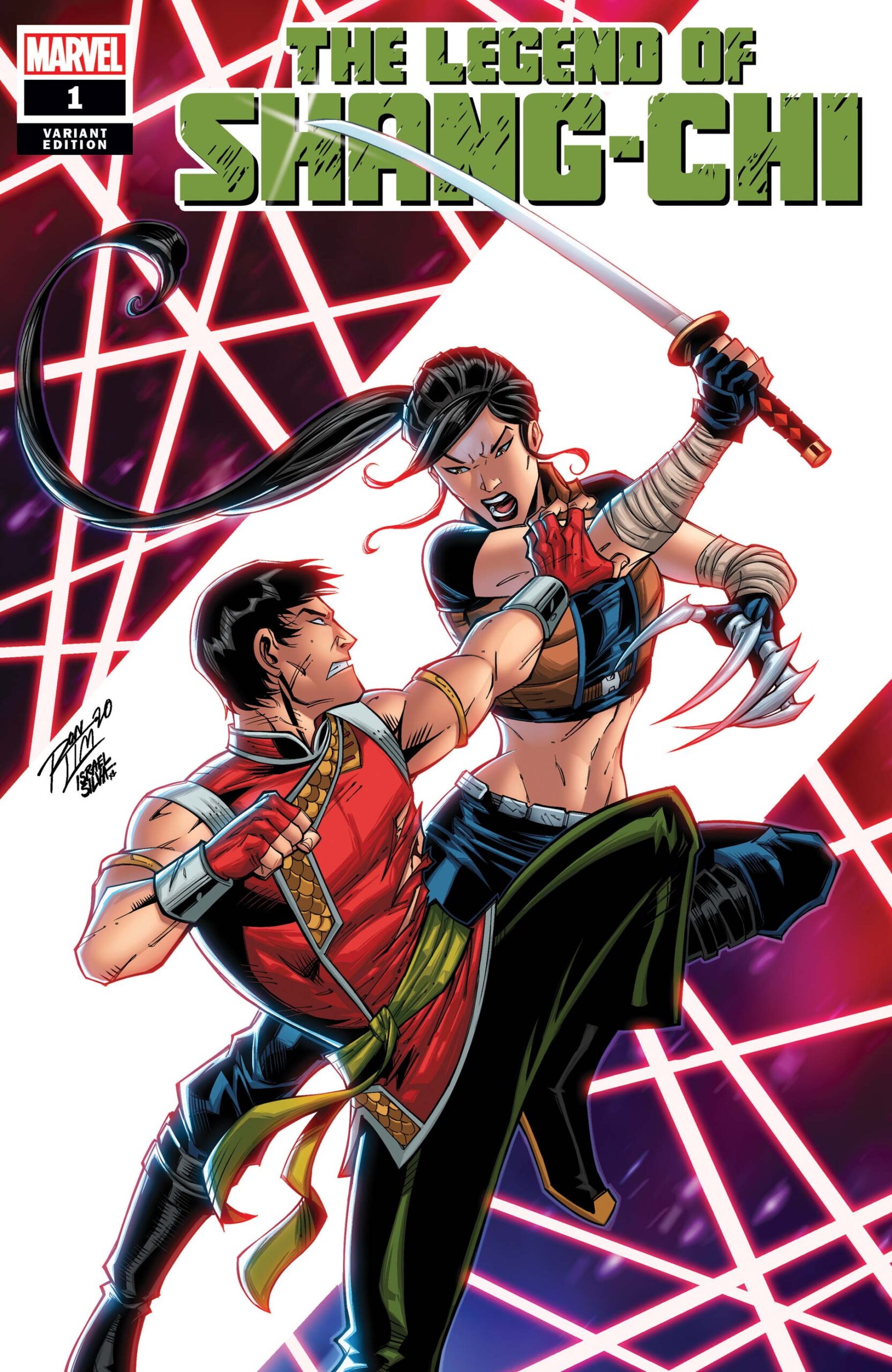 Shang-Chi is back! Again! Or maybe still? Shang-Chi’s revamped miniseries by Gene Luen Yang, Dike Ruan and Philip Tan came to a conclusion last week, but thankfully that’s not the last of the character. This week, we get The Legend of Shang-Chi, a one-shot story by Alyssa Wong and Andie Tong pitting the Master of Kung Fu against Lady Deathstrike.

The Legend of Shang-Chi is available now at your local comic book store! Spoilers below!

Writer: Alyssa Wong
Penciler: Andie Tong
Cover Artist: Andie Tong, Ron Lim
Deadly Hands vs. Deadly Blades! Someone has been stealing artifacts of WMD potential. It’s up to Shang-Chi to find this person and stop them. But is he prepared to go toe-to-toe with Lady Deathstrike?!

This story is straight up martial arts action with an excellent villain. The Shang-Chi miniseries that just concluded was a much more story focused and subtle approach to the character, who has been little more than a fortune cookie stereotype in past years. However, in my reviews, my primary criticism was that there weren’t enough of the conventional martial arts fight scenes that fans might expect.

This book remedies that by throwing Shang-Chi into a straight forward story, focused on having him clash with Lady Deathstrike in a thrilling martial arts showdown. In the story, Leiko Wu, always a welcome addition, asks for Shang-Chi’s assistance in recovering a dangerous mystical sword from a museum. Seems simple until they realize that Lady Deathstrike is also after the same sword, only with far more nefarious intentions.

The two fight over the soul stealing sword, leading to some very cool fight scenes between the two deadly handed combatants. I really enjoyed Andie Tong’s art in this book, which did a wonderful job of displaying the dynamic action, speed and intensity between the two.

It was great to see Lady Deathstrike, who is generally a very cool character but often restricted to the X-Men world, show up in another book. Especially in this setting where her unique abilities make for an interesting match-up against Shang-Chi.

In one scene, Lady Deathstrike mocks Shang-Chi, bragging about how she’s battled superhumans with bodies of fire and mutants with adamantium bones and healing factors. She asks Shang-Chi, “What are you compared to them?” It was a great scene because that’s a common question about Shang-Chi by fans. How can this regular human who knows martial arts compete in a world of superheroes and supervillains with incredible powers?

This book doesn’t necessarily answer that question (aside from the answer being that it’s a comic book), but I appreciated the book’s self awareness.

As much as this book is high on action, it’s low on character development and story. It’s really an action vehicle just to have the two characters fight. The fight is excellent, but I wish there was more context and depth to the story. What’s the significance of this sword? Why does Leiko and MI-6 want it? What are Lady Deathstrike’s plans for it?

While I like that Leiko Wu is included and seems to be a recurring character in future Shang-Chi stories, none of the new characters introduced in the Shang-Chi miniseries made an appearance. It felt like a strange lack of synergy between the Shang-Chi books.

The story was fun but lacked some depth and didn’t really add anything new to the Shang-Chi universe.

As with the miniseries, this book had an all-Asian creative team, with Alyssa Wong and Andie Tong. Wong is also the first Asian woman to write a Shang-Chi book (Fonda Lee wrote Shang-Chi as part of her Sword Master books), so that’s another excellent milestone. Hopefully we will see more Asian creatives get to tell their Shang-Chi stories in the near future!