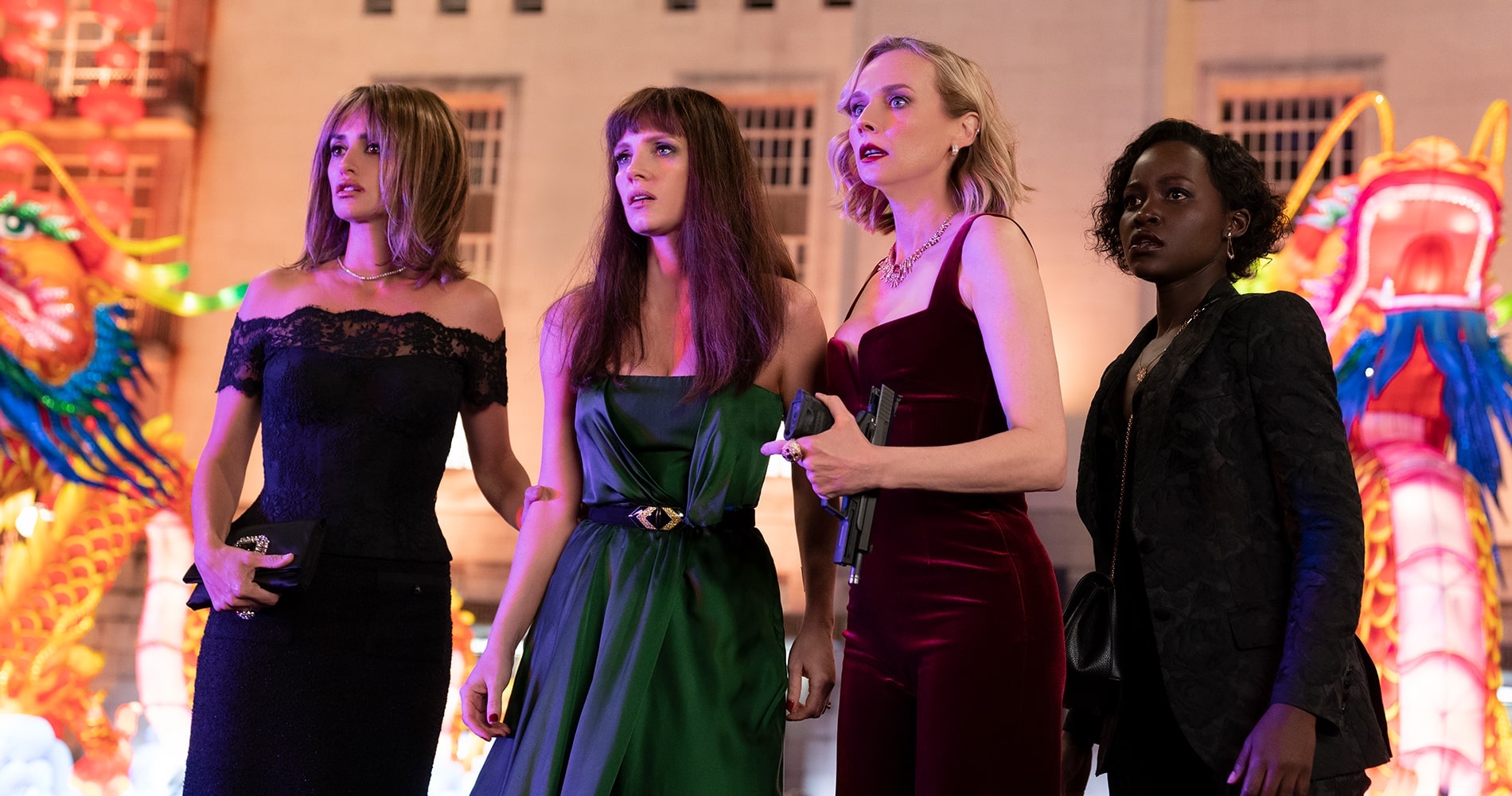 Spy thrillers are always a reliable genre for a fun, action experience with twists and turns. Dominated by the likes of James Bond, Jason Bourne, Ethan Hunt and other male protagonists for decades, there have been several attempts in recent years to modernize the genre by telling spy thrillers starring women. The 355 is the latest effort, but this film doesn’t just star a woman spy, it stars five of them played by some of the biggest names in the industry.

Directed by Simon Kinberg with a screenplay by Kinberg and Theresa Rebeck, The 355 is a crowd pleasing spy thriller with exceptional action and a stellar cast. While it doesn’t break new ground, it’s a slick and entertaining ride that’s worth watching just for the incredible talent and chemistry of the film’s leads.

Five rival agents. One elite team. We are The 355.

A dream team of formidable female stars come together in a hard-driving original approach to the globe-trotting espionage genre in The 355.

As the action rockets around the globe from the cafes of Paris to the markets of Morocco to the wealth and glamour of Shanghai, the quartet of women will forge a tenuous loyalty that could protect the world—or get them killed.

The film also stars Édgar Ramirez (The Girl on the Train) and Sebastian Stan (Avengers: Endgame).

The 355 is directed by genre-defying filmmaker Simon Kinberg (writer-director-producer of Dark Phoenix, producer of Deadpool and The Martian and writer-producer of the X-Men films), from a script by Theresa Rebeck (NBC’s Smash, Trouble) and Kinberg, and is produced by Chastain and Kelly Carmichael for Chastain’s Freckle Films and by Kinberg for his Genre Films. The film is executive produced by Richard Hewitt (Bohemian Rhapsody).

When a film boasts a cast of Lupita Nyong’o, Penélope Cruz, Jessica Chastain, Diane Kruger, and Fan Bingbing, along with healthy serving of Sebastian Stan on the side, it really doesn’t need too much else. Give those stars enough room to operate, put them in situations that maximize their talents and enjoy the ride. Of course, filmmaking is much, much more involved than that, but The 355 almost feels like it was that easy to make and it’s certainly that easy to enjoy.

Films that have several recognizable talents have a high variance. They can either be really exceptional, with the cast having such a good time together that the chemistry pops on screen like Ocean’s Eleven, or they can feel labored and overstuffed like…Ocean’s Twelve. Chemistry is a tricky thing and you never really can predict what the final product will look and feel like even with the biggest and best names.

Thankfully, in The 355, the stars not only look like they’re having a great time together, but they also seem to want to bring the audience along for the ride. Jessica Chastain’s Mace is the de facto leader of the team, with Lupita Nyong’o’s Khadijah as her most trusted friend and confidante, and Diane Kruger’s Marie as a rival turned ally. While Penélope Cruz’s Graciela, a Colombian psychologist thrown out onto the field, and Fan Bingbing’s Lin Mi Sheng, a Chinese intelligence operative, round out the team, the two are primarily supporting roles.

Mace, Marie and Khadijah are really the film’s featured characters, and the three stars embrace their respective roles and work well together. While all three are highlighted throughout the film, the story does emphasize the rivalry between Mace and Marie, as two competing spies from the United States and Germany respectively. Khadijah, a former MI6 tech expert, joins in a bit later in the story and definitely makes her presence felt throughout most of the film.

In addition to the core five women, the always likable Sebastian Stan does a great job in a supporting role and is just so charming that you can’t help but want more. In many ways, Stan’s performance in this film might make fans wish The Winter Soldier was given more of an opportunity to show his smooth and suave side.

Finally, the action definitely delivers with strong fight scenes, enough explosives to satisfy your inner-pyro, and excellent chase sequences. The 355 knows what it is and gives you want you came to see.

While the film boasts five incredibly talented women as its core cast, the reality is that it’s primarily a three character story with Penélope Cruz’s Graciela as a strong supporting character and Fan Bingbing’s Sheng as almost a tertiary character. Graciela is the one member of the team who isn’t a field operative. As she reminds everyone numerous times, she’s a psychologist. It’s nice to have a character who isn’t just there to blow things up and kill people, but aside from being the one who doesn’t necessarily want to fight, Graciela doesn’t add much to the team. As a psychologist, it would have been interesting to see some ways where her expertise could have added insight and depth into what the team is doing, but the only time she’s given the chance to do anything, she’s forced to flirt with a target. That’s a spy trope that’s far too cliched and almost contradicts the main premise of the film.

The most disappointing character however is Lin Mi Sheng, who doesn’t even show up until half way through the movie. While Sheng definitely has some memorable moments, her character’s motivations are confusing and there are hints of the Asian exoticism that too often plagues Asian characters in U.S. films. It’s not a great sign when the most memorable part of Sheng’s character is her apparent expertise with herbal teas. Sheng has a stunning look and a memorable presence, and I appreciated the way she’s integrated into the the team, but it’s a stretch to call her a main character, the way the film’s marketing implies.

Overall, The 355 is an enjoyable, but mostly predictable, film. Most spy thrillers throw out various twists and turns that sometimes catch audiences by surprise, but it seems like Kinberg and Rebeck weren’t too interested in that approach. The story is primarily straight forward, with character developments that are barely concealed and an ending that everyone can see coming before the film even starts. The absolute best spy films feel like the cast didn’t even know what was coming, but this film doesn’t offer anything that intriguing.

From the perspective of gender diversity, it’s always great to have a film where the women are the clear leads; especially for a genre that has been long dominated by male heroes. One wonders however why a film that screams girl power wasn’t directed by a woman director. Kinberg’s experience and credentials are considerable, and it’s certainly no criticism of his abilities, but this is a film that should have had a woman at the helm.

The 355 also seems to embrace ethnic diversity, highlighting characters from several different countries, including Black, Asian and Latinx characters. All of that is far too rare and definitely welcome. I’m a sucker for an international action story. However, it is disappointing that the film ultimately focuses most on the white characters from the U.S. and Germany. The two are first to be introduced and the last to be seen together at the end. Especially considering the fact that Graciela and Lin Mi Sheng are relegated to more supporting roles, the story is not quite as diverse as one might have hoped for.

In this article:355, Review, The355, Top, Universal Pictures, UniversalPictures