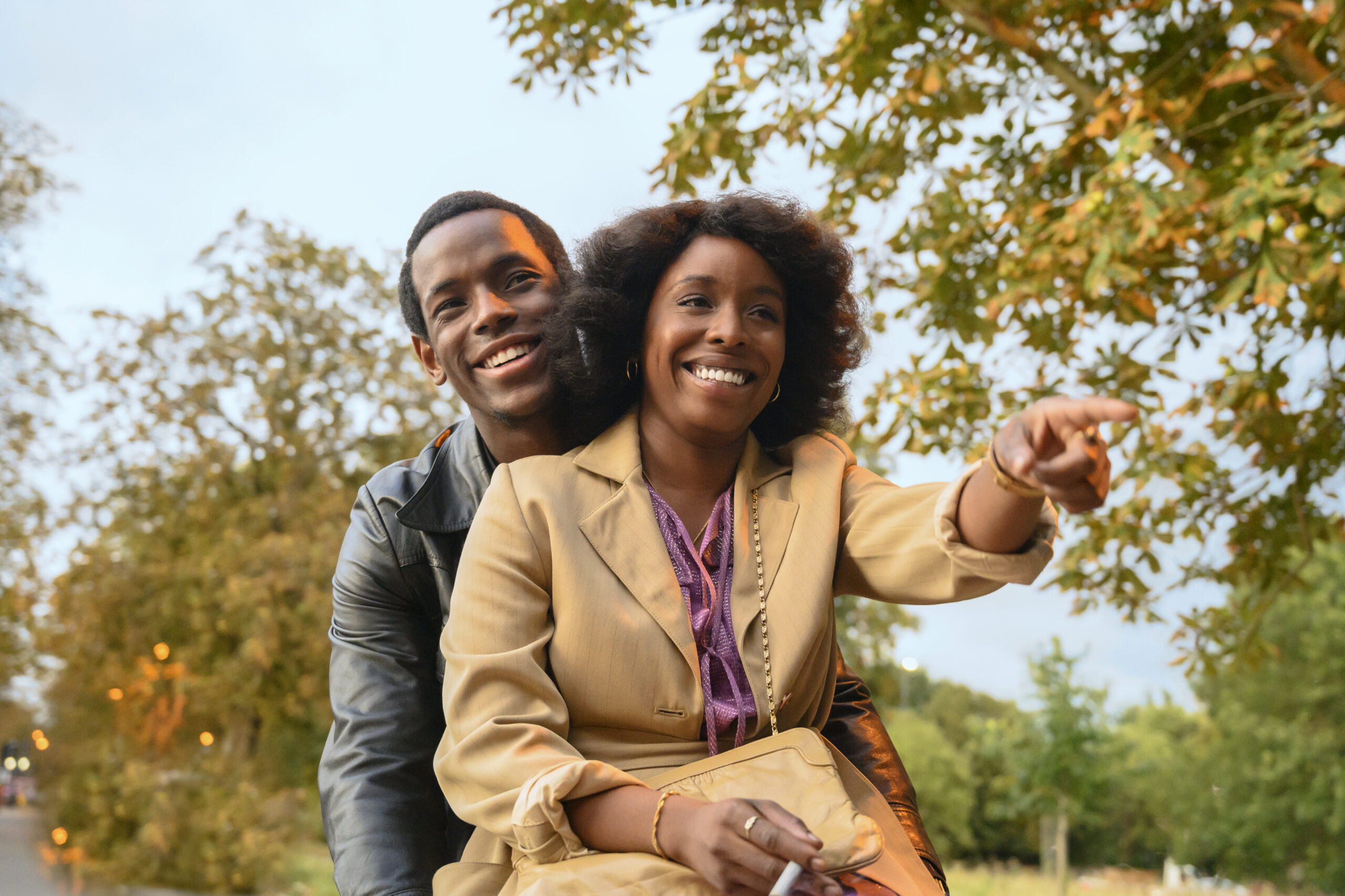 If the Small Axe anthology is Steve McQueen’s love song to the Black community, Lovers Rock is the hook. Lovers Rock is unique in that it’s the only fictional episode of the five-film series, and at least compared to the first (Mangrove) and third (Red, White and Blue) episodes, is much less about character and plot, and more about celebration and culture.

Lovers Rock is an homage to the Blues house parties in London, which the West Indian community created because they were unwelcome in the white nightclubs. Writer and director (showrunner?) Steve McQueen described the film as being “about doing it yourself. Don’t worry if people won’t let you in. You make your own.”

People of color, and especially Black communities, have often had to create their own safe spaces, and Lovers Rock is a celebration of that perseverance and ingenuity. And while I appreciated the film’s ambition and perspective, the focus on music felt to be at the expense of character development, which made it difficult for me to connect to the story.

Lovers Rock is streaming on Amazon Prime today! Spoilers below!

It’s the 1980s in London and everyone is getting ready for a Blues house party to celebrate Cynthia’s (Ellis George) birthday. People are joyfully moving furniture for dancing, prepping food and picking out music. Martha (Amarah-Jae St. Aubyn) and her friend Patty (Shaniqua Okwok) sneak out and catch a bus to the festivities.

At the party, the pair catches the attention of a two guys, including Franklyn (Micheal Ward). For the rest of the night, Franklyn and Martha are on and off, at times dancing together and sharing intimate moments, while at others struggling to navigate the seemingly random moments of darkness that pop up. At one point, Martha’s belligerent cousin crashes the party, causing a near altercation with the bouncer and a confused Franklyn. At another point, Martha breaks up the near rape of Cynthia behind the house, necessitating another intervention by Franklyn against the assaulter. Those moments are all interspersed throughout the film amongst various montages of music, dancing and singing by the party goers.

As the party wraps up near dawn, Martha and Franklyn ride a bicycle through the streets, promising to meet again later that day before Martha makes it home just in time to “get ready” for church.

Too often, movies centered on people of color focus on pain and suffering. And while the stories of the struggle need to be told, and often lead to cherished moments of victory, we also need stories where happiness is the point. Lovers Rock is that kind of movie. There’s so much genuine joy and free expression throughout the film, that it’s hard not to get sucked into the celebrating.

Janet Kay’s 1979 classic “Silly Games” is the film’s anthem, sung joyously in an early scene as a group of women prepare food for the party. Later, in perhaps the high point of the story, the DJ plays the song to a raucously approving room who get so caught up in the moment that they continue to sing a cappella after the music ends. Those moments are magic in real life; when a group of people get so lost in the collective synergy that nothing needs to be planned or said, but everyone somehow knows what to do.

I particularly enjoyed the scene when everyone gleefully acted out and danced out to Carl Douglas’ “Kung Fu Fighting.” I’ve heard that song a million times and I don’t think I’ve ever felt so happy to hear it as I did in that moment. It was really fun to see the party goers act out faux martial arts moves together without a hint of self consciousness or embarrassment. We should all have safe spaces that allow us to genuinely let loose.

The protagonist of Lovers Rock is probably the music, with Martha and Franklyn in strong supporting roles. But because the characters are so secondary to the story, I found it difficult to connect. We don’t even meet Martha or Franklyn until well into the film, and don’t learn their names until even later than that. The overwhelming majority of the characters exist to anonymously sing and dance throughout the story. In some ways, the experience is similar to actually going to a house party where you know some people, know of some people, and maybe, possibly, recognize others. You dance through a sea of vaguely familiar faces and hopefully at the end of the night connect with a few through the fun of the shared experience. Unfortunately for me, I didn’t make a connection this night.

It’s possibly a product of my own jadedness, but the lasting impressions for me were the random yet multiple dark moments seeded through the film. Martha’s friend Patty decides to leave the party early by herself, which I found extremely strange. When two women have to cross town in a bus to go to a house party because the racism is so prevalent at that time that Black people can’t go to clubs, it seems like a betrayal of both friendship and kinship for one of those women to abruptly leave the other at the party without a word. Martha tries to go after Patty, only to run into a group of white men eager seething with racism, which validated my feelings of how unforgivable Patty’s actions were. Thankfully, Martha retreats back to the party, backed by the formidable looking bouncer. It was one of several reminders that the world outside the party is less than welcoming.

Later, Martha’s cousin angrily crashes the party for reasons that are unclear, if not non-existent. He gets into a shouting match with Martha where we have no context or emotional investment. The only person more confused than me in that scene is Franklyn, who continues to pursue the string of romance with Martha, only to find himself in the middle of a family conflict. Finally, Martha saves Cynthia from sexual assault, which leads to a dangerous confrontation with the assaulter where Franklyn must once again intervene. Shared emotion and trauma tend to bring people closer together, and it works for Martha and Franklyn in the end, but I experienced those scenes as little more than a passionless observer.

Executive Producer Tracey Scoffield said the film is “a collective reimagining of a time and place very precious to West Indian Londoners….For the older West Indian community Lovers Rock will bring back many happy memories; and I hope it inspires a new incarnation of Blues from younger audiences.” The film certainly represents a critical element of the West Indian experience in London between the 1960s and 1980s, the period on which Small Axe focuses. The through line that may bring each of the Small Axe films together might simply be the concept of safe spaces. Mangrove is about a beloved restaurant that was abused by the police. Red, White and Blue, which I will review next week, is about an institution (the police), that is supposed to provide community safety, but actually creates the exact opposite for the Black community. From that perspective, Lovers Rock fits as a story about the small, private, safe spaces that the Black community built for themselves during that time, and more generally, the kind of spaces Black communities continue to have to build for themselves today.