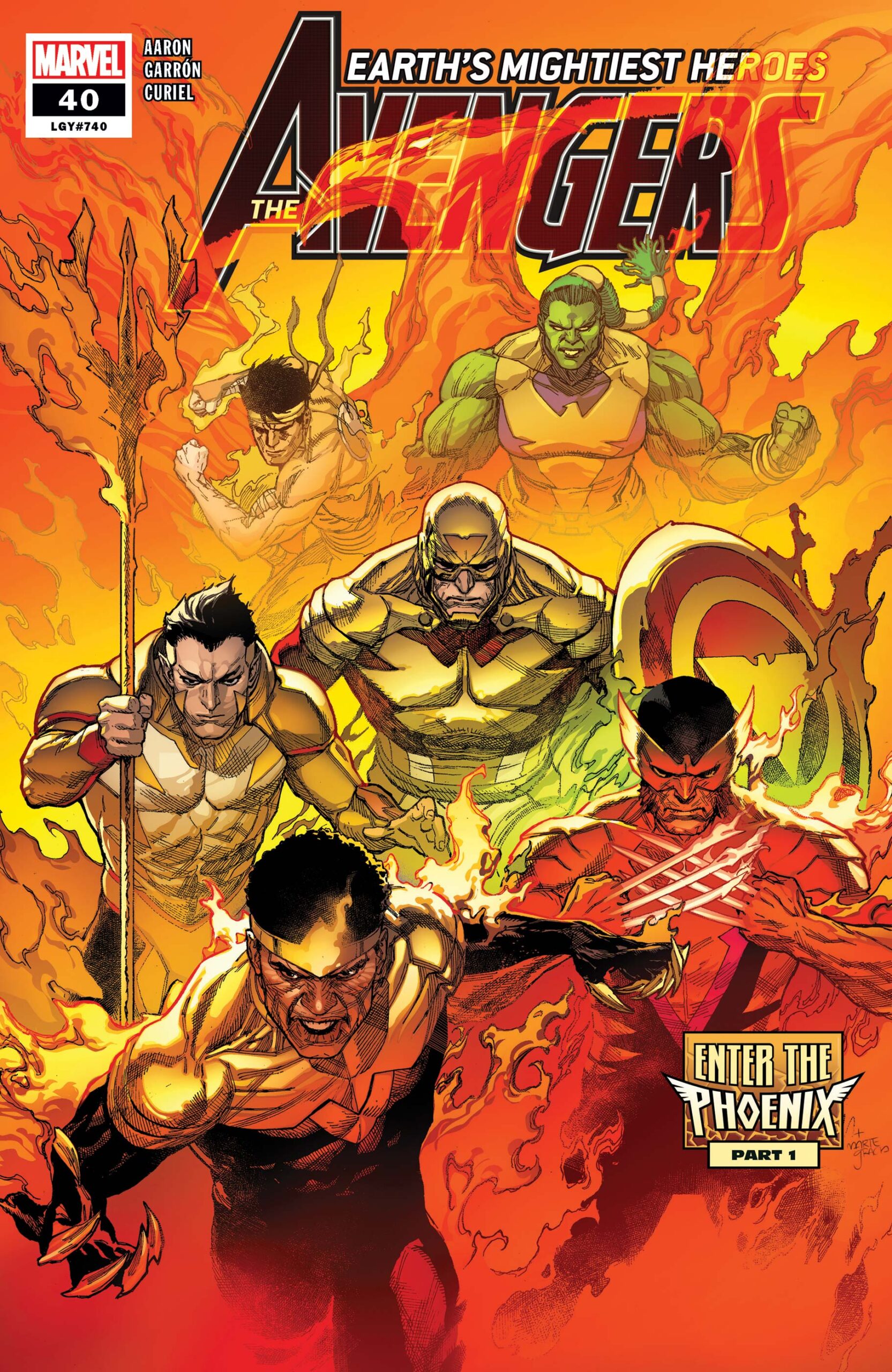 The fight tournament to end all fight tournaments is finally here! Avengers #40 officially kicks off the “Enter the Phoenix” event, featuring some of the biggest and baddest names in the Marvel Comics universe going toe-to-toe to determine the next host of the Phoenix Force.

I’ve been highly anticipating this event. Last month’s prologue issue was unexpected but fascinating. This month we get right to it with an action-packed issue. Below is my non-spoiler review of Avengers #40 which releases this Wednesday at your local comic book store!

Writer: Jason Aaron
Penciler: Javier Garron
Cover Artist: Leinil Francis Yu
ENTER THE PHOENIX! The infamous firebird of cosmic destruction and rebirth known as the Phoenix Force has returned to Earth to find a new avatar. So now the Avengers and some of the most powerful heroes and villains in the Marvel Universe are being called into a competition unlike anything they’ve ever seen. A globe-spanning battle that will transform them all and ultimately decide…who will be the all-new Phoenix.

Reminiscent of Star Wars: A New Hope, Avengers #40 immediately drops you in on the action. The Enter the Phoenix tournament has begun, and before the reader can orient themselves, the first fight is on! The story goes back and forth between the on-going fight and a flashback to when the Phoenix landed on Avengers mountain prior to the beginning of the tournament.

The fight is the highlight of the issue, featuring two major players in Marvel Comics facing off. I won’t reveal who the combatants are, but suffice it to say, they’re both A-list characters and the fight is a lot of fun and extremely satisfying.

I really love Javier Garrón’s art for this event. The fight sequences really pop, and as you can see from the preview page of Phoenix Cap below, his close-up character moments are absolutely stunning. Predictably, there are a lot of Phoenix flames throughout this book and David Curiel’s colors are pitch perfect.

The flashback sequence is less satisfying. It takes place just before the start of the tournament and unfortunately, we weren’t given enough information to make that part of the story particularly interesting. It does seemingly reveal how this whole situation started and why the Phoenix Force decided to land on Avengers mountain, but it remains to be seen if what seems to be true, actually is.

The other part that confused me were the rules of the Phoenix tournament. The previews had indicated that all the combatants would be fighting powerless, but that doesn’t seem to be the case, at least in this issue. I’m sure the parameters of the tournament will become more clear in future issues.

This is an Avengers book so several diverse heroes do make appearances. The major fight is between two white characters, but in the flashback sequence, T’Challa plays a significant role. There’s also a great appearance by a character I consider diverse, but won’t spoil. Further, we get a good look at several participants in the tournament, which include T’Challa, Shang-Chi, Luke Cage and a few other diverse characters. I’m certainly looking forward to seeing all these characters throw down!