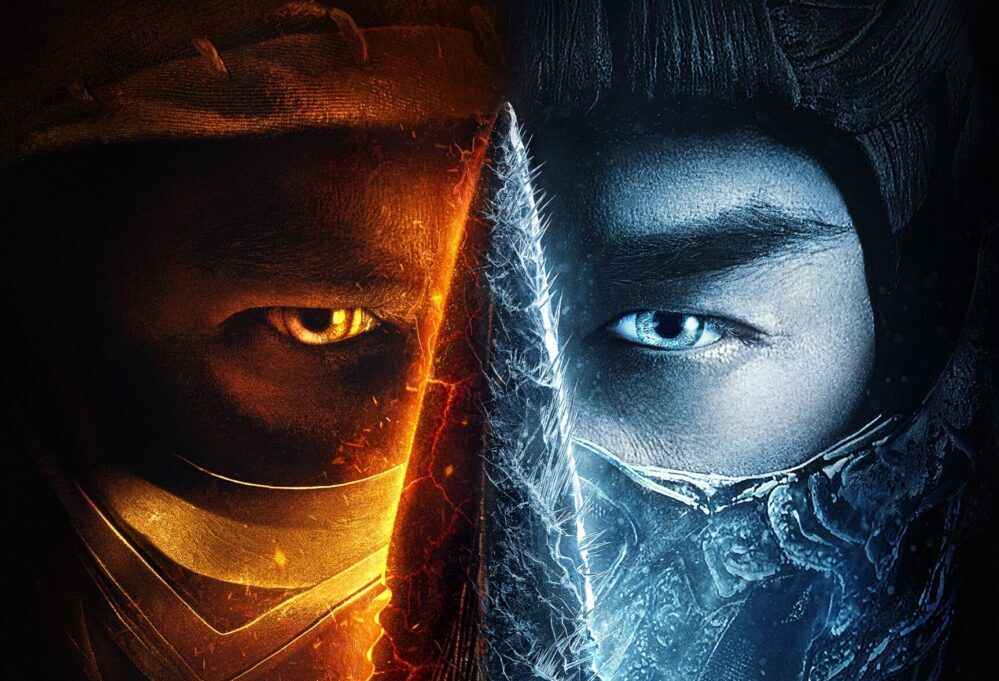 Mortal Kombat is one of the most enduring and beloved video game franchises ever. First released in 1992, the Mortal Kombat arcade game popularized and defined the fighting game genre and continued to evolve and maintain its popularity over the last 30 years. It’s incredible that I can vividly recall playing the original Mortal Kombat in actual arcades (do those exist anymore?) in my youth and in 2021 there’s a new Mortal Kombat film featuring one of diverse casts of any feature film.

Video game film adaptations have a checked history. So when it comes to Mortal Kombat, there are two curves. One is the fairly forgiving video game curve where the best video game films include Warcraft, Sonic the Hedgehog, Tomb Raider and the excellent Detective Pikachu. Second is the more expansive science fiction/fantasy, martial arts, genre films. Under the first category, Mortal Kombat is a worthy homage to its video game source material, with enjoyable callbacks and solid action. Under the second, it’s a film with strong elements that could have benefited greatly from a more focused and tighter story.

Mortal Kombat premieres April 23rd in theaters and on HBO Max for free for 31 days! Spoilers below!

Hanzo Hasashi (Hiroyuki Sanada) is a Japanese “ninja” (that’s what they call him) living with his family in picturesque Japan in 1617. His family is attacked and killed by Bi-Han (Joe Taslim) and the two duel until Bi-Han overcomes Hasashi and kills him. The only surviving member of Hasashi’s family is his infant daughter, who Raiden (Tadanobu Asano) rescues and takes away.

In modern day, Cole Young (Lewis Tan) is a struggling MMA fighter whose best days are behind him. He’s discovered by Jax (Mehcad Brooks), who is working with Sonya Blade (Jessica McNamee) to gather chosen warriors for an inter-dimensional tournament against Emperor Shang Tsung (Chin Han) and his Outworld champions.

The forces clash, culminating with Sub-Zero hunting down Young, until Hasashi, now known as the Scorpion, returns from the dead for a final fight.

Joe Taslim is absolutely awesome. Already an accomplished martial artist with a robust filmography under his belt, western audiences are finally getting better acquainted with Taslim through HBO Max’s Warrior and now Mortal Kombat. In my interview with Taslim last year, he talked about what a dream come true it was to play a character in a film about a game he used to play as a child in Indonesia and it’s clear that he’s perfect for the role.

The genius of Mortal Kombat is in casting Taslim to play possibly its most iconic character in Sub-Zero, and in creating genuinely unique and innovative uses for his ice powers. Some of the most mind-blowing Sub-Zero action was unfortunately already revealed in the official trailer, but there are numerous moments throughout the film when Sub-Zero’s powers are used in inspired ways.

Beyond that, Sub-Zero’s characterization is exceptional. He’s presented as a horror movie villain, suddenly and terrifyingly appearing in moments when our heroes know they have no hope of defeating him. If there’s one take away from this film, it’s that a Sub-Zero spin-off film would break records.

You can’t have Sub-Zero without Scorpion, and Hiroyuki Sanada is excellent as Taslim’s arch-nemesis. Sanada oozes charisma and his scenes with Taslim are easily the standout moments in the film. If only there were more of those moments.

When the cast for Mortal Kombat was announced, I was thrilled at what looked like pitch perfect casting choices in Taslim and Sanada. My excitement grew as the marketing very clearly centered the two with a Scorpion vs. Sub-Zero focused campaign. While Mortal Kombat has a fantastic roster of characters, Scorpion and Sub-Zero are easily the franchise’s most popular and commonly used in games. Their designs, weapons, fight moves and even catch phrases are iconic. A film about Scorpion vs. Sub-Zero can’t fail right? Right.

Unfortunately, marketing aside, Mortal Kombat isn’t about Scorpion vs. Sub-Zero. Instead, Sanada gets sidelined early in the film and doesn’t return until his inexplicable resurrection during the climactic battle.

Mortal Kombat actually centers the newly created character of Cole Young, who serves as the film’s proxy for the audience. He later discovers superhuman powers in the form of the ability to grow body armor and weapons out of his own skin and joins the battle, but it remains a mystery why the filmmakers decided to create a new character when there are already so many excellent existing characters that fans of the franchise are eager to see on the big screen.

There are certain films, like Godzilla vs. Kong, where audiences don’t need too much. Fans go in expecting a very specific form of entertainment, and if the film delivers, then it’s a success. For Godzilla vs. Kong, we wanted exactly what the title promised, and that’s exactly what we got. Two hours of Godzilla fighting Kong in an epic, mind-blowing kaiju battle.

For Mortal Kombat, fans want an epic fight tournament, beautiful creatures and effects, and plenty of gore. While a film like this can benefit from an emotionally evocative plot and character development, those are secondary to what needs to be its core competency.

Unfortunately, while Mortal Kombat started with a laudable effort in making the Scorpion a more fully fleshed out character, it then confusingly sidelined that character for the majority of the film. In doing so, the film also spent too much time on a character that fans have no connection to and stumbled over an ambiguous “tournament” that was discussed more than it was realized.

The good news is that the film does feature an incredibly diverse cast. Between Joe Taslim, Hiroyuki Sanada, Lewis Tan, Chin Han, Ludi Lin, Max Huang, Tadanobu Asano, Mehcad Brooks and Sisi Stringer, this is one of the rare tentpole films where the characters of color make up the overwhelming majority of the main cast. For that, coupled with Asian-American writer David Callaham on the script, this project should be praised.

Disappointingly however, much of those characters are excessively underdeveloped. Lin’s Liu Kang and Huang’s Kung Lao do very little beyond speaking like fortune cookies and doing martial arts. Stringer’s Mileena had no more than a couple of lines and little else to do.

With a large cast, it’s always a challenge to navigate giving each character’s screentime and development, which again raises the question as to why so much time was spent on a newly created character.

In “Mortal Kombat,” MMA fighter Cole Young, accustomed to taking a beating for money, is unaware of his heritage—or why Outworld’s Emperor Shang Tsung has sent his best warrior, Sub-Zero, an otherworldly Cryomancer, to hunt Cole down. Fearing for his family’s safety, Cole goes in search of Sonya Blade at the direction of Jax, a Special Forces Major who bears the same strange dragon marking Cole was born with. Soon, he finds himself at the temple of Lord Raiden, an Elder God and the protector of Earthrealm, who grants sanctuary to those who bear the mark. Here, Cole trains with experienced warriors Liu Kang, Kung Lao and rogue mercenary Kano, as he prepares to stand with Earth’s greatest champions against the enemies of Outworld in a high stakes battle for the universe. But will Cole be pushed hard enough to unlock his arcana—the immense power from within his soul—in time to save not only his family, but to stop Outworld once and for all?