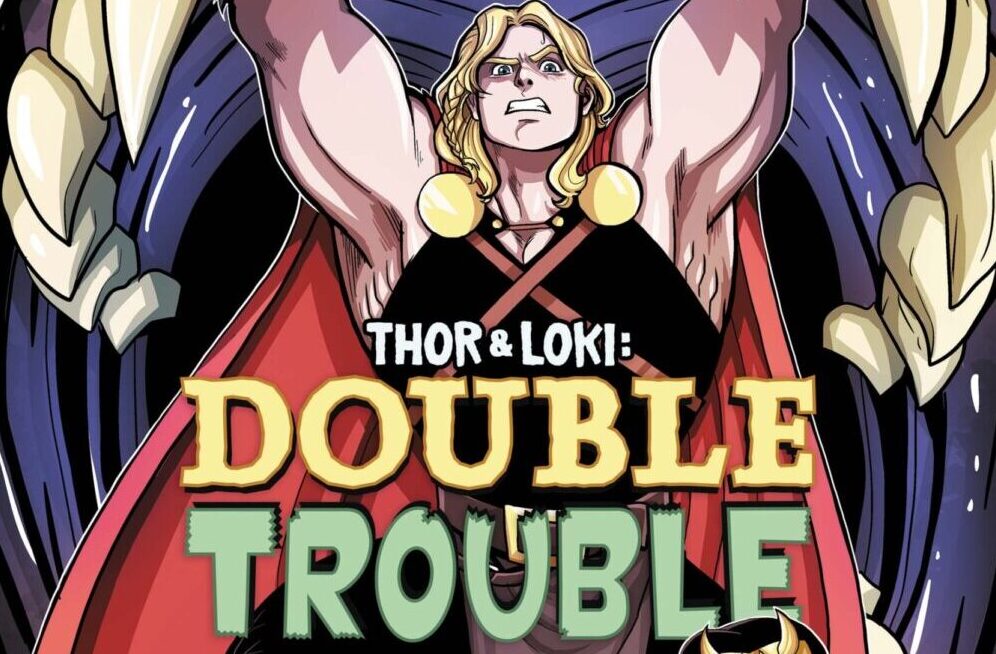 Thor and Loki have to get themself out of a bind – which is ultimately Loki’s doing, of course. Having to face off against the Midgard serpent, the two brothers also incur the wrath of Allfather, Odin. Which, evidently, is a lot scarier than dealing with the Midgard serpent.

If you missed issue #1, check out our review of the first issue.

In Thor & Loki: Double Trouble #2, Thor and Loki have their hands full. The pair has to deal with the Midgard serpent that Loki accidentally summoned at the end of the first issue. First, Thor uses his mighty hammer to try to quell the beast, and when that only serves to anger the serpent further, Loki attempts to stop it with some tricks he has up his sleeve. While both believe their separate plans to be the best option, the duo just makes an even bigger mess of things.

Still having to work together, whilst annoying one another, Thor and Loki do their best to set things right before Asgard falls into further shambles. However, an angry Allfather is not something the brothers were anticipating, and now they have another mess to clean up.

Similar to issue one, the brothers are at odds but need to come together for the greater good. Mariko Tamaki does a great job in showing both the warring forces between the brothers and showcasing their very different styles and attitudes in how to engage with their problems. While Thor typically chooses the route of brute force, Loki is set as his foil, trying to use some of his trickery to solve problems. In the end, neither proves to be the best option. Tamaki continues to create a compelling story that gives the readers insight into both brothers’ ways of thinking and their need to regroup in order to find a way to work together.

The dialogue from the duo is comedic and engaging, and continues to pair nicely with Gurihiru’s artwork. Once again, Thor & Loki: Double Trouble nails just what readers have come to love about the brotherly pair. It’s fun-filled and action-packed with great humor from start to finish. Sure to please any fans of the famed Asgardians, Thor & Loki: Double Trouble continues to be a great read. I am excited to see where the next issue brings the brothers – especially since it seems like there might be a cameo from someone else capable of wielding Mjolnir!