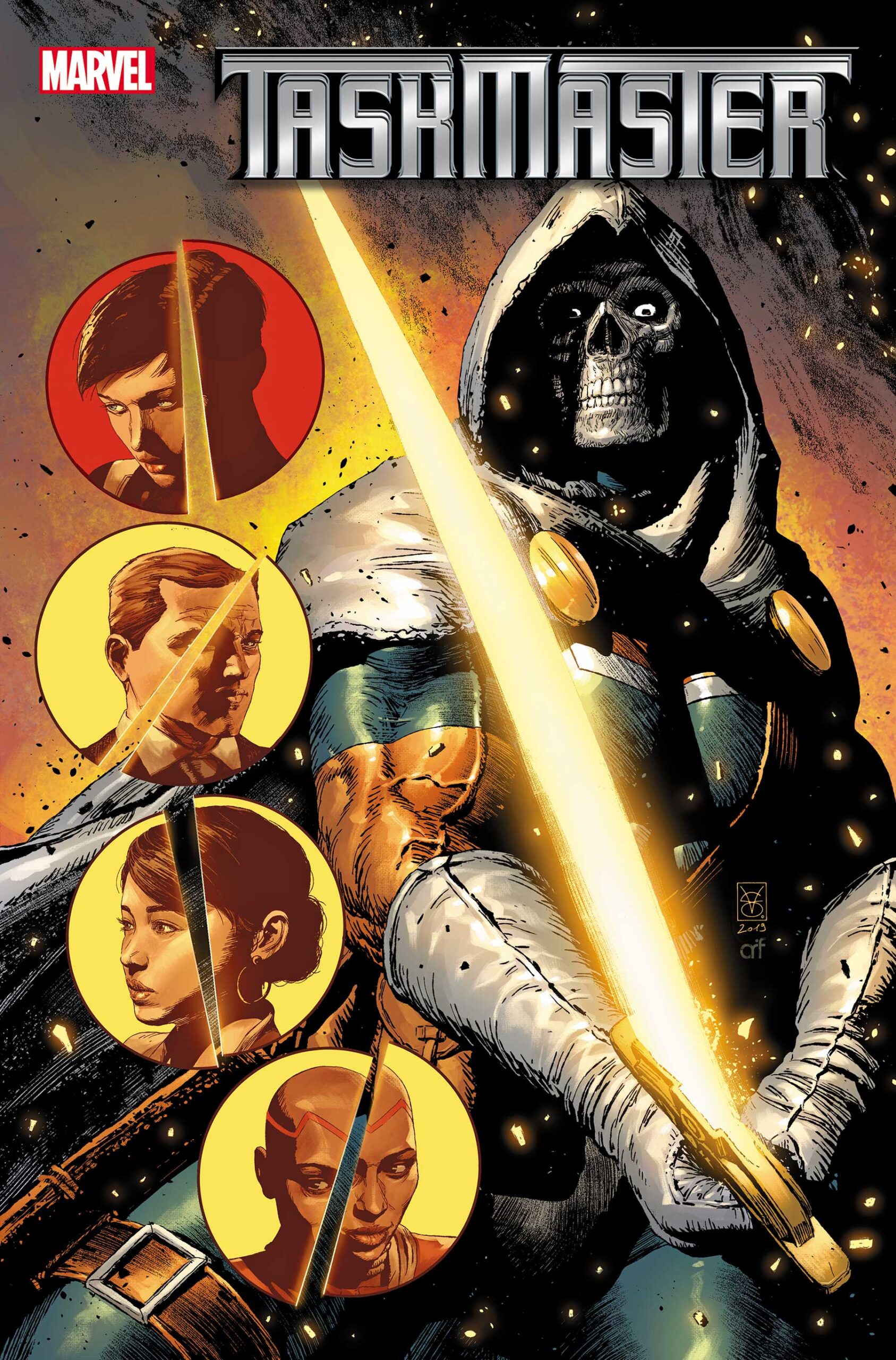 Stories that center a villain are always tough to pull off. After all, the best stories allow the reader to empathize with the protagonist, and who really wants to empathize with a villain (apparently more than I realized)? Going into Marvel Comics Taskmaster #1, I really didn’t know what to expect, and I was even a bit skeptical. This book was originally scheduled to launch in conjunction with the Marvel Studios film, Black Widow, but like everything in 2020, including its synergistic film, it was delayed. While the MCU film is currently scheduled for May 7, 2021, we get a taste of what’s to come with this new miniseries. While I’m sure that Marvel isn’t thrilled that the intended synergy didn’t work out, I actually think this could work out as a great advance re-introduction of Taskmaster prior to the film (whenever we get the film). Spoilers below!

TASKMASTER HAS MURDERED MARIA HILL! Or at least that’s what the whole world thinks. Now the greatest spies in the business are hunting him down and won’t stop until Taskmaster is dead or clears his own name! Follow JED MACKAY (BLACK CAT) and ALESSANDRO VITTI (SECRET WARRIORS) on a globe-spanning adventure that will send ripples through every corner of the Marvel Universe’s espionage community!

Tony Masters, Taskmaster, needs to pay the bills, so he’s minding his own business playing in a evil-celebrity golf tournament (this was a weird way to start the story) when it gets shot up. Seems like it wouldn’t be a great idea to come after a super-villain, but this would-be assassin turns out to be Black Widow herself.

In an amusing twist to conventional story-telling, we get to see Taskmaster run from Black Widow from the villain’s perspective. He’s terrified once he finds out who’s chasing him. Ironically, he’s saved by Nick Fury, who explains that everyone is after Taskmaster because he’s been framed for the murder for Maria Hill. In order to crack the code and clear his name, Taskmaster must find a way to get close, and learn to emulate, three highly guarded individuals – Okoye, Phil Coulson and Ami Han.

This book was entertaining. I had no idea that Taskmaster was so mouthy. I guess everyone wants to be Deadpool now. The story starts on the edge of absurd, a super-villain golf tournament seems completely ridiculous, but once the action gets going, it’s a fun read trying to figure out what’s going on, and sets up then next mission well. I loved seeing how terrified Taskmaster is of Black Widow. Do I want to read the next issue? Definitely.

It’s hard to take a “super-villain” too seriously when they’re struggling to pay the bills and having to do appearances while getting screamed at by random rich dudes. Daredevil arch-nemesis, Bullseye makes a brief appearance at the same weird golf tournament, and it just seemed like an odd way to undermine your villains. It was pretty funny though.

At first I was thinking story about Black Widow and Taskmaster doesn’t exactly highlight diversity (insert ScarJo joke here), but not only does Nick Fury play a prominent role in the story, but the end sets up potential visits to Wakanda to find Okoye, and South Korea to find Ami Han. My excitement for the rest of this series immediately went up exponentially at the prospect of an international storyline!

Solid start to the series that pleasantly surprised me. Definitely looking forward to the next issue!