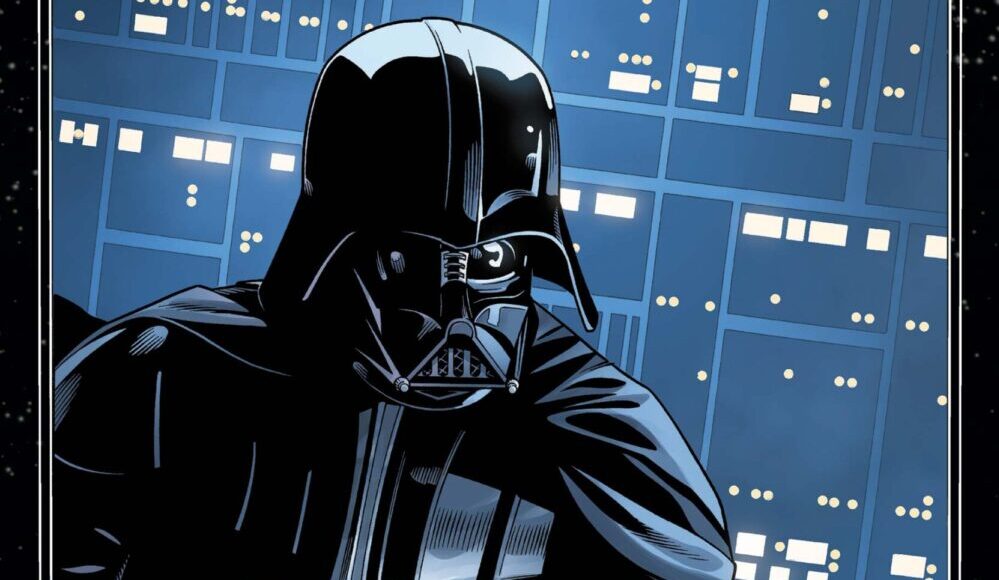 “I want to see your face when I teach you what it is to fear”. Vader is determined to get back at his master. Vader is to be feared but can he overcome the seemingly all knowing Emperor?

Writer: Greg Pak
Penciler: Raffaele Ienco
Cover Artist: Aaron Kuder
EXEGOL UNLEASHED! As punishment for his rebellion, DARTH VADER was broken by THE EMPEROR, his limbs shattered, forbidden to use THE FORCE. But after surviving OCHI OF BESTOON, THE EYE OF WEBBISH BOGG and the horrors of THE RED NEBULA, Vader stands on the verge of uncovering the Emperor’s greatest secrets. But will the revelations on EXEGOL empower Vader – or his master? And what new doom awaits LUKE SKYWALKER as a result?

The Emperor’s punishment concludes. Even when controlling the most dangerous creature in space, Darth Vader cannot defeat his master. Palpatine has prepared for every possible threat, besting Vader’s efforts. Vader fights foe after foe, until he comes face to face with a mountain of Kyber crystal. Kyber crystals power lightsabers, the Death Star, and soon the Final Order’s Star Destroyer fleet, as seen in Star Wars: The Rise of Skywalker. Kyber crystals are a living mineral, and when they serve the Sith, “the Kyber must suffer” as Vader says. They scream out in the Force, and from early on in the issue, Vader can feel that something was suffering unfathomable pain. Pain which he then felt and was overwhelmed by, until he agreed to continue serving his master.

At one point, Vader is confronted by many Sith Acolytes with knives. Vader uses the Force to grab the knives, and kills them all by plowing through them, similar to Yondu in The Guardians of the Galaxy film. I thought this was going to be a long fight, and it was impressive, most impressive, to see how quickly he dispatched his foes.

The issue ends with Vader choosing to stay with Palpatine, who is followed by the Umbaran, Mas Amedda, Vader and Ochi. With them serving Palpatine, what could stand in the way of the Empire? It’s a powerful shot, which followed by everything we saw on Exegol, makes Palpatine feel truly unbeatable.

Vader has a flashback where Luke is saying “You can destroy the Emperor. He has foreseen this. It is your destiny.” That scene makes me wonder if Vader partially chooses to stay so he can kill Palpatine later, or if it’s solely for power.

Since we’ve all seen the movies, we know Vader serves Palpatine until the end of his life, when he’s pulled back to the light by his son Luke. Given that, the last six issues feel a little redundant. It’s all Palpatine teaching Vader his place again, to restore Vader and have him move past his grief, but not much is really done to expand the lore during this time. It feels like an action packed arc without much development for Vader.

When we are underground, we see the planet killing Star Destroyers from The Rise of Skywalker. A decent number of them look like they’ve been constructed, which feels odd, since we know they’re not used for over thirty years. If some are ready, why not just unleash them now instead of waiting until after Palpatine’s death? There could be in-universe reasons for this, but seeing the completed Star Destroyers raises so many questions that I almost would rather not have seen the Destroyers at all. This of course is very nit-picky, because if the scene had them only half completed, or just being built, I would not have had a problem with it.